Obama: No excuses can be accepted in education

The president spoke at the commencement ceremony at Booker T. Washington High School 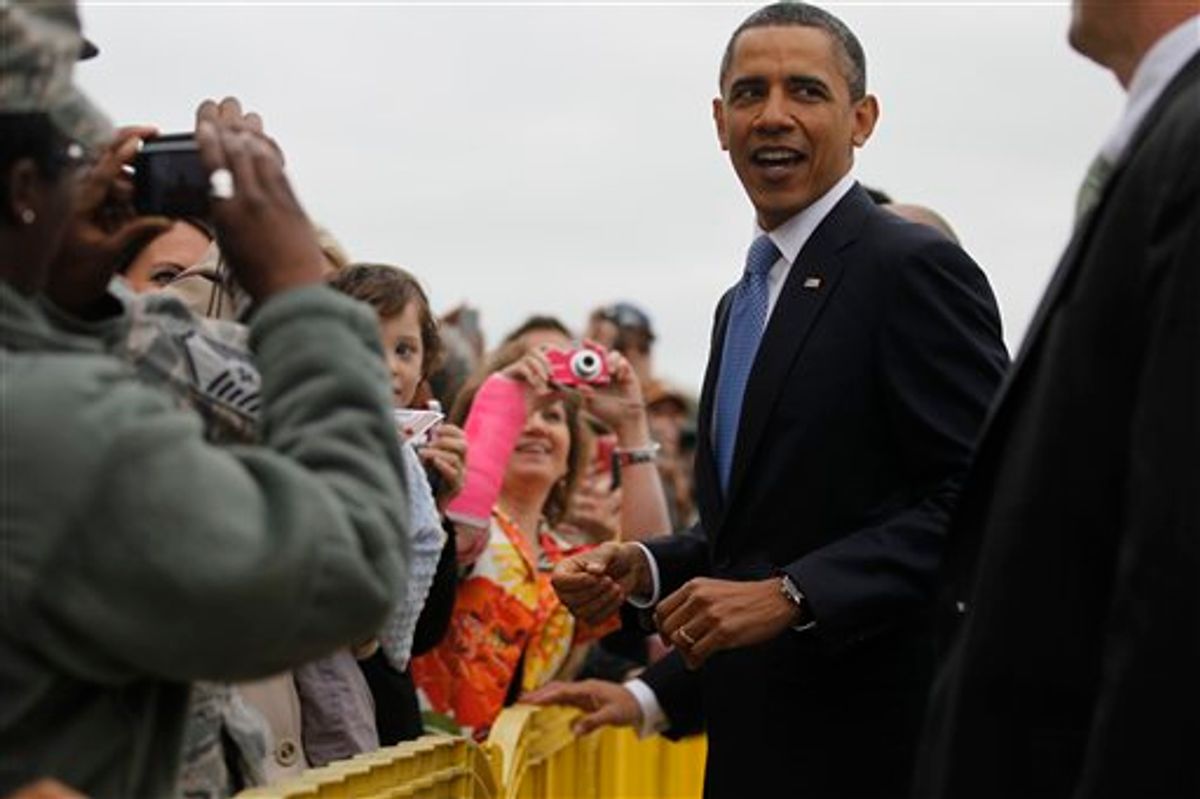 President Barack Obama says students graduating from a high school in a tough South Memphis neighborhood prove that no excuses should be accepted when it comes to education.

Obama is speaking at the commencement ceremony at Booker T. Washington High School, winner of this year's White House Race to the Top commencement challenge. The school saw its graduation rate drastically improve within three years after implementing education reforms and adding variety to its curriculum.

Obama said the school has been a leader in showing that education reform can't just be led by Washington; he says it depends on teachers, principals, and entire communities demanding a better future for their children. And he says the students at Booker T. Washington will appreciate their accomplishments more because they have earned them.

Aiming to offer both comfort and inspiration, President Barack Obama is traveling to Memphis where he will meet families and local officials who struggled through flooding caused by the swollen Mississippi River. He then will give a commencement address at a high school that has seen its graduation rates rise remarkably in just three years.

The two-pronged day will allow the president to draw attention to his education agenda while also attending to the latest natural disaster -- the snow melt and rain that have sent a torrent of water down the Mississippi, topping levees and forcing flooding along its path.

Obama will give the commencement address to graduates from Booker T. Washington High School, the winner of this year's White House Race to the Top High School Commencement Challenge. After implementing educational innovations and adding variety to its curriculum, the school saw its graduation rate jump from 55 percent in 2007 to nearly 82 percent in 2010. Changes at the school include separate freshmen academies for boys and girls and a greater choice of advanced placement classes.

The school was selected before high waters struck at some of the most poverty stricken communities along the Mississippi. The river crested at Memphis last week, just inches short of the record set in 1937. Some low-lying neighborhoods were inundated, but the city's high levees protected much of the rest of Memphis.

The river is now aiming at the Mississippi Delta, forcing officials to open a Louisiana spillway and flooding Cajun country to protects the cities of Baton Rouge and New Orleans.

Floodwaters along the Mississippi and its backed-up tributaries have already washed away crops and forced many people to flee to higher ground.