Once again, the Pentagon is co-opting electronic entertainment to sell us on the military 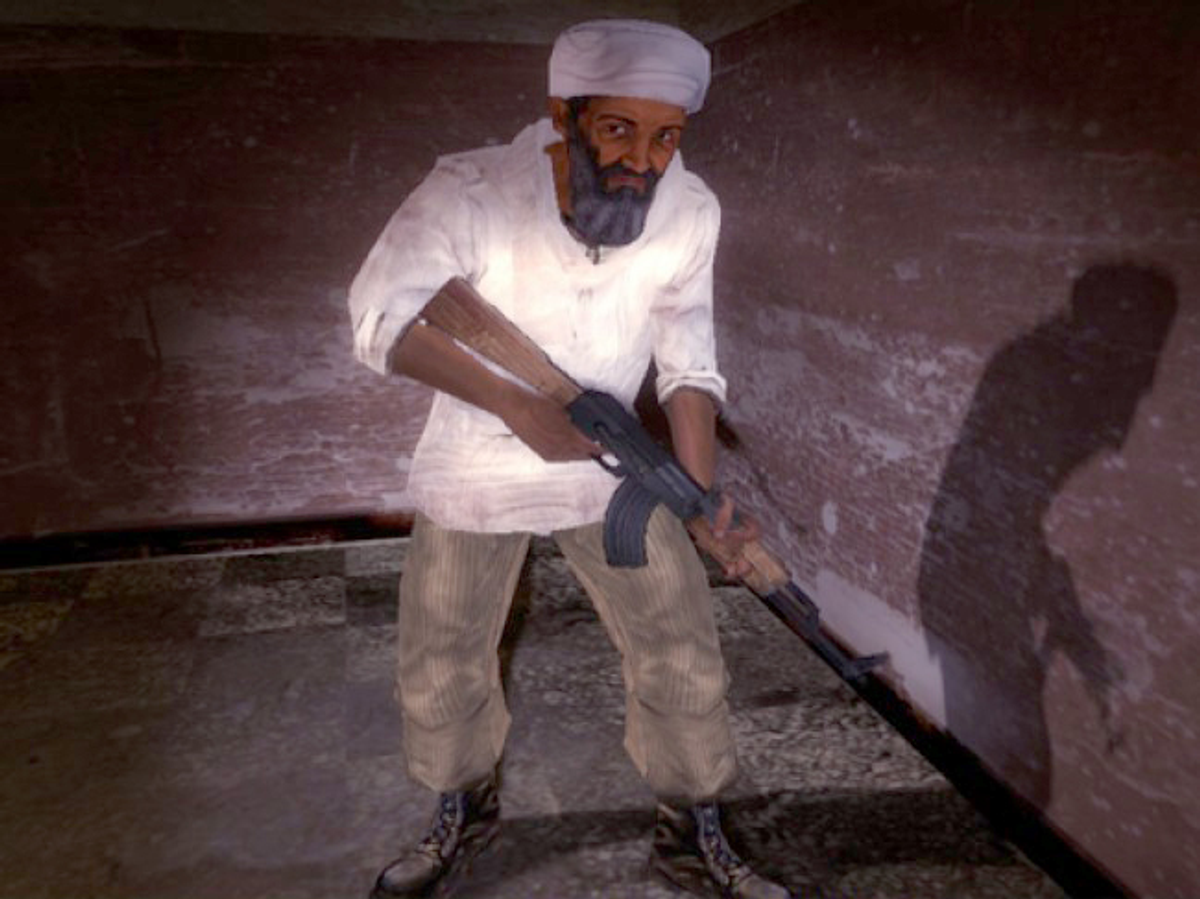 A screenshot from the video game "Kuma War"
--

Of late, the video game world has been making headlines with the release of two games -- "Counter Strike" and "Kuma War" -- themed to the killing of Osama bin Laden. Cue the now-standard debates over the effects of such a simulation on young childrens' minds. "Is the bin Laden kill game cathartic, educational or just ghoulish?" asks Kokatu. "Are video game re-creations of bin Laden's compound in poor taste?" wonders U.S. News and World Report. No doubt, we may soon see a rehash of the never-ending back-and-forth over whether such video games makes kids more violent (data suggests they don't).

These are certainly important short-term questions -- but they ignore a far deeper examination of the militarization of video games in general, how the Pentagon has embedded itself into the video game industry, and whether that means video games are selling a longer-term martial political ideology to the nation's youth. They ignore, in short, the far more important video-game story of the last few weeks -- the one briefly reported on this weekend by the Washington Post:

This month, the Office of Naval Research will roll out the military's first-ever online war game open to the public, crowd-sourcing the challenges of maritime security to thousands of "players" sitting in front of their computers... It aims to replicate a traditional military strategy session on an exponentially larger scale... Through virtual simulation and social media tools made popular on Twitter and Facebook, players will work together to respond to a series of make- believe geopolitical scenarios set off when private ships are hijacked off Somalia's coast.

This is only the latest chapter in the story of what Wired once called the Military-Entertainment Complex and how it underwrites the video game industry. It is a story traced by books like "From Sun Tzu to Xbox", "Smartbomb" and "All Your Base Are Belong to Us" -- a story that started way back with the first video games being developed by national research labs and defense contractors, then with the Pentagon subsidizing Atari's Battlezone and then with the military's creation of the Institute for Creative Technologies.

Out of all this came not only military-themed games from commercial firms, but also programs developed and promoted by the Pentagon itself -- projects like the Army Experience Center -- a massive recruitment-themed video-game arcade embedded in a major suburban mall -- and games like like America's Army, which according to its official product description, was developed by the military "as a global public relations initiative to help with recruitment" via a "a virtual web-based environment in which [kids] can explore [an] Army career." Now we get the Navy's maritime security game looking to crowdsource the ins and outs of counter-piracy tactics. Next month, it'll inevitably be something else.

We can, of course, continue the habit of pretending video games are just frivolous apolitical accoutrements of low culture -- and indeed, that's what we do when we focus critical video game discussions exclusively on the violence or obscenity debates.

But as evidenced most recently by the Post, the military sees video games as serious business in shaping the larger politics and ideology of the national security state. That means along with questioning a certain game's graphic nature or individual violence, we must also question whether we want video games being used by the Pentagon to promote the idea that society should deify, heroize and organize itself around the military -- aka. the purveyor of institutional violence.

Maybe in the era of "USA! USA!" chants, that is something we want. Then again, maybe not, considering polls on military spending and saber-rattling suggest we aren't nearly the militarist culture the media portrays us as. Either way, the ethics, morals and implications of the Pentagon-video-game nexus deserve far more attention than they've received.

In other words, it's time to finally admit and then honestly address what video games have become -- as much entertainment products as precision weapons in the Pentagon's propaganda wars.