The case for shameful fantasies 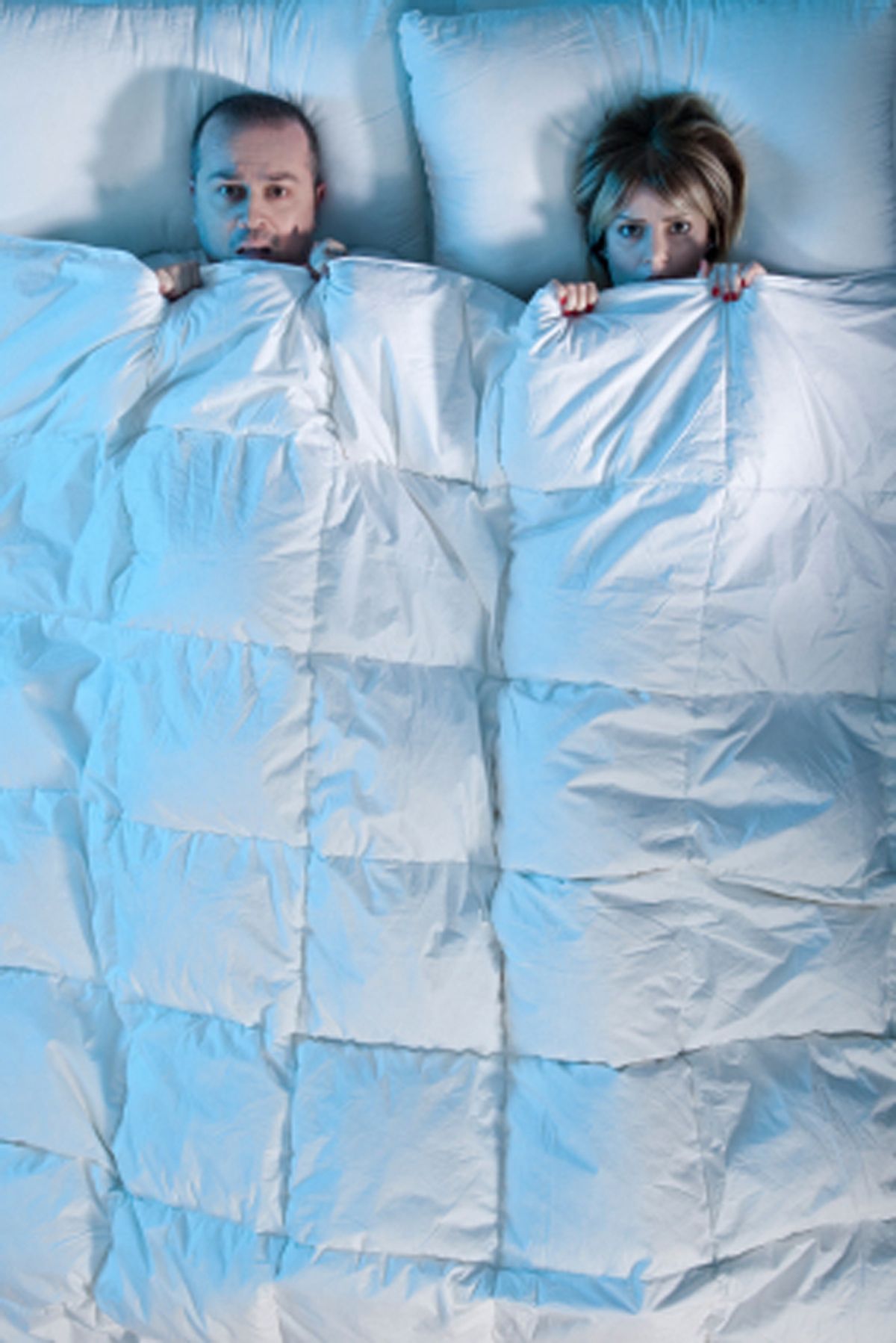 When I've inquired about my partners' fantasies, it's often scared the crap out of them. Want to make a man stutter in bed? Ask him to describe the peaks and valleys of his personal erotic landscape. Men aren't used to talking about these things -- except for when it's in the course of an emotional interrogation (i.e. "So you like fake boobs, then, huh?"). It's fascinating, though, to see how a person's character and life experiences influence the private realm of fantasy. There's tremendous vulnerability and intimacy in sharing these things -- like a cat rolling over to show you its belly.

I can't tell you how often I have encountered or gotten emails from men who are distressed by their socially unacceptable fantasies. They insist that they have no desire to pursue such encounters in real life, but they worry about the fact that this imagery has taken up residence in their mind. These are guys who identify as straight but occasionally like to imagine sexual encounters with other men, or who find themselves returning to the thought of sex with a teenage girl. Then there is the occasional woman with a rape or submission fantasy, which studies have shown are incredibly common.

The truth is, as I wrote in my recent piece on what Internet searches reveal about human desire, there are a lot of unsavory, politically incorrect aspects to our sexual imaginations. These shadowy caves of the sexual psyche tend to reveal fundamental inner conflicts and can be at odds with our public personae. But it's most important to recognize that these scenarios are frequently things we don't want to experience in reality. Plenty of things are titillating as ideas but repulsive, or at least disappointing, in reality. Fantasies are like dreams -- they aren't right or wrong; they just are.

The whole reality-fantasy line gets blurred when it comes to pornography, which is part of why debates about it are so contentious; these are scenarios brought to life by real people. Underneath all the arguments about the industry and objectification, exploitation and cultural influence, though, there is often a fundamental disagreement with the fact that these acted-out fantasies exist in the first place. That sort of resistance to reality -- and to the distinction between fact and imagination -- deserves conquering; and sex will be better for it, whether you're partnered or alone.