The case against vacation photos

When I started sketching instead of using my camera, it revolutionized my travel experience 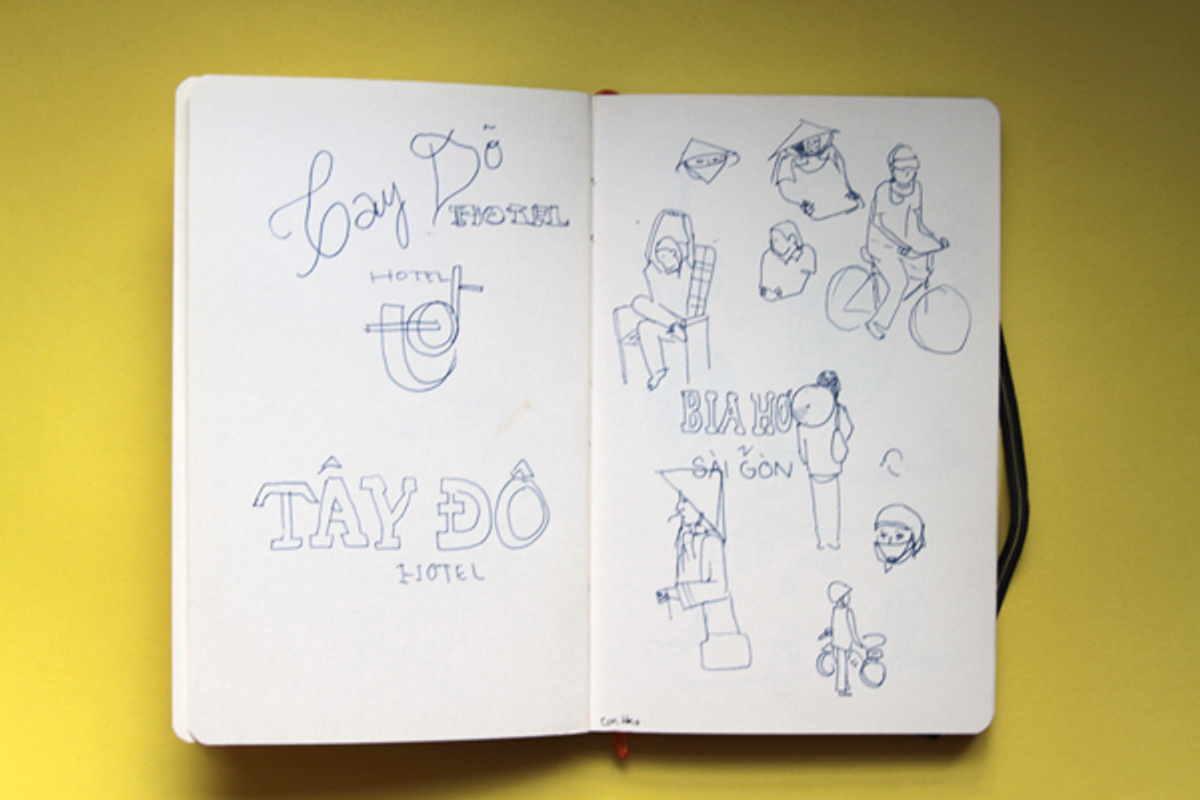 A few years ago, I stopped bringing a camera on vacation. It has been an amazing experiment and I haven't regretted it once. Traveling to a foreign country without a camera feels like that recurring nightmare of showing up to school with no shoes on. At first you feel unprepared, naked and as though you are missing some of the greatest photo opportunities in the world. It is scary but you have to be brave.

Soon, you relax and realize you are actually seeing the greatest photo opportunities in the world. And, instead of digging through your pack to grab a camera, turn it on, and unconsciously freeze all the light in front of you into a small digital file only to be dumped onto your computer then Flickr page, you are actually, well, thinking about what's going on. (OK, so my girlfriend/travel buddy is an amazing photographer and brings a camera or two, which puts me at ease, but stay with me on this). Taking a photograph of the Eiffel Tower, for example, seems ridiculous. There are millions of photos of the Eiffel Tower. If I were to take my own photo, I doubt I could pick it out from a crowd. By drawing, though, I would spend about 25 minutes looking at the Eiffel Tower, rather than 1/30 of a second, burning it into my brain rather than the digital sensor.

I know this sounds heavy-handed but I encourage everyone to try it on their vacations. I've substituted photograph making (like a smoker would use chewing gum) with a notebook and pens. Every time I feel the urge to take a photograph, I pull out my notebook and draw the scene. I've learned a lot more about the places I've been and, in every country I've traveled to, this method usually created a mob of children around us in any public park. These interactions have been some of the best cultural travel experiences I've had, beating any and all museums in the world.

Of course, I learned this method of substituting the pen for the camera from two of my heroes. Jason Polan, the amazing artist whom you may know from his New York Post fame as the man who is trying to draw everyone in New York, has been a huge influence on me. His ability to capture scenes in just a few lines is an obvious talent that lies not in his hands, but in his ability to see (more posts on Jason in the future). Maira Kalman is my favorite living artist. Her painted blog for the New York Times brings me to my knees and proves not only her amazing mind, but her ability to understand and communicate a message through a combination of words and painted images.

Below are some scenes from the sketchbook I took to Vietnam last summer -- scenes I had a distinct urge to photograph but drew instead. Looking back at these drawings while planning our next trip, I'm flooded with memories and environments rather than accurate depictions of where I was. Of course, I also look at my girlfriend's photos a lot, to remember what it actually looked like.

*All illustrations by August Heffner