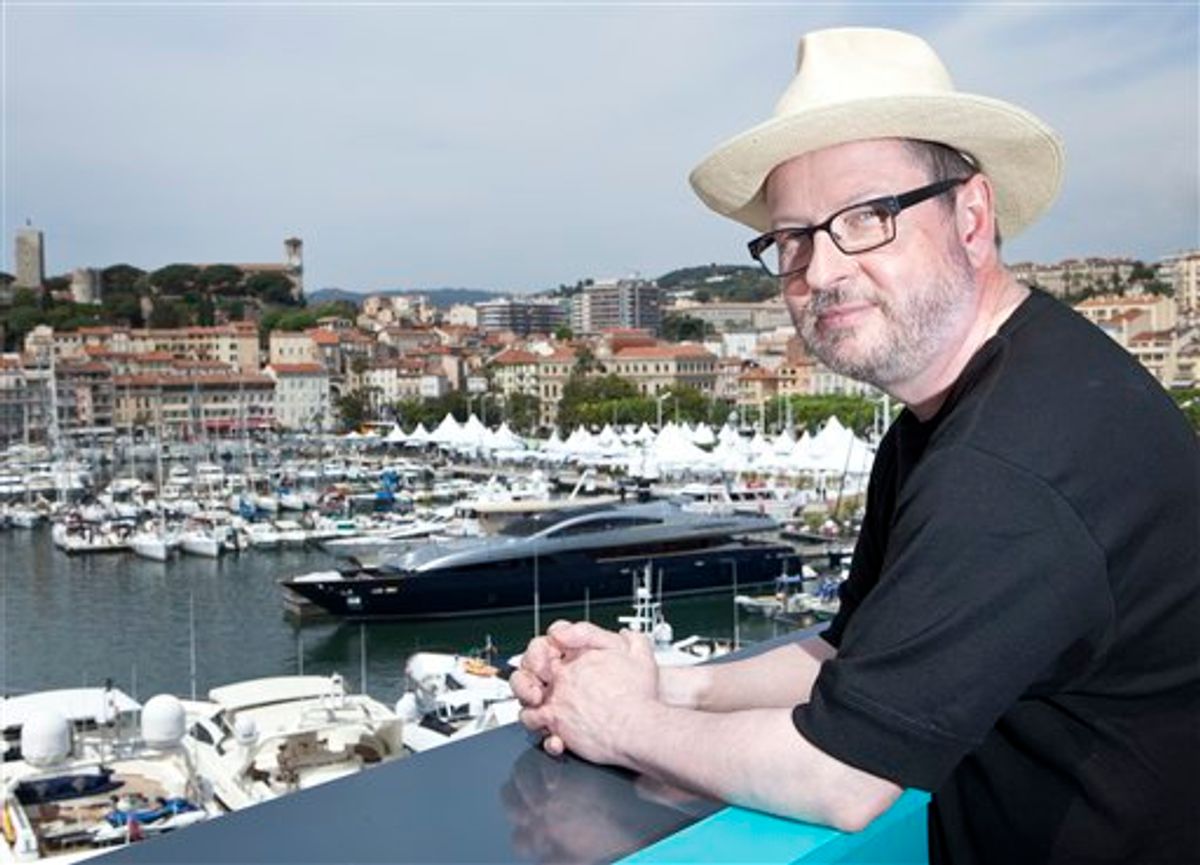 Cannes Film Festival organizers say they are "disturbed" by comments about Adolf Hitler made by Danish filmmaker Lars von Trier.

They say von Trier has explained he "allowed himself to be egged on by a provocation" in a news conference. The festival said Wednesday "he presents his apology."

In the news conference that followed the screening of his latest film, "Melancholia," von Trier launched into a rambling monologue about his German heritage, at one point saying "I understand Hitler."

Von Trier's remarks stirred up reporters, and left Dunst and co-stars such as Charlotte Gainsbourg sitting uneasily alongside their director at a press conference Wednesday after his apocalyptic drama "Melancholia" had its first screening.

In an interview afterward, von Trier said he had been joking and did not think people took his comments seriously.

But he had reporters buzzing as he commented about his German heritage. Von Trier launched into a rambling train of thoughts, starting with how he used to think he was a Jew and his disappointment when he learned he was not.

"I really wanted to be a Jew, and then I found out that I was really a Nazi, because, you know, my family was German," von Trier said. "Which also gave me some pleasure. ...

"What can I say? I understand Hitler, but I think he did some wrong things, yes, absolutely. But I can see him sitting in his bunker in the end," von Trier said. "He's not what you would call a good guy, but I understand much about him, and I sympathize with him a little bit. But come on, I'm not for the Second World War, and I'm not against Jews. ...

"I am very much for Jews. No, not too much, because Israel is a pain in the ass."

Von Trier then asked, "How can I get out of this sentence?"

Going on to say he liked Hitler aide Albert Speer, von Trier finally wrapped up with the wisecrack, "OK, I'm a Nazi."

Afterward, von Trier told The Associated Press the remarks just spilled out without any forethought.

"I don't have so much to say, so I kind of have to improvise a little and just to let the feelings I have kind of come out into words," von Trier said. "This whole Nazi thing, I don't know where it came from, but you spend a lot of time in Germany, you sometimes want to feel a little free and just talk about this (expletive), you know?"

Dunst, Gainsbourg and other "Melancholia" co-stars including John Hurt and Stellan Skarsgard sat stiff and stony-faced through most of von Trier's comments. At one point, though, Dunst leaned over and whispered to von Trier, "Oh my God, this is terrible."

In an interview later, Dunst said von Trier felt embarrassed about the remarks.

"He likes to run his mouth," Dunst said. "I think he dug himself in a deep hole today."

"Now she wants more. That's how women are, and Charlotte is behind this. They want a really, really, really hardcore film this time, and I'm doing my best," von Trier said, as Dunst and Gainsbourg chuckled uncomfortably beside him.

Von Trier has a long history of agitating Cannes crowds. His 2000 drama "Dancer in the Dark" won the festival's top prize, the Palme d'Or, but the film sharply divided audiences, some loving it, some hating it.

Two years ago, his marital saga "Antichrist" aggravated many Cannes viewers with its torture-porn images, though the film went on to win the festival's best-actress award for Gainsbourg.

Opening in U.S. theaters this fall, "Melancholia" casts Dunst as a woman in deep depression that turns her wedding day at the home of her sister (Gainsbourg) into a disaster. The story plays out against an end-of-the-world backdrop as a planet called Melancholia, which fittingly changes colors from blue to black, heads on a possible collision course with Earth.

"Melancholia" earned polite applause after a press screening but none of the sharp booing that sometimes greets troubling films at Cannes, von Trier's among them. Some critics were underwhelmed by the family dynamic von Trier created but praised the film's gorgeous visuals and emotional prologue.

Von Trier himself played critic on the film, saying there are things he likes about it but that some of the images look terrible to him.

"Maybe it's crap," von Trier joked. "Of course, I hope not. But there is quite a big possibility that this might be, you know, really not worth seeing."