His flack fights back against the armed sheep literati 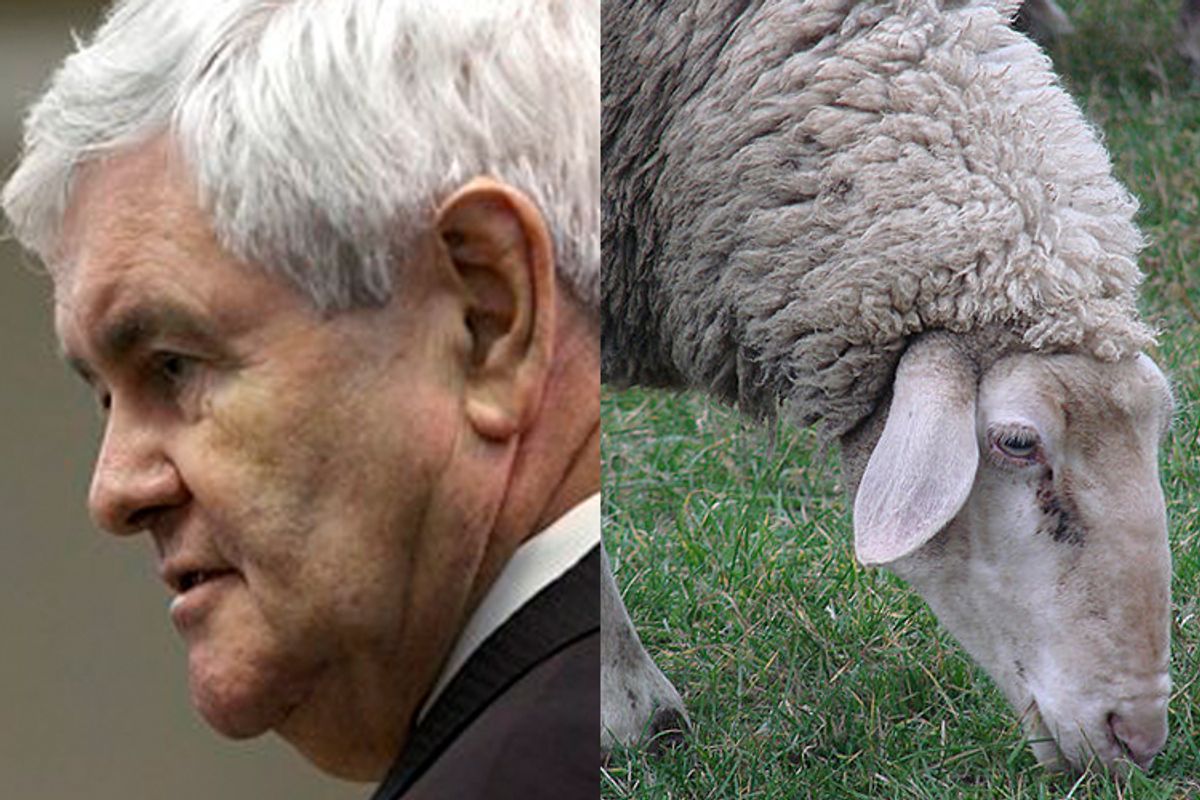 Maybe you're sick of hearing about Newt Gingrich, who has had quite a week, but his press secretary Rick Tyler (previously) clearly wants you to keep paying a great deal of attention to the former House speaker's inability to go six hours without humiliating himself.

In response to ... everything, I guess, Tyler wrote this to the Huffington Post's Michael Calderone:

"The literati sent out their minions to do their bidding," Tyler wrote. "Washington cannot tolerate threats from outsiders who might disrupt their comfortable world. The firefight started when the cowardly sensed weakness. They fired timidly at first, then the sheep not wanting to be dropped from the establishment’s cocktail party invite list unloaded their entire clip, firing without taking aim their distortions and falsehoods. Now they are left exposed by their bylines and handles. But surely they had killed him off. This is the way it always worked. A lesser person could not have survived the first few minutes of the onslaught. But out of the billowing smoke and dust of tweets and trivia emerged Gingrich, once again ready to lead those who won’t be intimated by the political elite and are ready to take on the challenges America faces.”

Newt Gingrich is an outsider, and armed sheep who belong to the nation's literary elite are shooting distortion-bullets at him, because they are cowardly and fear being uninvited to cocktail parties. The sheep thought they killed Newt Gingrich with falsehood guns, but it turned out he was OK because the guns only produced some sort of smoke made up of particles of Internet posts and inessential knowledge.

The War Room has obtained video of one of the "establishment cocktail parties" described by Tyler: