The GOP's vibrant, robust debate on the U.S.-Israel relationship 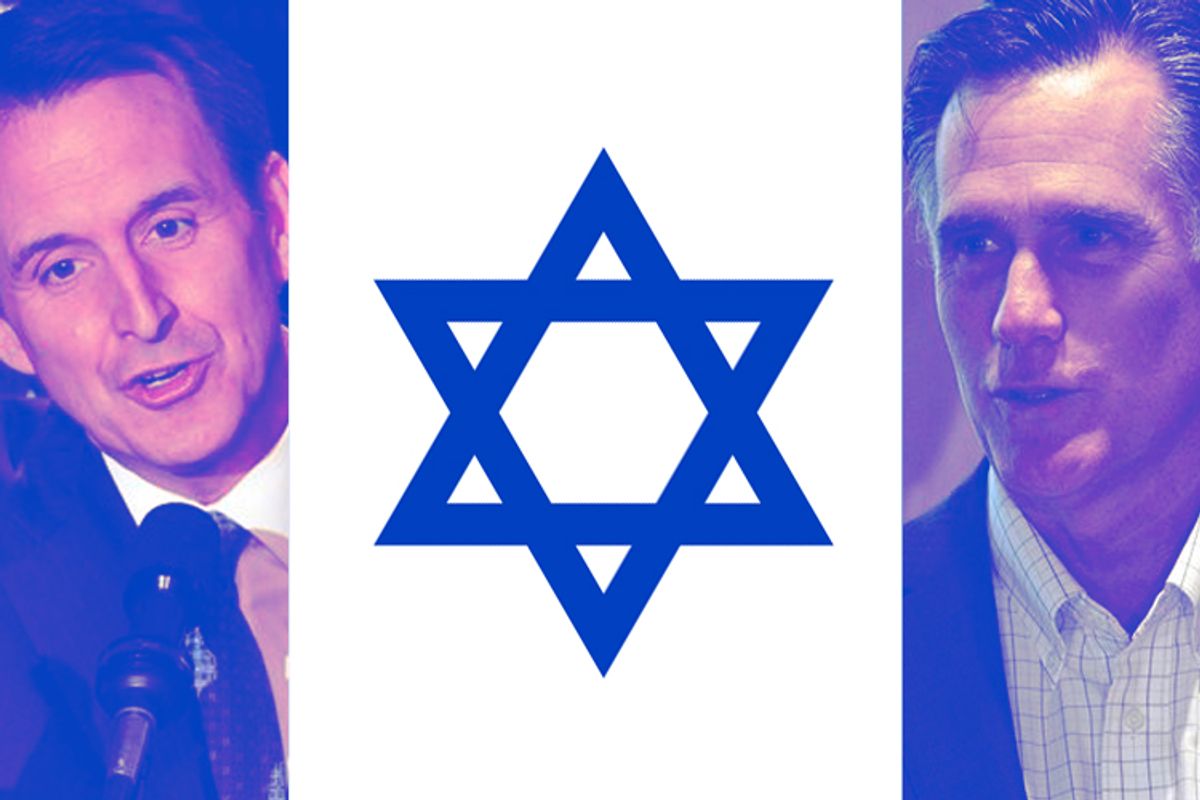 Don't expect much debate on the Israel-Palestine conflict and America's continuing overwhelming military support of Israel in the Republican primary. With the exception of Ron Paul, the Republican candidates have been as robotic and predictable as ever on the Mideast conflict.

Here's a taste of the recent statements by members of the GOP field:

President Obama should use his meeting with Prime Minister Netanyahu to stand with Israel and oppose a unilateral declaration of Palestinian statehood at the United Nations. ... Israel has been seeking peace for all of its 63 years.  Strong and reliable American support for this important ally is the best way to move closer to that goal.

The Obama administration has been seeking a way to avoid vetoing a U.N. Security Council resolution condemning Israel. It has floated the idea of meeting Israel’s critics halfway with a U.N. “presidential statement” calling Israeli settlements “illegitimate.” Whether or not such a statement is actually issued, the very idea is a mistake.

(The administration did in fact veto that resolution, which criticized Jewish settlements in the West Bank.)

[W]e must stand by Israel, especially at a time when it appears increasingly to be standing alone. The recent dislocation of the old order in the Middle East will usher in a new one. And anti- Israel elements are working overtime, all across the world, to take advantage of this opportunity. The danger will grow exponentially if Iran succeeds in its procurement of a nuclear weapon.

I believe that our good relationship [with Israel] should be made a great relationship. And the Cain doctrine would simply be, "You mess with Israel, you're messing with the United States of America."

Of course, we shouldn't expect much real debate on Israel-Palestine in the general election either. The Republican nominee will likely try to attack Obama on the issue. But the truth is, in line with the dominant bipartisan consensus, Obama has kept billions of dollars of U.S. military aid flowing to Israel and has not significantly changed our diplomatic policy on the conflict. The president is set to address the bigfoot of the pro-Israel lobby this weekend, the American Israel Public Affairs Committee (AIPAC).