The healing power of "Philadelphia"

I had just lost my partner to AIDS. I didn't expect to find solace in a cinema filled with strangers 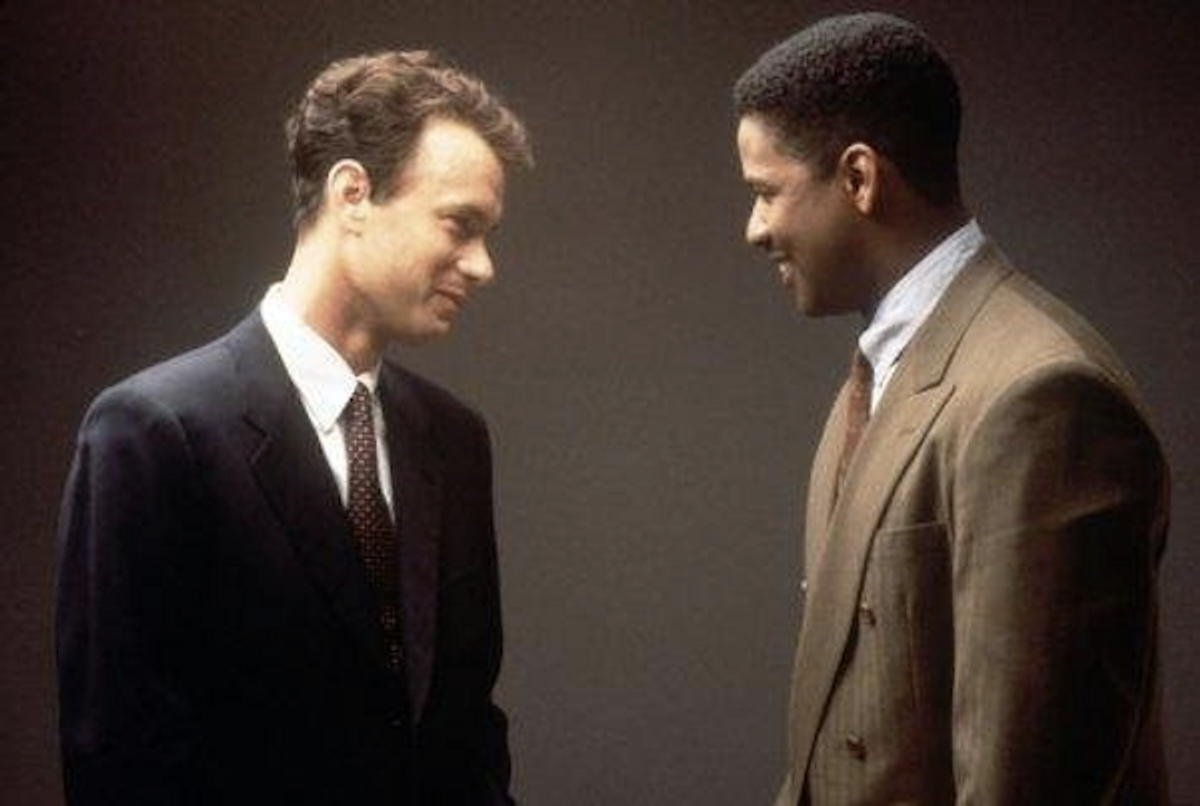 1994 was a rough year; my long-term partner David had just passed away from AIDS. This was back in the early '90s when the deaths were grizzly, drawn out, movie-of-the-week affairs. For three years, he had been in and out of hospitals until he was finally sent home when there "wasn't anything left to do." We set up a bedroom with a hospital bed and arranged for around-the-clock nursing. The few weeks he was given to live dragged out into an excruciating three months. And every morning I got suited up to go to work at an office where I couldn't discuss what was going on with my partner, much less with me.

After he finally passed away, I had a come-to-Jesus meeting with my doctor. For the past three years, everything had been about David; I'd put myself on the back burner. "So, Doc, just how long do I have?" He told me I could expect another six months of good health, "at most."

At the time, AIDS was pretty much a death sentence. And I wasn't all that far behind my partner's progression. Yet it proved to be a critical difference. As new drugs became available, he was always too sick to take them. I was always just in time. But my prospects were still dim. So I did what a lot of people would. I took his insurance money, some time off, and planned a budget summer in Europe. Traveling abroad for the first time was the big thing at the top of my bucket list.

The movie "Philadelphia" had already come and gone in the States, but it was all over Europe that summer. I went to it the first time to see what it would be like dubbed in a foreign language. Yet, between my recent loss and my own situation, I found myself weeping uncontrollably. In that movie theater, in a strange place an ocean away, among strange people I'd never see again, I just let the tears go. The same thing happened the next time I saw it, in Germany, I think. I got some strange glances, but people let me sob in peace. Over the course of that summer, I saw "Philadelphia" at least eight or nine times. Sometimes it was in English with subtitles; more often it was dubbed into another language. It made no difference; I grew so familiar with the movie I knew exactly what they were saying, no matter if it was in Italian, German or Spanish. Over time, my sobbing subsided. In cinemas across Europe, I finally let go of some of my grief.

There was another bit of pop culture that ran through every place I visited, every bar, every restaurant like a theme song. That summer, the Pet Shop boys had released the song "Go West," a peppy euro-dance cover of the old Village people song. "Go West" was a celebration of leaving oppressive small-minded towns and moving out to California where there was acceptance for gays. Just as "Philadelphia" allowed me to work through my grief, "Go West" helped me rediscover a small bit of hope and optimism.

I learned a lot that summer. I had this crazy notion that I had to see every church, every historic spot in every city. Then after collapsing from exhaustion, I realized you can only do so much. I found beauty and grace in many places I expected to, but in surprising ones as well. I learned that people can be giving and open. And I learned to give myself some slack.