One record short of contractual fulfillment, the country music star finds himself in an "Emotional Traffic" jam 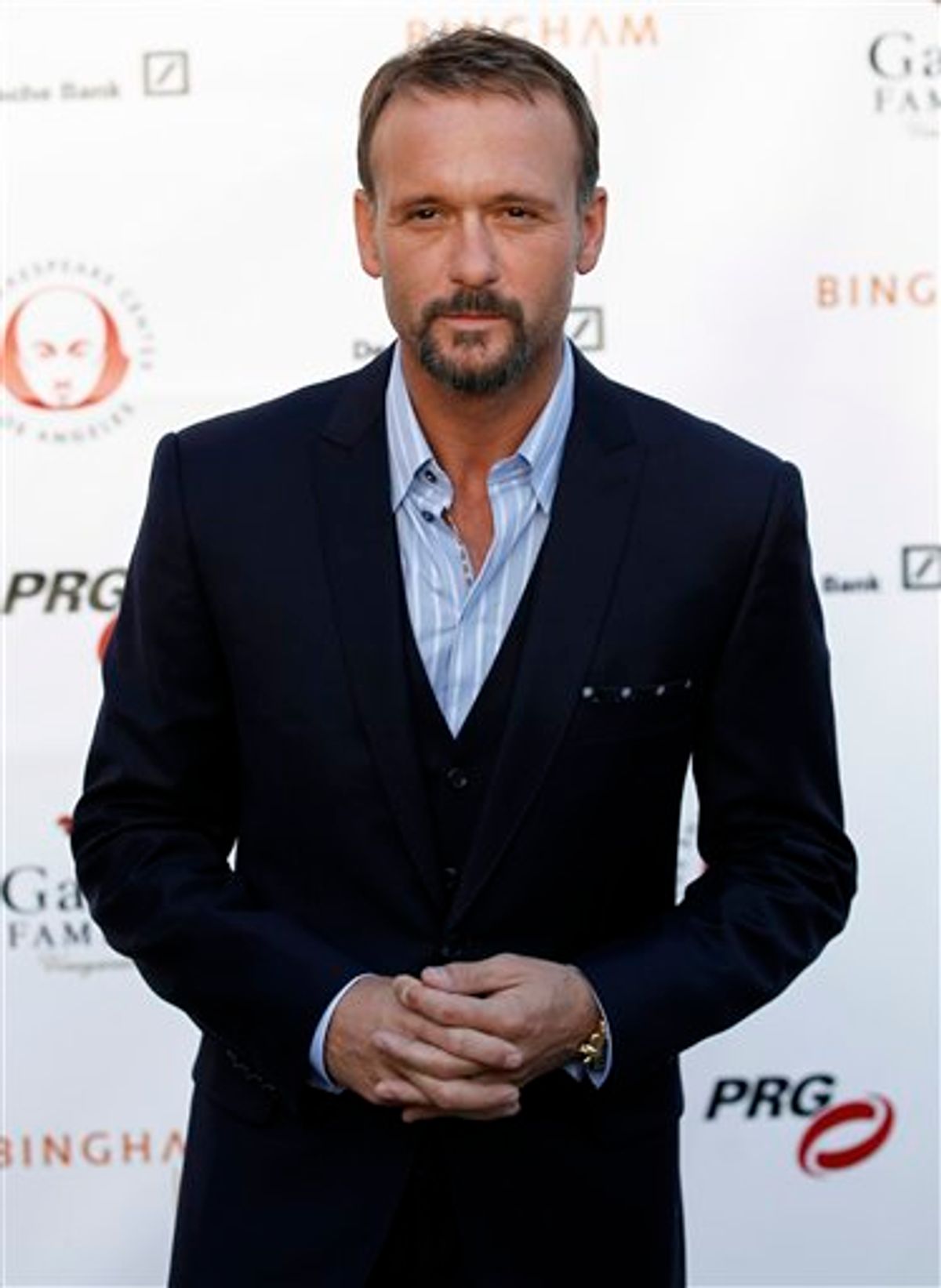 FILE - In this May 9, 2011 file photo, actor and musician Tim McGraw arrives at The Shakespeare Center of Los Angeles' 21st Annual Simply Shakespeare Fundraiser in Los Angeles. Curb Records has filed a breach-of-contract lawsuit against McGraw, claiming the country superstar failed to provide a fifth and final album under their deal that met contractual obligations by an April deadline. (AP Photo/Matt Sayles, file) (AP)
--

Tim McGraw and Curb Records could be headed to court over an unreleased album.

The independent record label has filed a breach-of-contract lawsuit against McGraw, claiming the country superstar failed to provide a fifth and final album that met contractual obligations by an April deadline.

A statement from McGraw's spokeswoman says the singer turned in "Emotional Traffic" last fall and that Curb is holding the album "hostage" in an attempt to keep the singer "perpetually" under contract. The label contends some of the songs were recorded so long ago they violate terms of the deal.

Curb asks a judge to force McGraw to turn in new material for a fifth album, bar him from signing with another label and nullify a 2001 agreement that eliminated a sixth record from McGraw's contract.