What Maria Shriver can't teach you about cheating

Once again, a celebrity affair leads to paranoia. But here's why adultery isn't the real problem 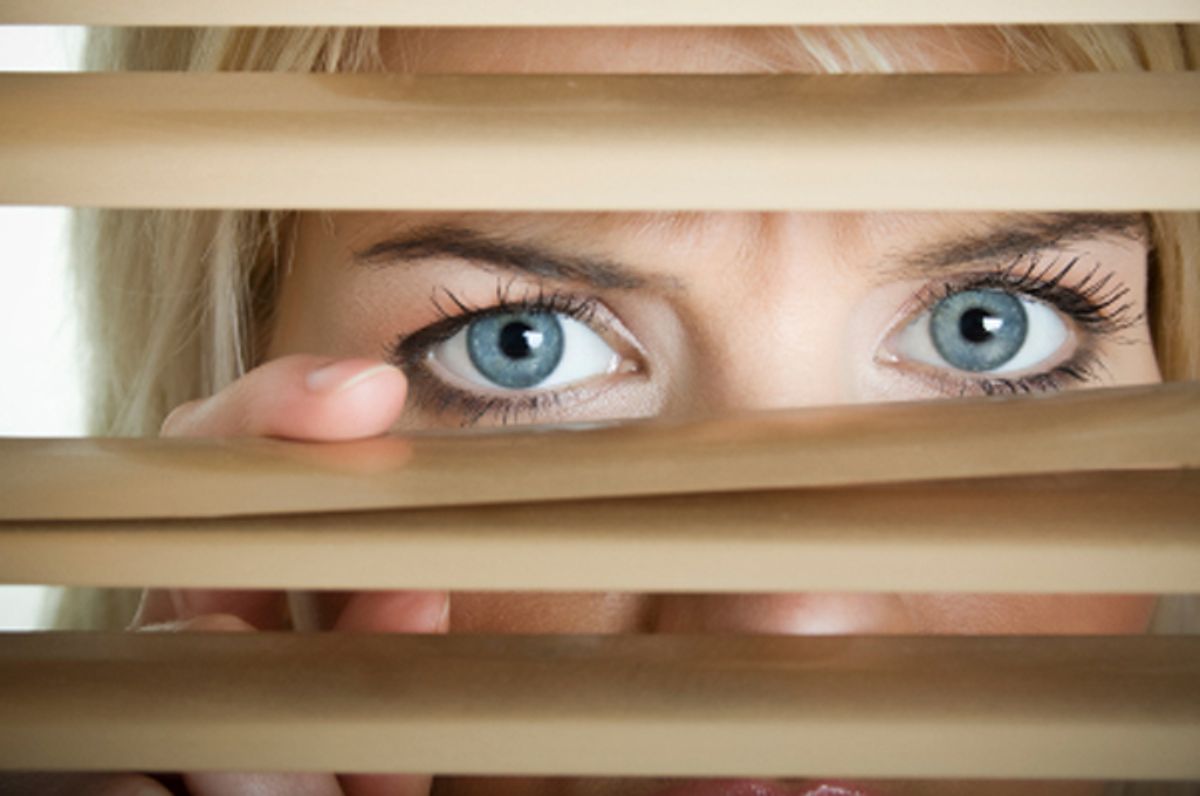 A book publicist just sent me an email with the subject line: "Suspicious of your hubby? Don't be Maria Shriver." The title she's promoting is "The Married Man's Guide to Cheating" -- but, apparently, the Schwarzenegger affair presents a golden opportunity to market the book to women. It's a choice example of the absurdity and shamelessness of the market for advice on how to keep your man from cheating or catch him if he's already strayed.

There are countless books on the subject that boast secrets to prevention (for example, "Emotional Infidelity: How to Affair-Proof Your Marriage and 10 Other Secrets to a Great Relationship") or evidence-gathering ("Is He Cheating on You? 829 Telltale Signs"). Naturally, the Web provides even sadder examples: There are sites promoting everything from GPS tracking devices to computer spyware to lessons on "how to become a human lie detector." My favorite is the website for the guide "How to Detect An Affair," which promises "rock solid proof that your partner is cheating on you in 48 hours." It's rather poetic that it specifically promises damning proof of an affair -- rather than evidence one way or another -- because, I mean, if you're paying $50 for the eBook on cheating, chances are there's a reason. Similarly, Catch a Cheat boasts "3 sure-fire tactics of getting them to cheat right before your eyes." Buy your self-fulfilling prophecy now!

This sort of advice is only fueled by news of celebrity affairs. Cosmopolitan magazine just ran a feature titled "How to Tell if a Guy Is Cheating" with the warning, "Arnold Schwarzenegger isn't the only man to stray when he already has a fabulous woman by his side. Do the headlines have you spooked? Here are the surprising signs a dude is being unfaithful." The magazine, good at nothing if not repacking the same content over and over again, also ran a piece titled "How to Keep Him From Cheating" after Angelina Jolie confirmed that she fell for Brad Pitt while filming "Mr. and Mrs. Smith." That article cautioned, "Man-eating coworkers aren't occupational hazards just in Hollywood."

Clearly, there is a hunger to learn from these women's supposed missteps. Did Jesse James cheat because Sandra Bullock was boring in bed? Should Jenny Sanford have known her hubby was going to cheat when he removed the infidelity clause from their prenup? Could Hillary Clinton have picked up on Bill's interest in Monica and circumvented the fling? Identifying an egregious mistake on the woman's part might give insecure wives and girlfriends an illusion of control and power, but you don't end up "being Maria Shriver" without some critical underlying relationship problems.

That's part of why the search for evidence is so misguided. It's not as though mistrust and emotional disconnection are OK so long as he isn't really cheating. The truth is that if you're entertaining the idea of buying "How to Detect an Affair" the marriage has much deeper problems than whether our not your man is sleeping with someone else. But it's far more difficult to address those issues than it is to read a magazine article on sexy new moves to keep your man excited in the bedroom. It's much easier to blame cheating on the fact that so-and-so let herself go or didn't give him enough BJs -- but the reality is that cheating is less often about attraction or pleasure than it is about feelings of emotional disconnection, under-appreciation or personal unhappiness; and sometimes it's just an exit strategy.

Despite all the commentary on recent high-profile infidelities, you rarely see experts proffering tips for men to avoid straying. You just don't hear experts telling guys, "Hey! Maybe instead of banging your secretary you should talk with your wife about your feelings of inadequacy." Instead, women are encouraged to snoop, second-guess and manipulate, as though they were solely responsible for keeping their partner on good behavior (in therapist speak, I believe that's called "codependency," and it isn't very becoming). If you didn't have marital problems before following this advice, you sure will afterward.