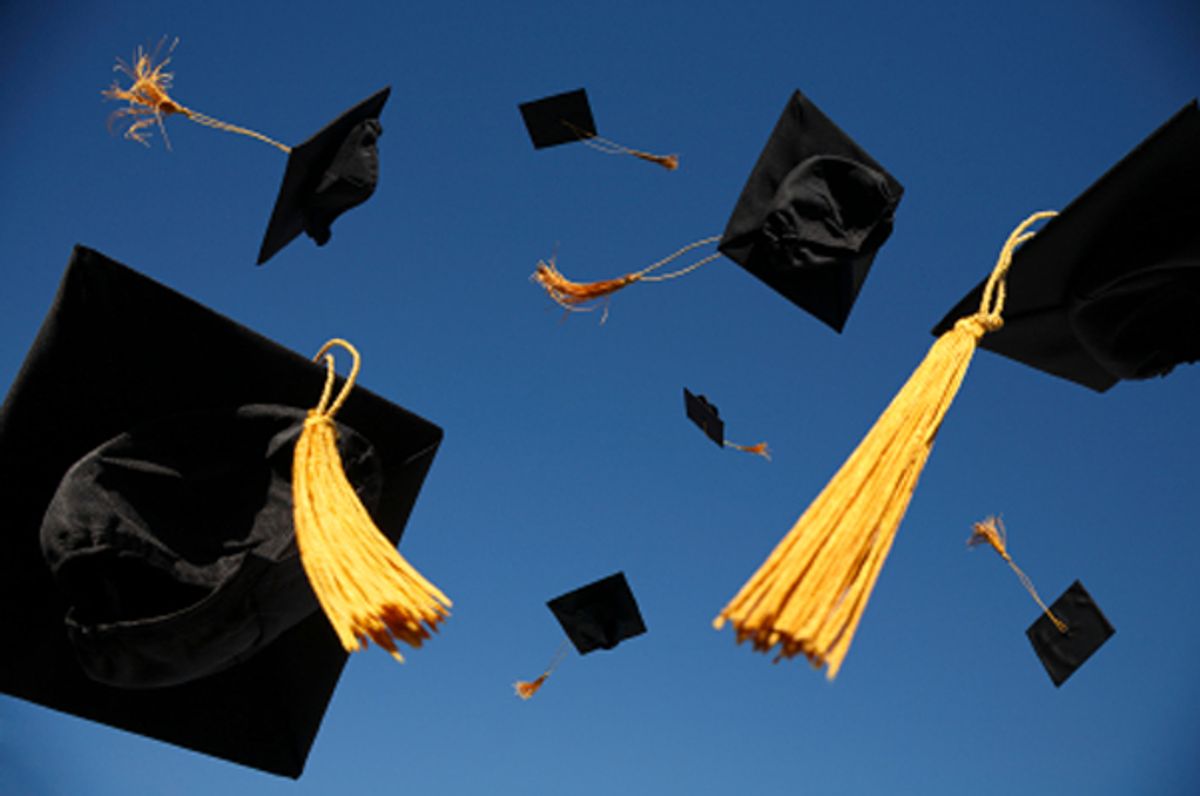 Throughout the country, college students are busy celebrating their graduation. However, it's an open question whether their hard work -- and considerable expenditure -- will help them find employment. A study published yesterday by Rutgers's John J. Heldrich Center for Workforce Development paints an unencouraging picture of their chances in the current job market.

The report, titled "Unfulfilled Expectations: Recent College Graduates Struggle in a Troubled Economy," is based on a survey of 571 students from the classes of 2006-10. Here are some of its most compelling statistics: