After his release, 62-year-old will be confined to a private apartment in Manhattan and monitored by armed guards 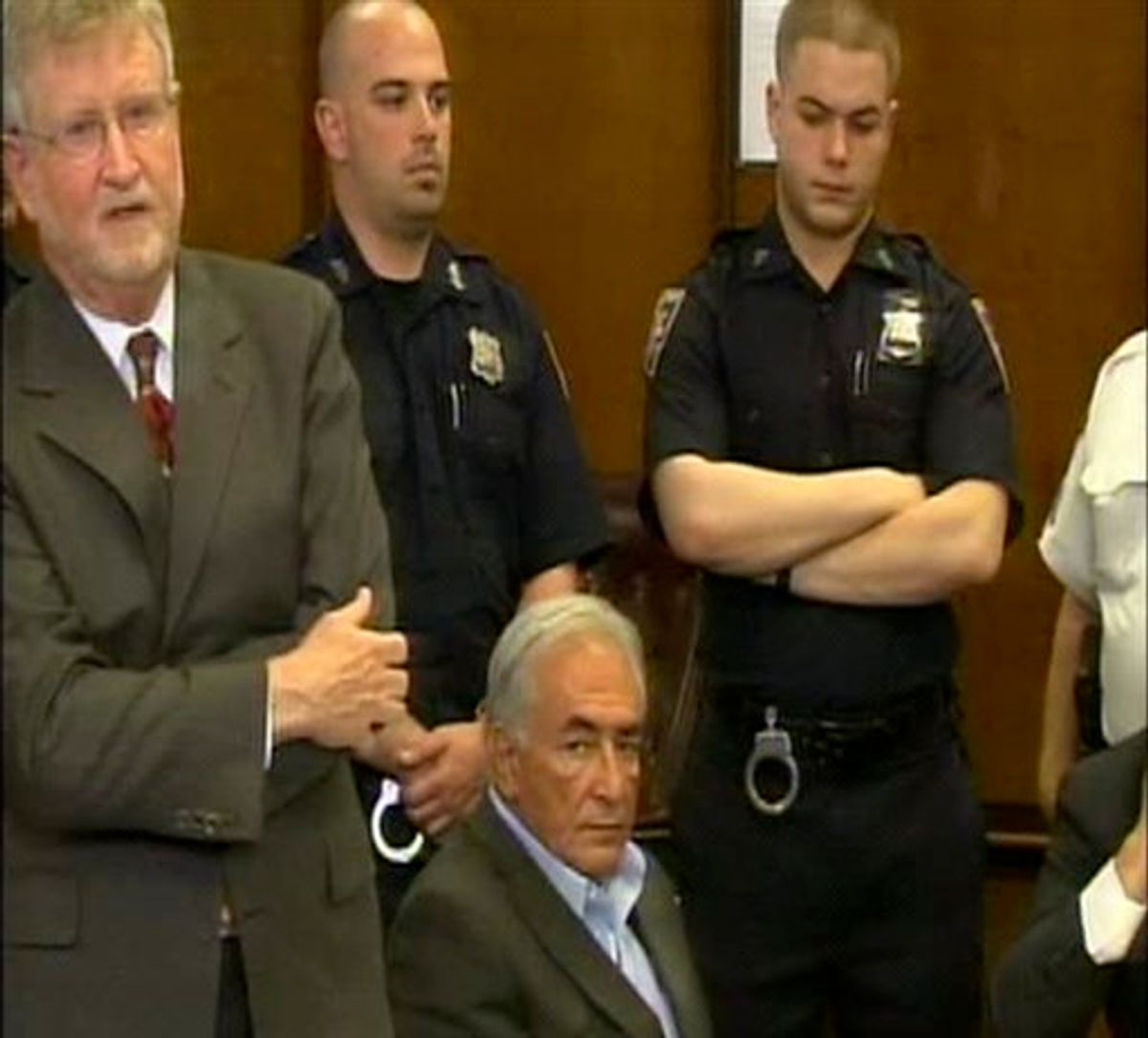 This frame grab taken from pool video shows former IMF leader Dominique Strauss-Kahn, center, seated, as he appears at a court hearing in the Manhattan borough of New York, Thursday May 19, 201, surrounded by his lawyer William Taylor, left, and unidentified police officers. Strauss-Kahn made a new bid to get released from jail while he awaits trial on charges that he sexually abused a hotel maid. A prosecutor began the hearing by announcing that a grand jury had found enough evidence for an indictment, a procedural step that elevates the seriousness of the charge. (AP Photo/NBC, Pool) (AP)
--

Strauss-Kahn is charged with trying to rape a hotel maid and is likely to spend one more night at Rikers Island jail.

A judge set bail at $1 million Thursday, and approved an elaborate arrangement under which the 62-year-old diplomat and banker would be confined to a private apartment in Manhattan and monitored by armed guards.

Strauss-Kahn will also have to take out a $5 million insurance bond.

Prosecutors have said he should remain behind bars.