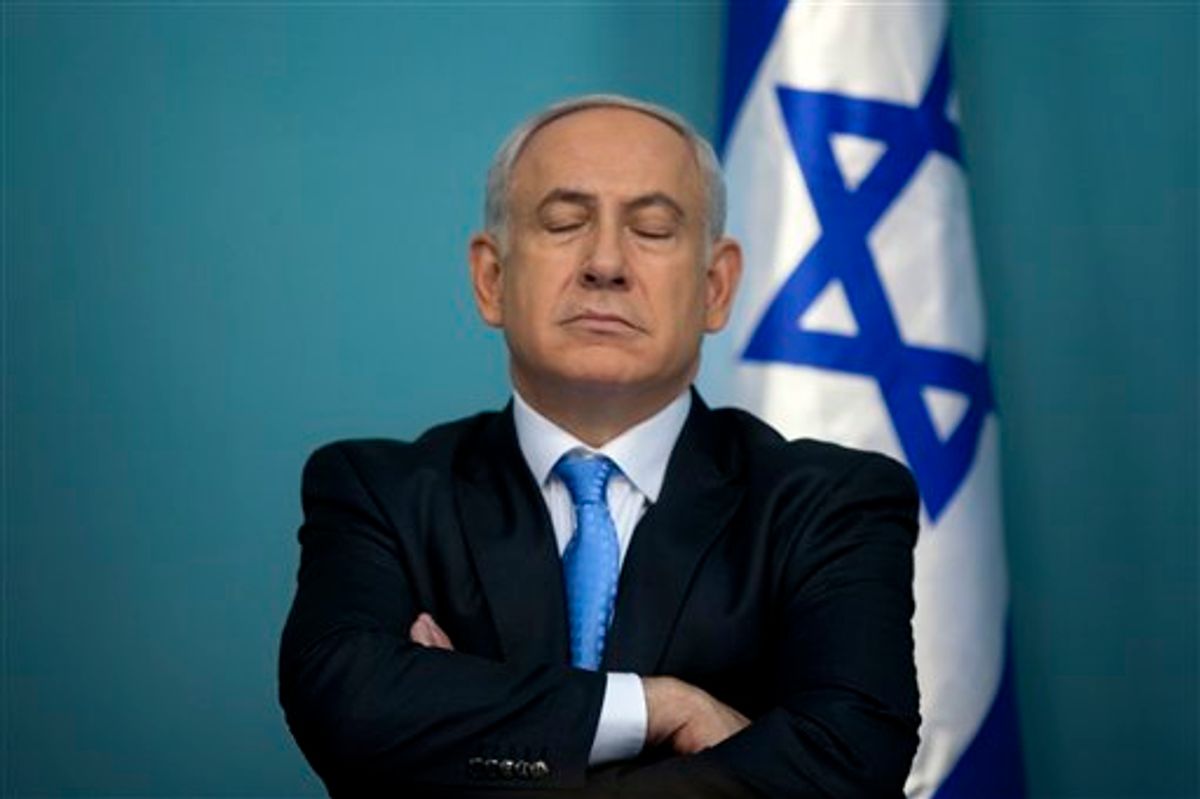 Israeli Prime Minister Benjamin Netanyahu pauses during a press conference in his office in Jerusalem, Wednesday, May 18, 2011. When U.S President Barack Obama and Netanyahu meet this week to try to revive deadlocked Israeli-Palestinian peace talks, they will do so against a vastly changed Middle East landscape. (AP Photo/Sebastian Scheiner) (AP)
--

Israel's prime minister has rejected a key aspect of President Barack Obama's policy speech, saying that a return to his country's 1967 borders would spell disaster for the Jewish state.

The tough stand could set the stage for a tense meeting Friday when Netanyahu goes to the White House.

In his speech, Obama said a future Palestinian state must be based in territories captured by Israel in the 1967 Mideast war, with minor adjustments reached through negotiations.