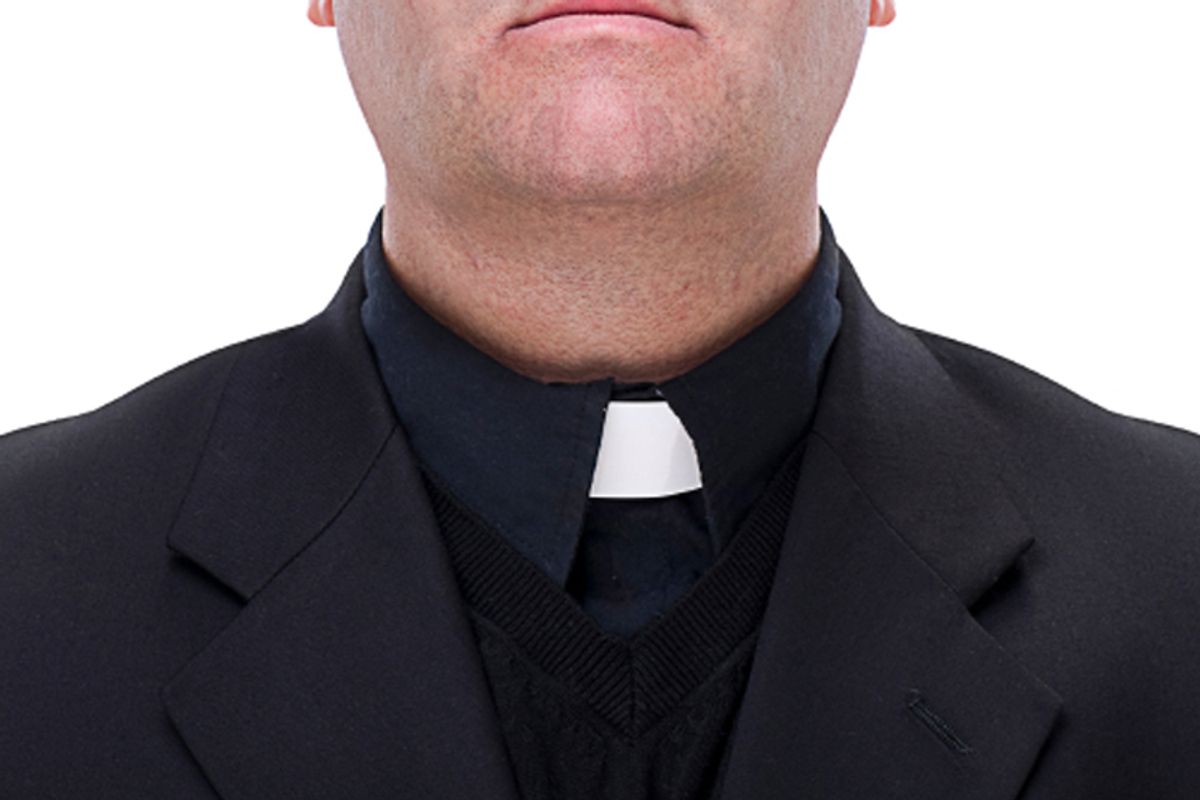 Today's report on the causes behind child sexual abuse by Catholic priests answered some crucial questions: The surge of cases in the 60s and 70s can't be blamed on the all-male makeup of the priesthood, the practice of celibacy or, you know, the gays. But the alternative explanations offered raised some troubling new questions.

The researchers at John Jay College of Criminal Justice attribute the uptick to "opportunity" and, as Religion News put it, "emotionally ill-equipped priests" who "lost their way in the social cataclysm of the sexual revolution." Opportunity and cultural change are responsible for the sexual abuse of children, really? That might seem to imply some unsavory and disheartening things about human sexuality. Next they're gonna tell me these priests weren't actually pedophiles!

Well, actually, that's exactly what the researchers concluded in the report, which was commissioned by U.S. Roman Catholic bishops. They found that less than 4 percent of accused priests can be considered pedophiles -- based on a definition specifying attraction to those age 10 and younger -- and, "thus, it is inaccurate to refer to abusers as 'pedophile priests.'" Interestingly enough, though, the New York Times points out that The American Psychiatric Association's Diagnostic and Statistical Manual of Mental Disorders uses an age ceiling of 13 in its definition of the sexual disorder. "If the John Jay researchers had used that cutoff," the paper explained, "a vast majority of the abusers' victims would have been considered prepubescent" -- which would make the pedophilia label seem more apt.

I had to wonder: Is the rate of sexual offenses against children really influenced by "opportunity"? If we can't call abusive priests "pedophiles," then what are they, exactly? And how does sexuality play into all of this? I called Fred Berlin, director of the Sexual Behavior Consultation Unit at Johns Hopkins, to talk about the pedophilia label, the impact of cultural change on abuse and how problems in the priesthood point to a much larger crisis.

What do you think of the report's definition of pedophilia?

I think the term pedophilia has been used very loosely. The reason there can be differences in what's considered prepubescent is that puberty can start at different ages for different individuals. But pedophilia does refer to a situation in which a person's sexual makeup is such that they are recurrently drawn toward prepubescent youngsters. Many of the accused priests were involved with older adolescents and are not attracted to prepubescent children.

How are pedophiles different from those who pursue sexual relations with post-pubescent minors?

Most of us can appreciate that older adolescents are physically attractive human beings -- but it doesn't mean we're gonna act on it. People can give in to feelings of attraction because they're high on drugs or alcohol; they may have no abnormality at all in their sexual makeup. There are people who may just be lacking a sense of conscience and responsibility and therefore are not properly disciplined.

There is a group of people who don't have pedophilia, they're not recurrently drawn to prepubescent children, but unlike the rest of us they have an inordinately high attraction to older adolescents. In some cases they might not even be attracted to individuals their own age. That's known as ephebophilia, which is defined as inordinately heightened attraction to older adolescents. Some of the [priests who were] serial offenders involved with older adolescents may not have been gay in the sense of being attracted to males who are adults; they may have had this sexual disorder that recurrently drew them to adolescent youngsters.

What do you make of the finding that gay priests were not likelier to abuse than straight priests? The researchers found that priests more often abused boys than girls simply because they had more access to them.

First of all, how do we know who is or isn't a gay priest? It depends on what [abusive priests] are going to acknowledge. There's a man named Richard Sipe, who was previously a priest and is now a mental health researcher, and from his experience he believed that the percentage of [closeted] gay men in the Catholic Church was quite high. Again, I'm not saying this in any critical way, but it may be that some of these men for obvious reasons were hesitant to acknowledge their sexuality.

There's a tremendous body of data showing that gay men are no more likely to become sexually involved with a boy than are heterosexual men to become involved sexually with a girl -- and that's one of the reasons that they allowed gay men to adopt in Florida. The evidence simply doesn't support that this is a gay problem. In fact, I think that's one of the mistakes the church made early on, thinking they had a homosexuality problem when what they really had was a child sexual abuse problem.

So, the researchers found that "situational factors" were crucial here.

Well, there's always many factors. Take an alcoholic -- there certainly can be a genetic predisposition for alcoholism and yet whether you're gonna drink is dependent on whether a drink is available, your urges can be heightened by stresses of daily living or you may turn to drink because you're depressed and want to feel better. So, certainly, if someone has a sexual disorder then that acts as a predisposing factor, but whether they're gonna act on that sexual abnormality of makeup can be influenced by a number of factors in their environment and that affected them in growing up and so on.

What about the argument that there was something in the cultural climate of the 60s and 70s that facilitated the rise in priest abuse?

I don't want to suggest I have all the answers, but child sexual abuse had been around long before the early 60s. I question how much of it relates to an increase in its occurrence, versus a greater sensitivity to the fact that it was happening. Cultural factors always can influence the ways in which people express themselves behaviorally, but to suggest that's anywhere near the totality of the explanation -- or even the bulk of the explanation -- I'd be skeptical of that.

They found that you can't reliably predict which priests will abuse based on individual characteristics. Is that true in the population at large?

If someone has a sex disorder, what's predisposing them has to do with the privacy of their sexual makeup. That's a whole separate issue from what they're like, their character, their temperament or personality -- the things we observe in them in daily interactions. If I'm a person that's sexually attracted to children, you and I can talk on a daily basis, but unless you know what I'm doing in my private time, you have no way of detecting that.

The best predictor of future behavior, absent treatment or intervention, is past performance. If we know we have a record of someone being involved with children that will certainly raise our index of suspicion. But the idea that there is some personality test that could have [predicted abuse] would simply be to make a statement that doesn't hold much validity.

I've read that the reported rate of child sexual abuse among priests isn't any higher than in the general population.

I'm not sure we have any evidence that this is more of a problem in the priesthood than outside of it. I mean, people try to blame celibacy, but the Boy Scouts of America have had comparable problems. I think it's so much more egregious and so much more shocking when it's a priest because they're in a trusted position. They're supposed to be people with the highest moral standards. So, the shock and outrage that we experience is far greater than occurs in other cases.

What is your takeaway from all this?

We've become so punitive in our approach here that I worry that we lose track of the fact that to prevent victimization we need to learn more about those factors that cause individuals to want to become sexually involved with children. We have such a "we" versus "they" mentality, I worry that we're gonna lose track of the fact that some of these people are in need of serious mental health assistance.