Watch John Lithgow's hilarious rendition of the dramatic press release, as performed on "The Colbert Report" 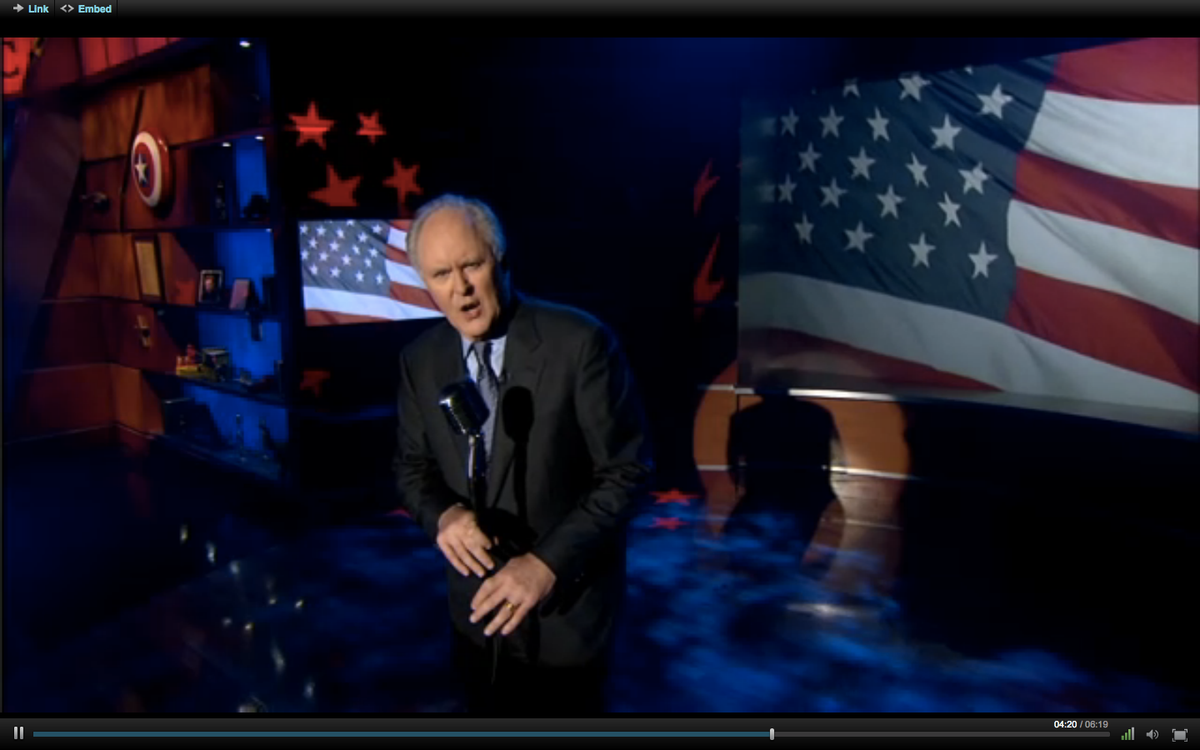 Earlier this week, Newt Gingrich's press secretary, Rick Tyler, sent the following message to the Huffington Post, in an attempt to do some serious PR firefighting for his candidate:

The literati sent out their minions to do their bidding. Washington cannot tolerate threats from outsiders who might disrupt their comfortable world. The firefight started when the cowardly sensed weakness. They fired timidly at first, then the sheep not wanting to be dropped from the establishment’s cocktail party invite list unloaded their entire clip, firing without taking aim their distortions and falsehoods. Now they are left exposed by their bylines and handles. But surely they had killed him off. This is the way it always worked. A lesser person could not have survived the first few minutes of the onslaught. But out of the billowing smoke and dust of tweets and trivia emerged Gingrich, once again ready to lead those who won’t be intimated by the political elite and are ready to take on the challenges America faces.

Claiming to be incapable of conveying this text's "epic genius" himself, Stephen Colbert last night enlisted the help of John Lithgow, who gave a pitch-perfect performance: