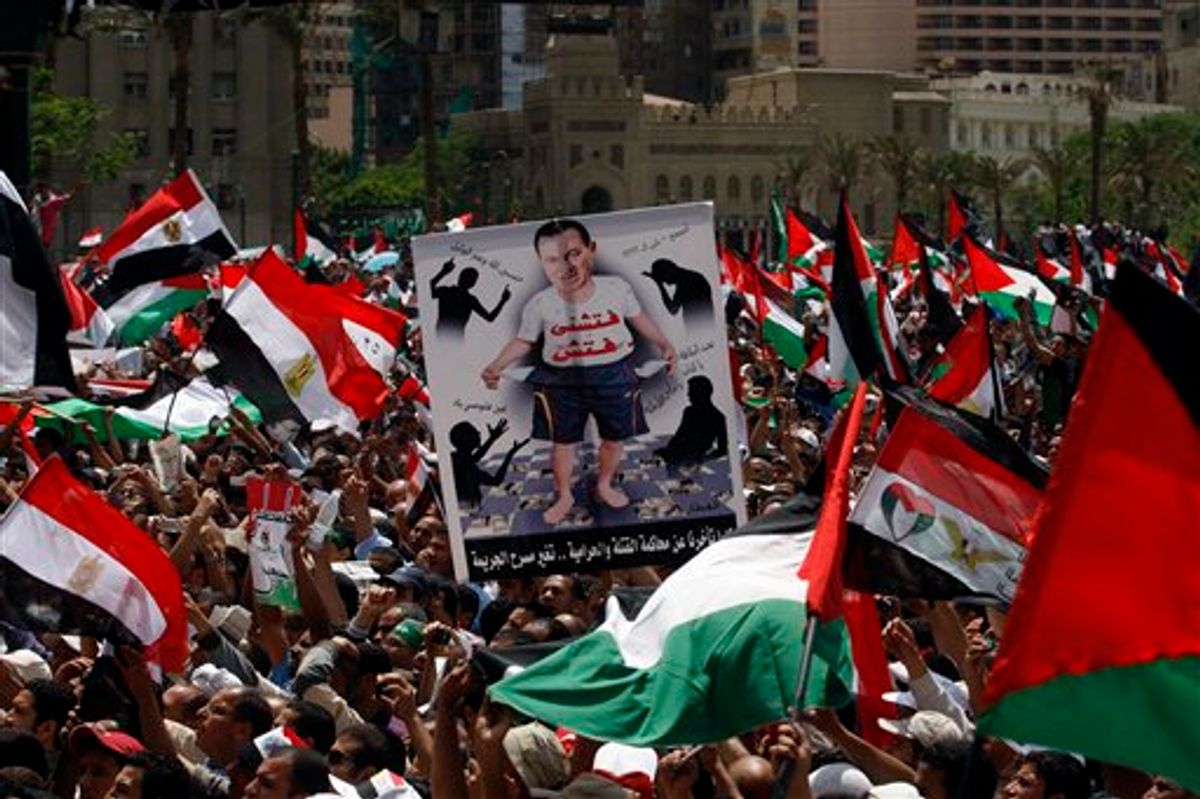 Military prosecutors summoned and then released the editor and two journalists of an independent newspaper for reporting on an alleged deal to offer amnesty to ousted president Hosni Mubarak.

The three were released after they signed a pledge to not report on issues involving the armed forces that might cause "confusion" in the streets, Egypt's state news agency and a rights activist said Friday.

The three were questioned about a report El-Shorouk newspaper ran earlier this week saying Mubarak planned to release an audio appeal for amnesty in exchange for releasing all his holdings, therefore avoiding a trial. It cited unidentified Egyptian and Arab officials, as well as an unnamed military official who said a mediation deal was under way.

The report sparked a wave of criticism and calls for mass rallies to demand justice. The anger prompted a quick denial from the military rulers.

The official news agency said the three were summoned by military prosecutors Thursday and asked to sign a pledge that they would not report on news regarding the armed forces "which may cause confusion in the streets, without clearance from the armed forces."

El-Shorouk editor Amr Khafagi was not available for comment. The paper published a column Thursday saying it had no intention of "polarizing" society, but never denied the report. It said it would stop publishing reports about the issue until the "mood allows for a free discussion of the issue."

Gamal Eid, a human rights activist, said the action by the military prosecutors was a violation of freedom of expression and was meant to censure any criticism of the Supreme Armed Forces Council, who are now running the country after Mubarak stepped down on Feb. 11 in the face of an 18-day popular uprising.

Eid said the military prosecution had no business interrogating the journalists, who violated no professional codes.

"We are against the fact that the military council is creating red lines," he said, adding that the move amounted to a scare tactic. "The real danger is when journalists stop writing and obey these orders."

Mubarak has been held in custody in a hospital over allegations of killings of protesters and corruption.

Bringing Mubarak to trial has become a rallying point for protesters.