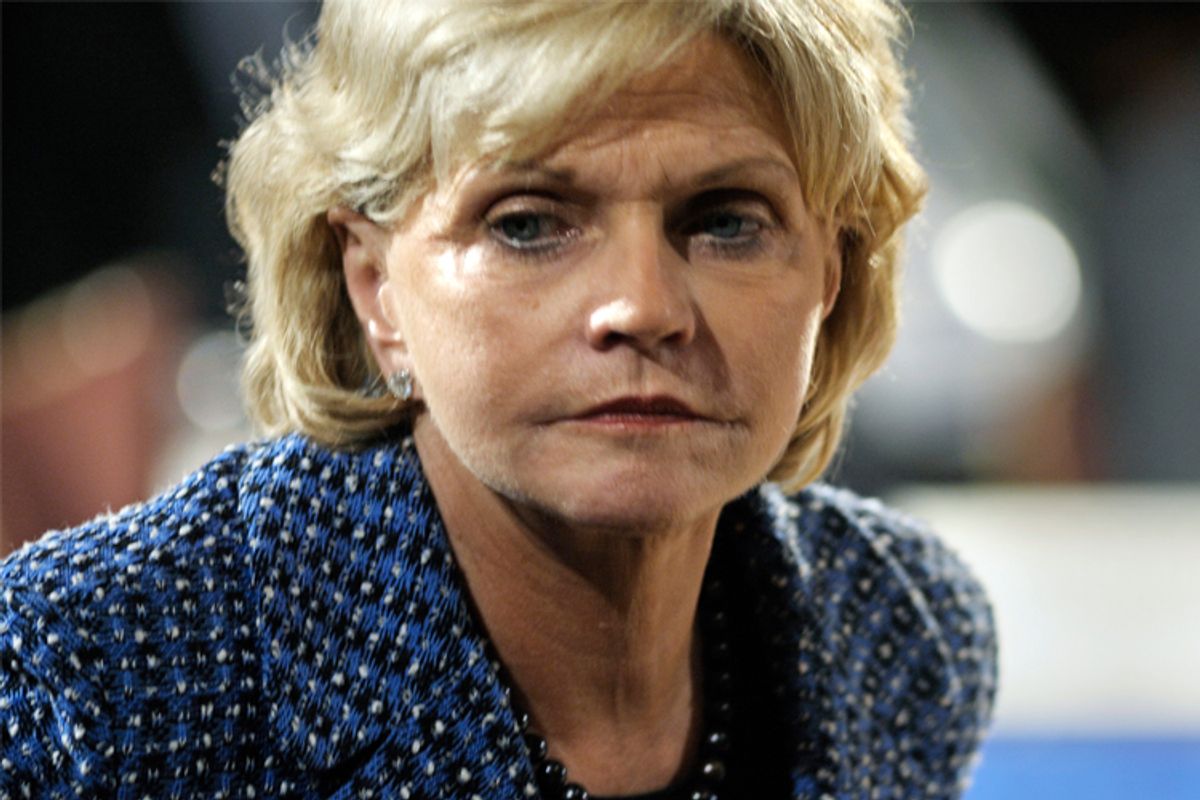 The Republicans who control state legislatures across the nation aren't just sending immigrants to private prisons and forbidding children from learning of the existence of gay people -- they are also working closely with major telecommunications lobbyists to hobble municipal broadband services. North Carolina Governor Bev Perdue is now deciding whether to sign or veto a bill severely restricting local communities from creating broadband networks.

Lawrence Lessig politely asks Perdue to veto the legislation in an open letter at the Huffington Post, and also shows that municipal broadband services in North Carolina are much faster and cheaper than offerings from the commercials providers fighting to protect their government-sanctioned duopoly.

Even North Carolina's bigger cities have horrible broadband service, as measured by price per Mbps. The smaller communities are completely underserved by the market.

The basic argument for the bill -- made most convincingly by North Carolina telecom lobby counsel Marcus Trathen here -- is that it's "unfair competition" for local governments to offer better service at lower prices than the private sector, which is also a compelling argument for banning governments from setting up "public" schools that educate children for "free."

These people would've also opposed rural electrification. We must preserve the private sector's right to overcharge citizens for subpar service!