The attitude of many religious conservatives breaks my heart because, as a biblical scholar, I know it's misguided 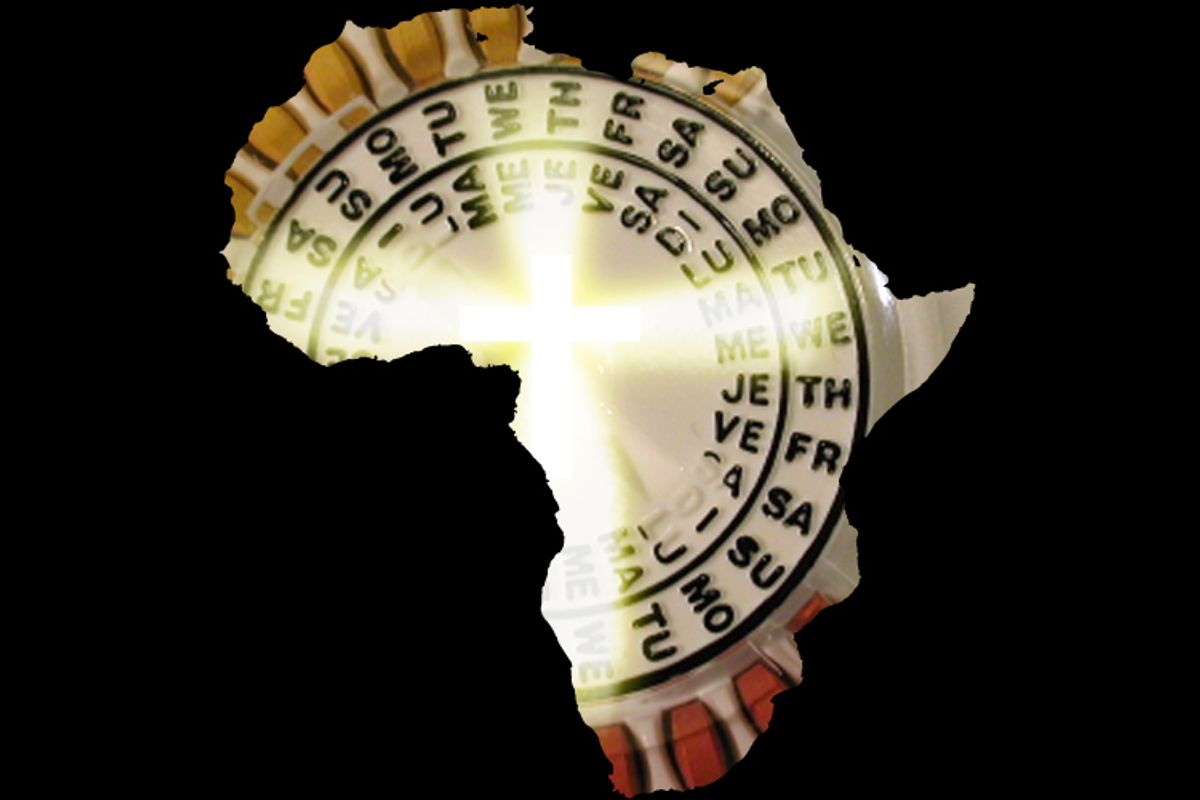 Here's what I thought of when I read recently that the world's population is expected to exceed 10 billion by the end of the century: Freddie, collapsed on a narrow bed in a South African township, a filthy rag bandaging the wound in his abdomen. This middle-aged man was a reformed gangster, whom a prison conversion had left with a single ambition: to support his wife, eight children and newborn grandchild. Through almost superhuman persistence, he got several part-time gardening jobs in the suburbs.

Another piece of progress was that Freddie’s wife, a diabetic, had finally wrung a disability pension from the government. But as the couple came home from the shopping trip for groceries and baby clothes that the first check made possible, some young men mugged them, taking all the merchandise and the remaining cash and stabbing Freddie.

That was several days before I saw him. He had still been dragging himself to work. He would not go to the hospital (which was free for the poor), because he made only enough money to feed 11 people, and a second disability check wasn’t coming until next month. By the barest luck, a local charity could learn through my companion and me of the family’s crisis and give enough money to keep the household in groceries for the two weeks Freddie had to be hospitalized to save his life.

We read a lot about the lack of family planning killing women, but it kills men too. Even in a relatively well-resourced Third World country like South Africa, many thousands of men die in the violent struggle to support their many dependents. Though pundits, when they bother to consider population at all, usually debate whether or when the earth’s resources will run out, for many people they have run out already.

For example, during the first few years after the liberation from apartheid, the new South African government heroically built a million public housing units, pledging to free the poor from the hell holes of cardboard and tin shacks. The waiting list for public housing only grew longer. In every part of social welfare, fast African population growth pushes conditions backward: It’s the major reason so much of the "developing" world isn’t developing. Rising GDP? Well, duh: if GDP grows 3 percent a year and the available (what an optimistic word) workforce is growing at 6 percent, those in the grip of these statistics can only (1) win the lottery of getting noticed by the privileged, (2) take the means to live from somebody else, or (3) go under, like the Cape Town women lying down across railroad tracks with their babies.

So why is the U.S. actually cutting back on family planning aid? Religious conservatives are an obvious influence. This breaks my heart. Evangelicals and Catholics in Africa really care; I have seen them walk the steep, lonely, stony walk. Politicians from near and far, tourists and pundits and profiteers sashay through, but a single Catholic priest had been running a school in Lesotho for 50 years by the time I got there -- for a conference. The only flying doctor in the country was a Quaker, but Evangelical Vietnam veterans were flying her around the perilous terrain, going without every sort of material comfort, living their faith.

The outright opposition to family planning breaks my heart also because, as a biblical scholar, I know it's not necessary. In fact, it’s downright un-Christian. The Apostle Paul, the founding authority on Christian family life, was probably the greatest force in moving childbearing from the place it still occupies in the Third World into the realm of freedom and responsibility -- to the great benefit of us Westerners.

The critical Bible chapter is 1 Corinthians 7. Paul did not consider marriage to be as good as celibacy -- hardly a surprising opinion, considering that in the Roman Empire marriage was typically a business relationship between clans, for their benefit, not the couple's. The institution was one of the chief ways the society locked people -- especially women -- into a single, quite taxing way of life, of questionable value for fulfilling personal aspirations.

Greco-Roman marriage featured a wildly skewed sexual relationship, in which a young girl was initiated by rape and was never in her life supposed to feel pleasure, while her husband went to girlfriends (who were on their own with any pregnancies) for "love" and to prostitutes for fun. The point of the marital union was childbearing, in a crude, materialistic sense: All of the imperfectly formed babies, and many of the girls, were to be thrown away and the survivors to be raised for the clan’s purposes in their turn. A wife who was "thrown out" (divorced) lost all rights to her home and children.

Paul was therefore deeply concerned that, in the new Christian community, any marriage entered into at least be voluntary, loving, equal and secure. Mutual erotic attraction was the right reason to get married, and mutually generous sex was the basis for a harmonious union. The double standard was out: Men now had no more right than women did to visit prostitutes or have affairs. There would be children (given the state of medical technology, Paul couldn’t have imagined any choice about that), but they were not the point. He mentions them a single time, in Verse 14. Interestingly, Paul writes that they are "holy" whether their parents have a religiously mixed marriage or not, which suggests that he -- with only Jesus as his authority on this -- thought of them as having value and integrity in themselves. Like slaves, women, the poor and foreigners in the Christian "assembly," children seem not to have been regarded as things. In Christian marriage, "throwing out" was banned -- except in certain nonnegotiable cases of incompatibility, and then women could do it too.

Paul condemns by clear implication most of the conditions in the Third World that are blamed for catastrophic overpopulation: the forced marriage of young girls, the general oppression of women, marriage as "just what you do" and marriage as a mode of production. He insists that both men and women consider their own needs and choose freely what the best life will be for them as individuals. Astonishingly, he even writes that a widow can either keep to the celibacy he thinks will make her "happier" or marry "whomever she wishes" (Verses 39-40).

I hope conservative American Christians, in thinking about family planning in the Third World, will consider first of all the famous words in 1 Corinthians 7:7: "I wish that all were as I myself am. But each has a particular gift from God ..." Paul invited his followers into a community that made those words real.

In the industrialized world, we can have large families without condemning them or ourselves to misery. We can also have few or no children, whereas most people in Africa and South Asia cannot make that choice even by not marrying. A favorite South African township student of mine, Shiela, once fixed her eyes on mine and said, "I want to go where you are. I want to see how you do things. This is what I need." Christians betray their tradition by saying no to that plea.