You know, the polls showed me running in first place when I got out ... 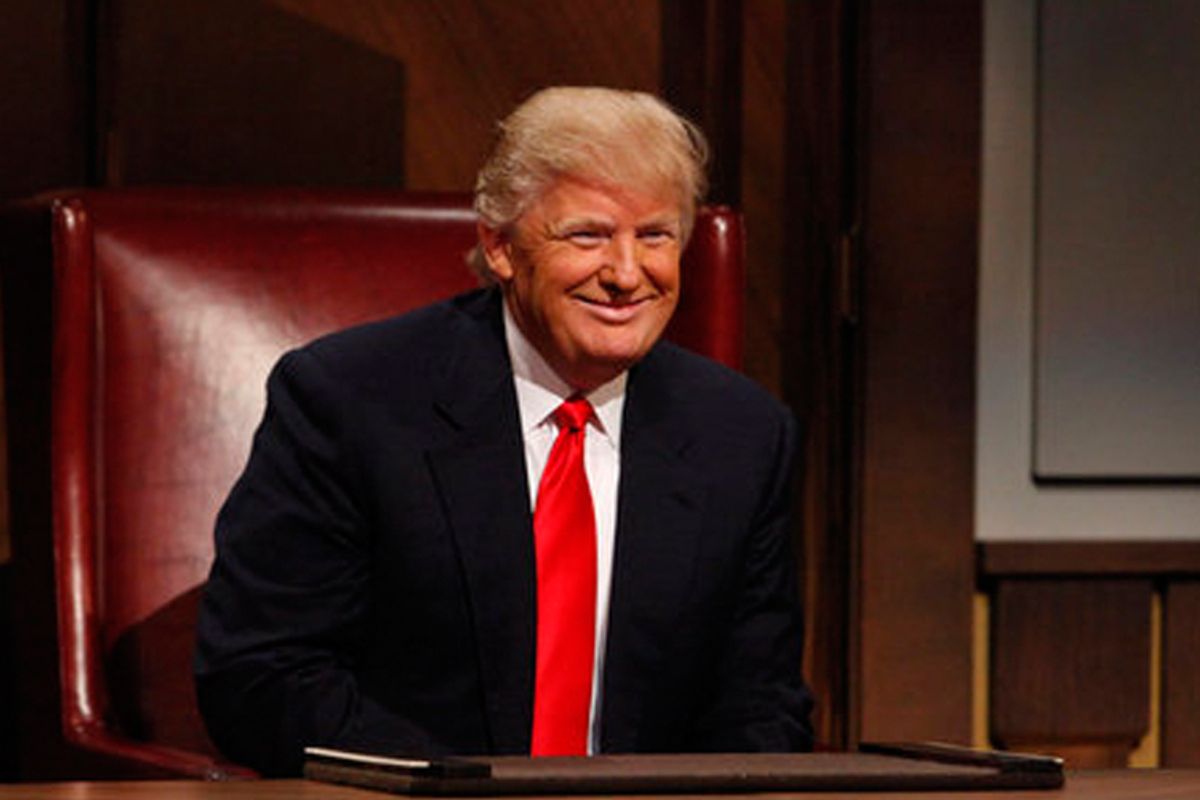 For the record, the arc of Donald Trump's fake presidential campaign went something like this:

He was never actually going to run but tried to create the appearance of a candidacy in order to generate publicity and prestige for his personal brand -- a stunt he'd pulled twice before. But then, because he's Donald Trump and he sometimes can't help himself, he got carried away and loudly and obliviously latched on to a third rail "issue" that no other aspiring GOP candidate would dare embrace. Very briefly, his poll numbers surged among the hardcore GOP base, a development that was quickly corrected when opinion-shaping conservative leaders turned their guns on him. Meanwhile, his birther crusade -- and his efforts to portray Barack Obama as an affirmative action case -- began tarnishing the very brand Trump had set out to enhance. After a weekend during which he was humiliated at the White House Correspondents' Dinner one night and his "Celebrity Apprentice" television show was interrupted the next night so that President Obama -- a man Trump had denounced as the worst president in American history -- could announce the killing of Osama bin Laden, Trump's flame-out was complete. Days later, he announced -- during NBC's presentation to advertisers -- that he would not be running for president in 2012 and would instead be re-upping for another season of "Celebrity Apprentice." At that point, he abruptly cut off all of the GOP leaders and organizations he had been pretending to cultivate -- pulling out at the last minute, for instance, from a commitment to address the Iowa GOP's Lincoln Day Dinner and prompting that state's Republican governor to declare that Trump has "really burned the bridges." But what does Trump care anymore? It was time to get back to playing a mostly apolitical rich guy on television.

And that, in 288 words, is the history of Donald Trump's fake 2012 presidential campaign. But there's a problem for Trump: This version of history -- as accurate and complete as it is -- is damaging to his image. It reveals him to be exactly what he is -- a joke. But now that he wants to go back to playing the character of "Respected, Feared and Savvy World-Class Oligarch," he can't be a joke. Which is why we get something like this:

Donald Trump said Monday that he's not ruling out overruling his decision not to run for president in 2012.

Trump, the real estate mogul who hosts NBC's "The Apprentice," continued to flirt with the possibility of seeking the Republican nomination in 2012, despite just having said that he'd recommitted to his TV show and wouldn't be running.

"I would not rule it out. I can’t rule out anything," Trump said on Fox News of the possibility of revisiting his decision if he's not pleased with the field of Republican candidates. "The country is so important and it’s so vital we choose the right person and at this moment I don’t see that person."

If you were expecting a post-fake campaign Trump would offer any kind of admission -- even a subtle, glancing one -- that he'd made a fool of himself and needed to repair his reputation, you were wrong. Instead, he's going with Plan B: Pretend the whole "campaign" was a rousing success, that his poll numbers had only gone up (and never crashed), and that he was gravely concerned when he backed out that he might be leaving his party in the lurch -- then, keep repeating this version of history for months and years to come until the non-political press (i.e., the press he depends on to promote the Trump brand) more or less accepts it without scrutiny. The idea is that, four years from now when the 2016 cycle is underway, Trump will (say) be asked by an "Access Hollywood" reporter if he has any interest in running. "Well, you know," he'll reply, "I thought very seriously about it last time -- and as you'll recall, I was leading the polls when I decided not to run ..."

And the reporter will nod, smile and move on to the next question, possibly about his newest line of made-in-China ties.