The most important question about the "recovery"

Why healthy corporate profits are not enough on their own 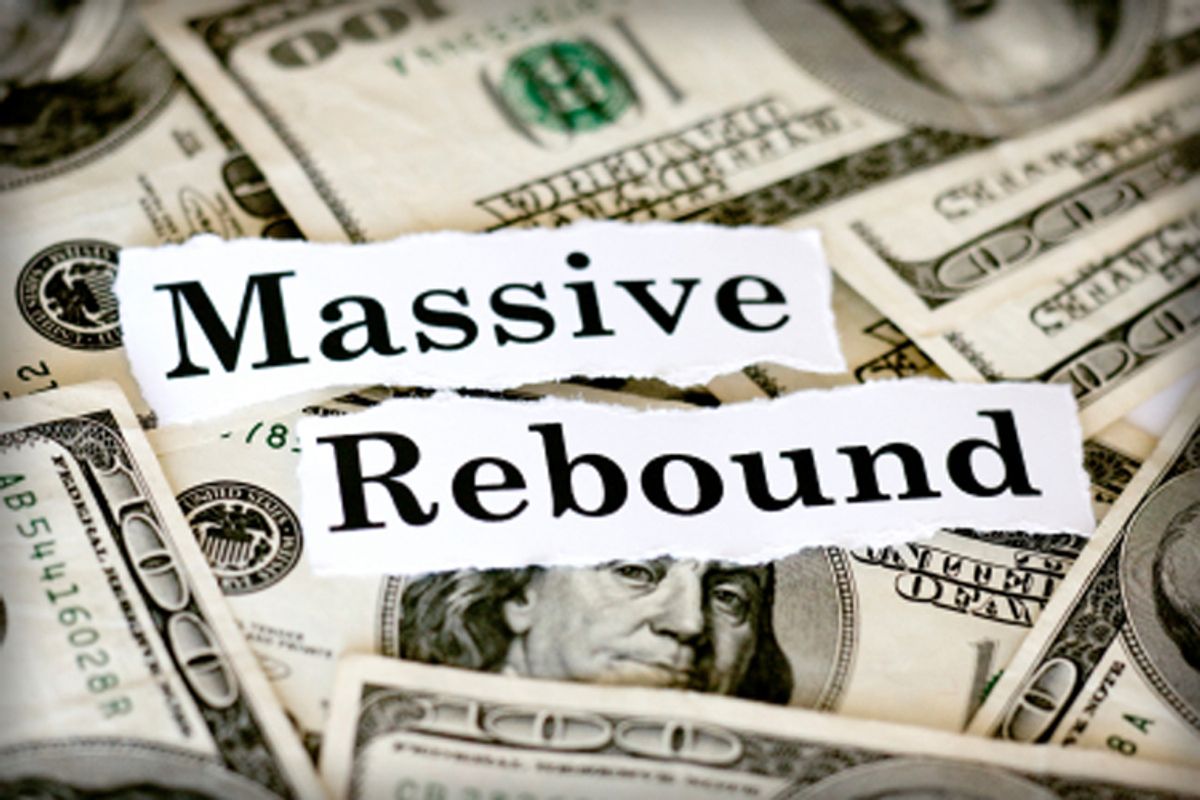 Robert Samuelson of the Washington Post can be a pretty gloomy scold, so when he veered toward some optimism on the economy this AM, I took notice.

His assessment that the economy is doing better, at least in a macro sense—consistent GDP growth, payrolls expanding (slowly), household balance sheets moving from the red to the black—sounds right to me, and he plugs in the right caveats too.  The price of oil slid back a bit but is still eating up paychecks, and the housing market, typically a key power-booster in an early economic expansion, is still stuck in the doldrums.

But a few points to add:

First, he doesn’t stress enough the caveat that growth, while reliably positive, is still too slow.  To generate the number of jobs needed to bring the unemployment rate down more quickly, we need some GDP quarters well above the recent average of about 3%.

But most importantly, anyone thinking about the nature of this recovery needs to be very clear about this: the economic well-being of the broad middle class is not simply a function of macroeconomic growth.  Such growth is, of course, necessary and welcomed.  It is not sufficient.

The question is whether the growth is reaching the middle class and lower-income families.   The data on where growth is ending up arrive with a lag so we can’t fully answer this question yet, but some indicators are clearly worrisome.  For example, corporate profits have been doing a lot better than average wages (the former has made up most of the ground lost over the downturn; the latter are recently declining in real terms).

Now, profits often lead more broadly shared gains -- that certainly was the story of the 1990s expansion, which ultimately did reach the middle class and the poor, at least for a New York minute in the latter half of the decade.

But it was demonstrably not the case in the 2000s, the first recovery on record where the typical household’s real income went nowhere despite years of GDP and productivity growth.  In stark contrast to the 1990s, poverty was actually higher at the end of the 2000s expansion than at the beginning.

And as long as we’re worrying about the distribution of growth, as opposed to just its creation, let’s not make things worse by extending budget-bashing tax cuts that enrich those who already appear to have climbed out of the hole and are outpacing the rest.  If one goal of the nascent economic expansion is to achieve more broadly shared prosperity than the last one, to renew the high-end Bush tax cuts, as in the Republican budget plan, is to start the race with an anvil around our necks.

Finally, Samuelson should give some credit where it’s due here: he celebrates the handoff of growth from the government to the private sector, but in a world where the stuff the administration (and the Fed) did gets far too little credit—policies that helped to break that awful recession and hasten the arrival of the recovery—touting stories like this are incomplete without that acknowledgement.