The president was scheduled to spend Monday night in Ireland, but will fly to London instead 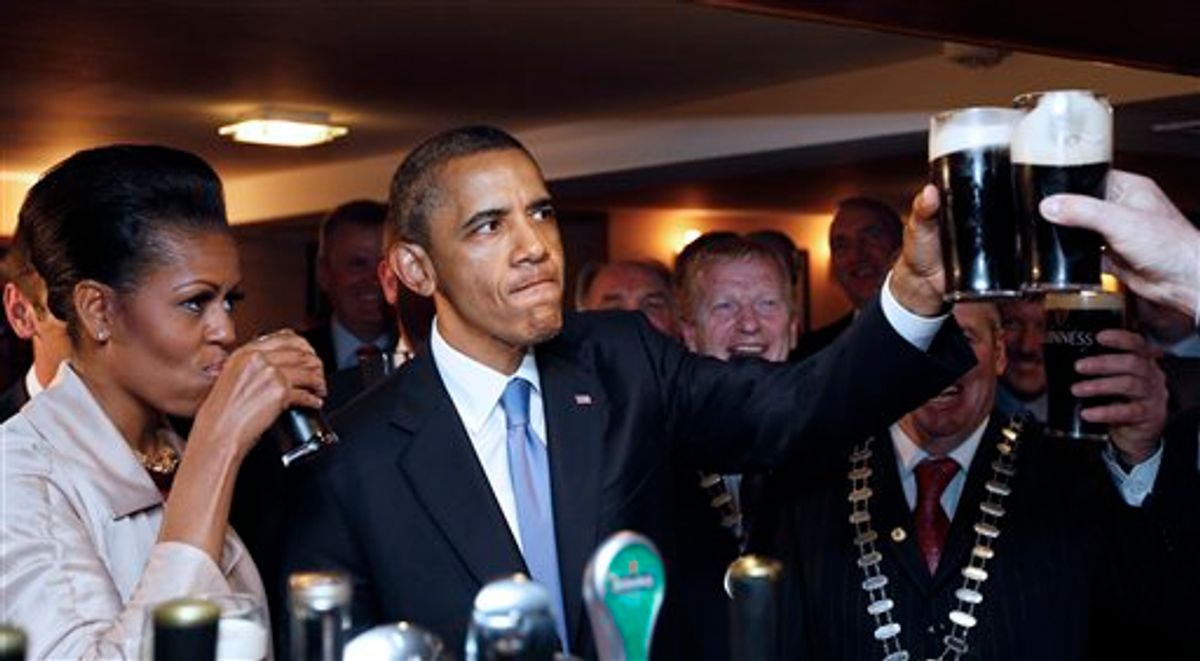 The White House says President Barack Obama will leave Ireland early due to safety concerns over a cloud of ash from an Icelandic volcano that is moving toward Europe.

Obama had been scheduled to spend the night in Ireland and fly to London Tuesday morning. Instead, he will head for London Monday night.

Officials say Obama's schedule in London, where he will spend two days, has not been affected at this point.

An ash cloud from a different Icelandic volcano forced Obama to cancel a trip to Poland last year. He is scheduled to visit Poland on the last leg of this four-country, six-day European trip.