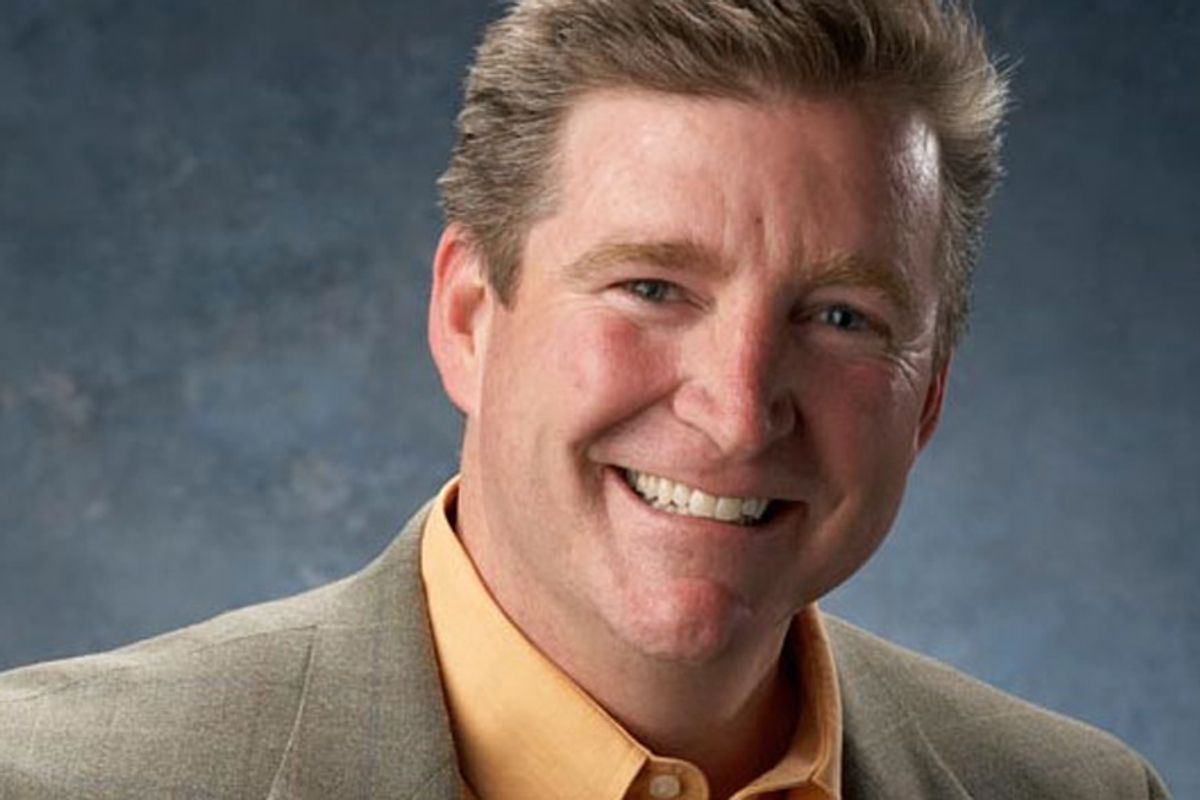 Jim Daly, the president of the massive religious-right organization Focus on the Family, concedes that his group has basically lost the argument on gay marriage in an interview with a Christian magazine.

We're winning the younger generation on abortion, at least in theory. What about same-sex marriage? We're losing on that one, especially among the 20- and 30-somethings: 65 to 70 percent of them favor same-sex marriage. I don't know if that's going to change with a little more age—demographers would say probably not. We've probably lost that. I don't want to be extremist here, but I think we need to start calculating where we are in the culture.

Well! Focus on the Family will still do everything in its power to force women to carry pregnancies to term against their wishes, but they have largely given up on forbidding loving couples from making legal commitments to one another for no reason other than an icky feeling supported by the bit of the book of Leviticus that also calls for people who insult their parents to be stoned to death. Progress!

Daly, a significantly less odious character than his predecessor, Focus on the Family founder James Dobson, also says that Christians should perhaps work on their own marriages instead of trying to prevent others from having families to focus on. His new plan: Let the state go to the perverts and polygamists and have the church set much higher standards for marriage and divorce. Very libertarian! He also says this, about Barack Obama:

I may not agree with any of his policies. I do appreciate that he's married to his first wife and raising his two children. We need more men like that. I once said that America would be better off if we had more families that reflected the Obamas, and a lot of conservatives went nuts with that, but it's true! Some of the conservative candidates that we put up—between a couple of them recently, I think they had seven or eight marriages. That seems a bit hypocritical.

Speaking of progress, NBA star and successful Canadian Steve Nash has recorded a video for Human Rights Campaign in support of marriage equality in New York:

So not everyone in the NBA is as awful as Kobe Bryant and Joakim Noah.

Although Nash might want to direct his attention to the state of Minnesota, where Republicans in the state legislature passed a Constitutional amendment banning same-sex marriage, to be adopted or rejected by Minnesota voters in November of 2012. The Republicans (and two Democrats) who voted overwhemlingly to go ahead with the amendment seemed almost embarrassed by their behavior, which will cause an awful, expensive, 17-month-long circus of a campaign.

Now  we'll wait and see whether or not Focus on the Family stays out of it or not.