In the Missouri twister's aftermath, relatives search for loved ones -- and strangers offer help -- online 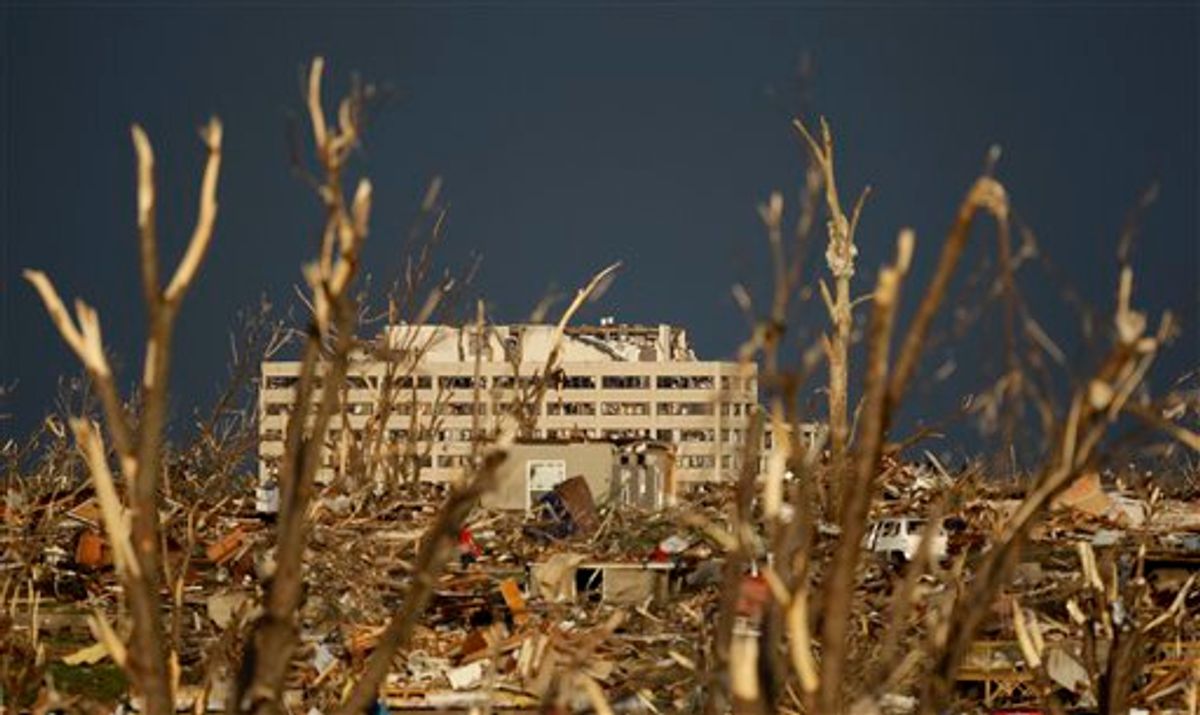 The damaged St. John's Regional Medical Center is seen in the distance through tornado debris in Joplin, Mo., Monday, May 23, 2011. A large tornado moved through much of the city Sunday, damaging the hospital and hundreds of homes and businesses and killing at least 89 people. (AP Photo/Charlie Riedel) (AP)
--

The twister that hit Joplin, Mo., on Sunday night came with little warning, but wrought destruction on an epic scale. The final death toll has yet to be confirmed, but already the storm ranks as the deadliest American twister in more than fifty years.

In the hours since the tornado touched down, major news outlets have flocked to the scene. But, as Forbes blogger (and former Salon colleague) Michael Humphrey points out, "small-media efforts" -- including Facebook groups and local radio feeds -- were there first.

Joplin, MO Tornado Recovery is one of several Facebook groups that have been created since last night's disaster. In fewer than 24 hours, it has attracted almost 85,000 fans (and that number is sure to grow after this post is published). Posters on the page's wall advertise a variety of services and queries, but certain groups are particularly well-represented. Relatives and friends of Joplin residents whose whereabouts are unknown ask for help locating their loved ones. Visitors to the page from nearby towns or states -- including many from Alabama, whose state was ravaged by tornadoes just under a month ago -- leave messages asking how they can help. Others offer to donate specific things: clothing, equipment, pet food, shelter, vehicles, blood -- even breast milk. Many onlookers from further afield simply leave prayers.

The page's content evokes a powerful combination of emotions; requests for information about friends and relatives are chilling, while posts offering money, prayers and support -- often from complete strangers -- are inspiring. One post left mid-afternoon on Monday captures well the contradiction: "On one hand, my heart is just aching for your loss and devastation ... [O]n the other hand, seeing everyone pulling together reminds me how resilient the human spirit is."