Pawlenty "could" tell you he is running for president 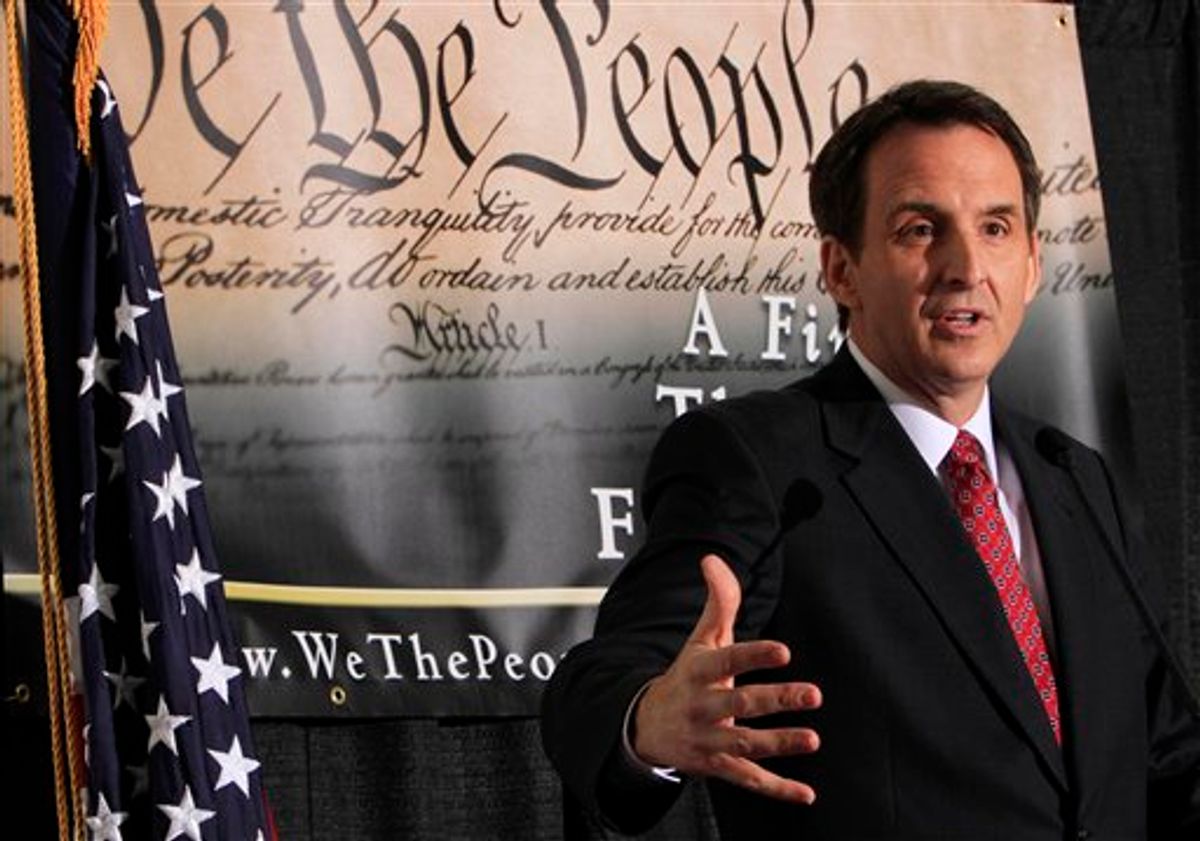 FILE - In this April 30, 2011 file photo, former Minnesota Gov. Tim Pawlenty speaks during a We the People candidates forum in Manchester, N.H. Pawlenty on Sunday, May 22, 2011 released an Internet video ahead of a public appearance Monday in Iowa, where he planned to formally enter the race for the 2012 GOP nomination. (AP Photo/Jim Cole, File) (AP)
--

Pawlenty did not take the hint. On Sunday he released another web video -- more dramatic still -- to announce his 2012 presidential bid (which officially kicks off Monday with an Iowa campaign stop). Shakey camera work and patriotic imagery abound: