Radio host who predicted End of Days to speak 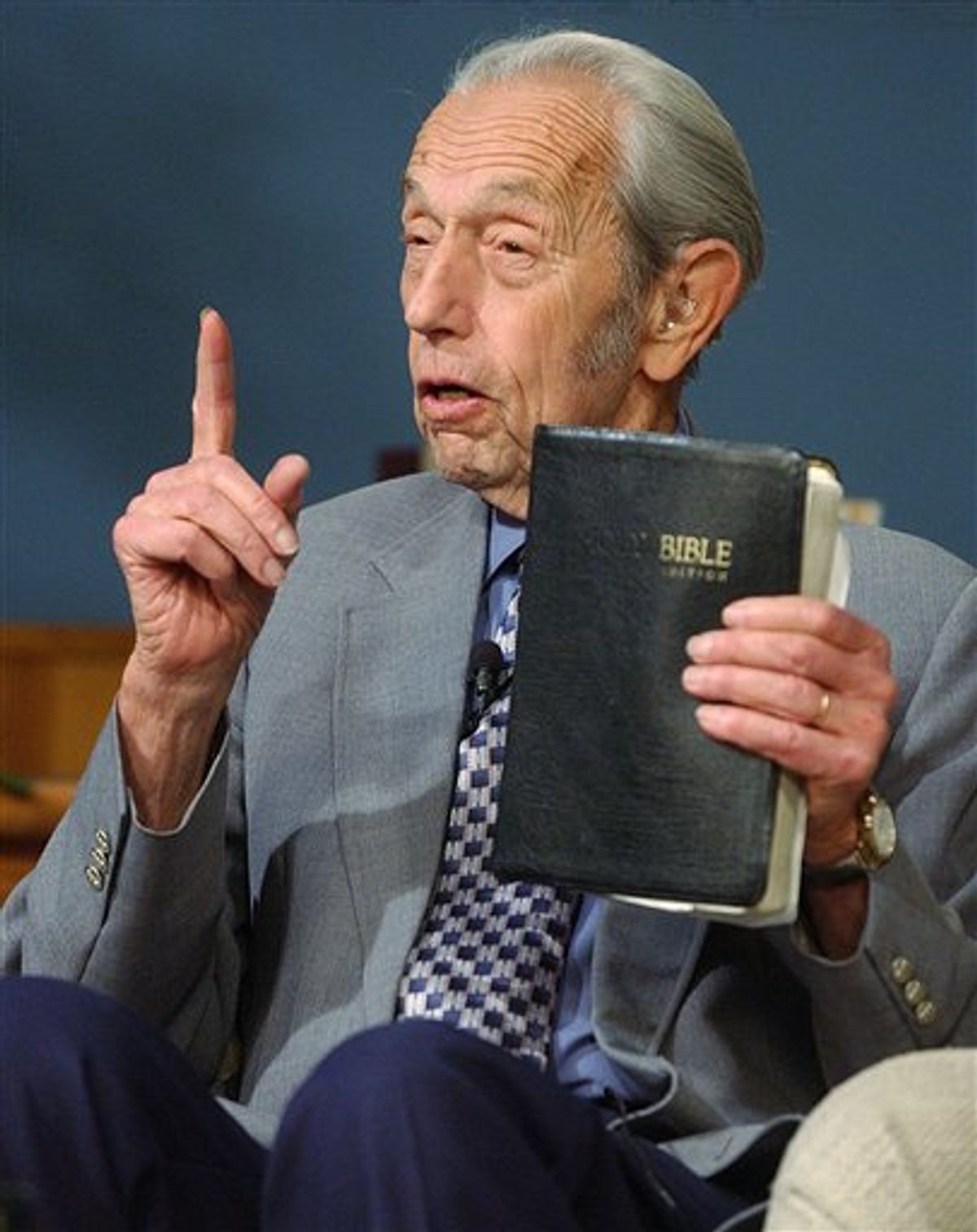 FILE - In this Dec. 12, 2002 file photo, Harold Camping speaks while holding the Bible, in San Leandro, Calif. A loosely organized Christian movement has spread the word around the globe that Jesus Christ will return to earth on Saturday, May 21, 2011, to gather the faithful into heaven. While the Christian mainstream isn't buying it, many other skeptics are believing it. The prediction originates with Camping, the 89-year-old retired civil engineer, who founded Family Radio Worldwide, an independent ministry that has broadcasted his prediction around the world. (AP Photo, File) (AP)
--

The radio host who predicted the world would end last Saturday says he's ready to talk about why the apocalypse didn't arrive.

Harold Camping declined Monday to immediately comment to The Associated Press at his home, but said he'll make a full statement in a radio broadcast later in the day.

The 89-year-old Camping told the San Francisco Chronicle on Sunday he was "flabbergasted" his doomsday prophecy did not come true.

Some of Camping's followers say they are surprised they were not swept up to heaven, after Camping preached for years through his Oakland-based Family Radio International media empire that the Rapture was coming on May 21.

Along with the disappointment, believers who spent their savings to advertise the world's end are now facing more earthly concerns.