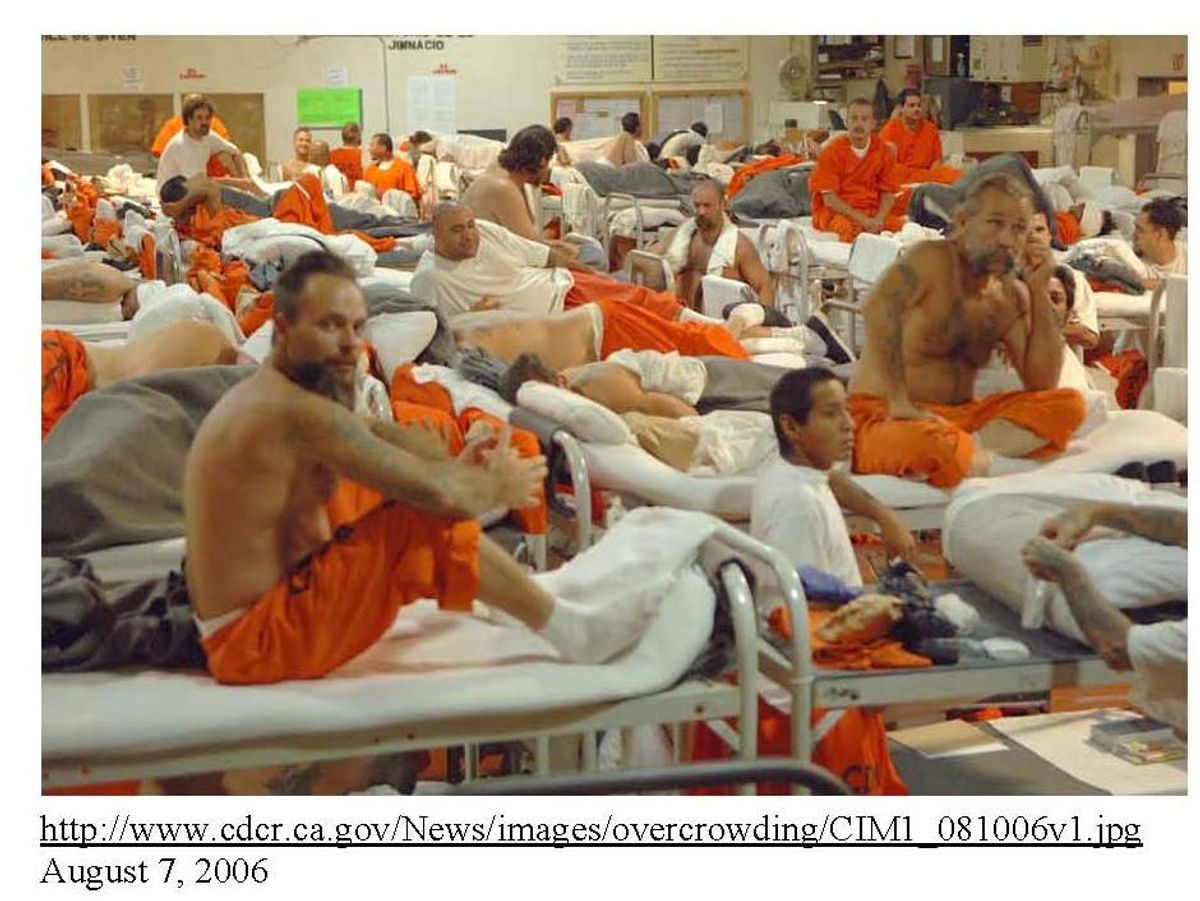 The Supreme Court decided Monday -- by a partisan 5-4 split -- to order a reduction in California's prison population (read the full opinion here). The Court's order stipulates that over 30,000 prisoners be removed from the state prison system within the next two years -- bringing the current total of around 143,000 prisoners down to a maximum of 110,000. (The system is only equipped to handle about 80,000.)

With its decision, the Court affirmed that prison overcrowding in the state has had severe repercussions as far as the medical treatment of inmates (for both physical and mental complaints) goes -- leading to conditions that constitute "cruel and unusual punishment," and thus violate the Eighth Amendment.

Unusually, several black-and-white photographs were published with the ruling opinion, to illustrate claims about living conditions in the jails. They were only three of many more submitted to the Court as exhibits in the case. You can see more of the images that convinced the Supreme Court of prison overcrowding's unconstitutionality below.