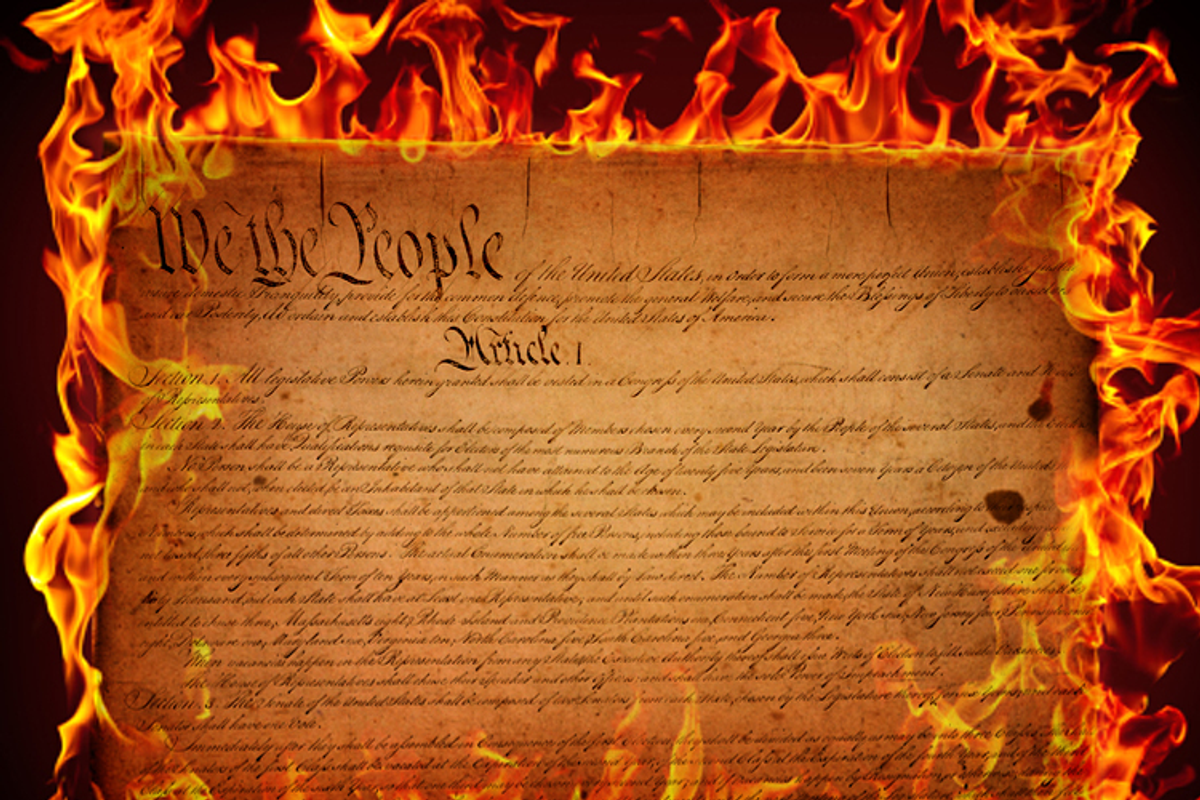 When it comes to "free" trade, Ralph Nader (among others) often makes a profound but taboo observation: "True free trade would take only one page for a trade agreement," he says before typically asking, "How come there are hundreds of pages and thousands of regulations" in these pacts?

The answer is that so-called free trade agreements (i.e., NAFTA, bilateral NAFTA replicas, the WTO regime, etc.) are free only of protections for human beings -- that is, free of provisions that preserve, say, labor rights, human rights and the environment. But those deals' "hundreds of pages" are chock-full of protectionist provisions for multinational companies -- provisions that, for example, allow foreign firms to sue governments for lost profits and empower international panels to unilaterally override a nation's domestic laws if those laws reduce corporate revenues.

In recent years, companies have become particularly aggressive in asserting these powers, as evidenced by the State Department's ever-growing list of NAFTA suits against the United States. That list, of course, includes the infamous attempt by the Canadian company Methanex to pilfer $970 million from California taxpayers in a case against the state's ban on the chemical MTBE. Though ultimately unsuccessful, the Methanex suit had been considered the most illustrative example of "free" trade encouraging corporate protectionism -- that is, until this week when the fishing industry convinced the World Trade Organization to eviscerate some of the most basic food-labeling laws on America's books.

As recently reported by the industry newsletter Inside U.S. Trade (h/t Eyes on Trade):

In a confidential interim report circulated to the United States and Mexico earlier this month, a World Trade Organization panel found that U.S. labeling requirements that preclude many Mexican tuna exports from receiving a "dolphin safe" label in the United States violate international trade rules, according to informed sources.

The interim panel report found that the U.S. requirements (violates the WTO rule that) forbids WTO members from implementing "technical regulations" that are "more trade-restrictive than necessary to fulfill a legitimate objective."

At one level, this is just another grotesque example of an unelected international body trampling American sovereignty by eviscerating one of our domestic statutes -- in this case, its a labeling rule that merely helps American consumers avoid killing Flipper when buying a tuna sandwich. But this suit also could go way beyond just one law by blazing a precedent-setting path for other such cases in the future. That's because unlike a ruling that challenges the goal of a statute, the WTO explicitly proposes to nullify this law even as the panel acknowledges that it actually "fulfill[s] a legitimate objective."

Should this ruling stand, then, it will raise the frightening question: What other domestic laws that "fulfill a legitimate objective" will the WTO nonetheless deem "more trade restrictive than necessary" when a powerful corporate lobby comes calling? Pondering that is not some academic exercise, mind you -- the answer could have pervasive and immediate real-world implications in every area of public policy.

The fact that such questions need to be asked is an indictment of both the "free" trade label and the underlying agreements themselves.