The harsh crackdown has triggered international outrage and U.S. and European sanctions 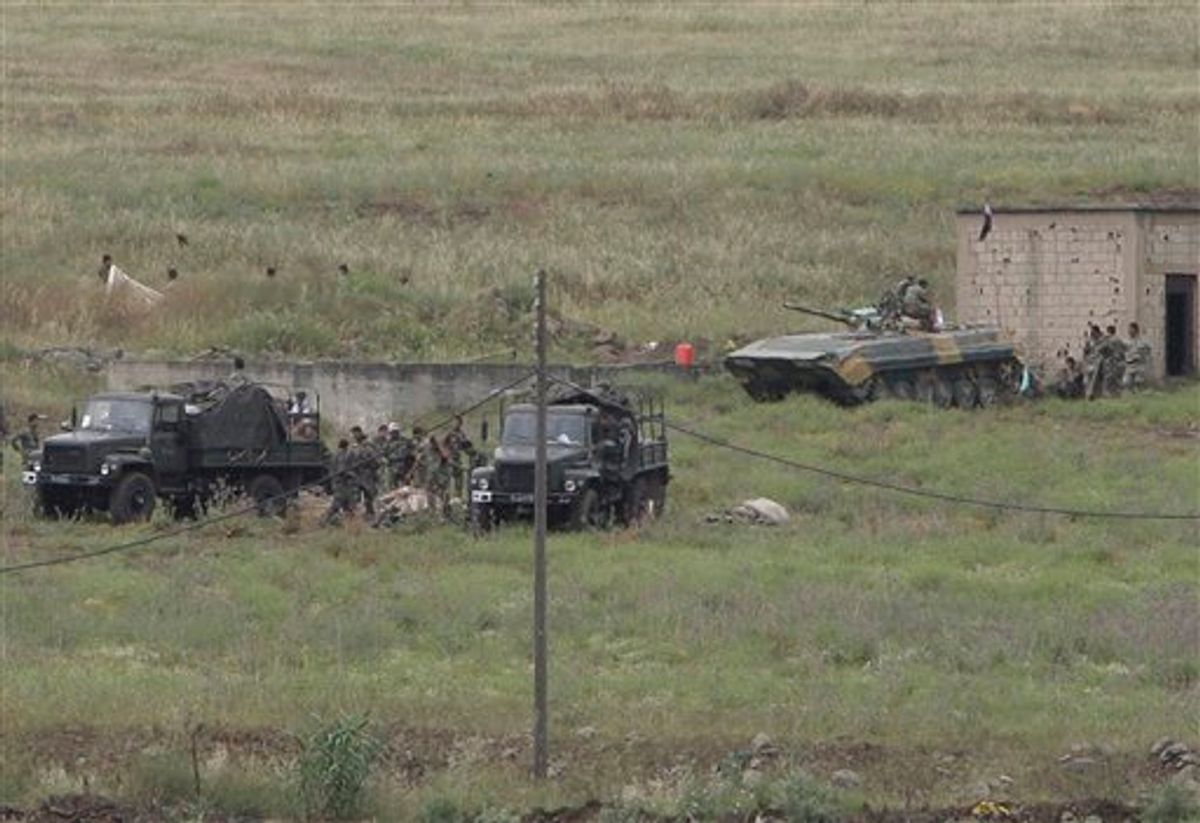 Syrian army soldiers are seen reinforcing the village of Arida near Talkalakh opposite the Lebanon-Syria border, in Wadi Khaled, north Lebanon, on Friday May 20, 2011. The Syrian government says troops have begun withdrawing from a western border town following a six-day military operation that activists say killed at least 36 people. The Syrian government is accusing President Barack Obama of meddling in its internal affairs. (AP Photo/Bilal Hussein) (AP)
--

A prominent human rights group says the death toll from Syria's crackdown on a nine week long uprising has exceeded 1,000.

Ammar Qarabi of the National Organization for Human Rights in Syria said Tuesday his group has documented the names of 1,062 people who have died since the uprising erupted in mid-March.

The harsh crackdown has triggered international outrage and U.S. and European sanctions, including an EU assets freeze and a visa ban on Assad and nine members of his regime.