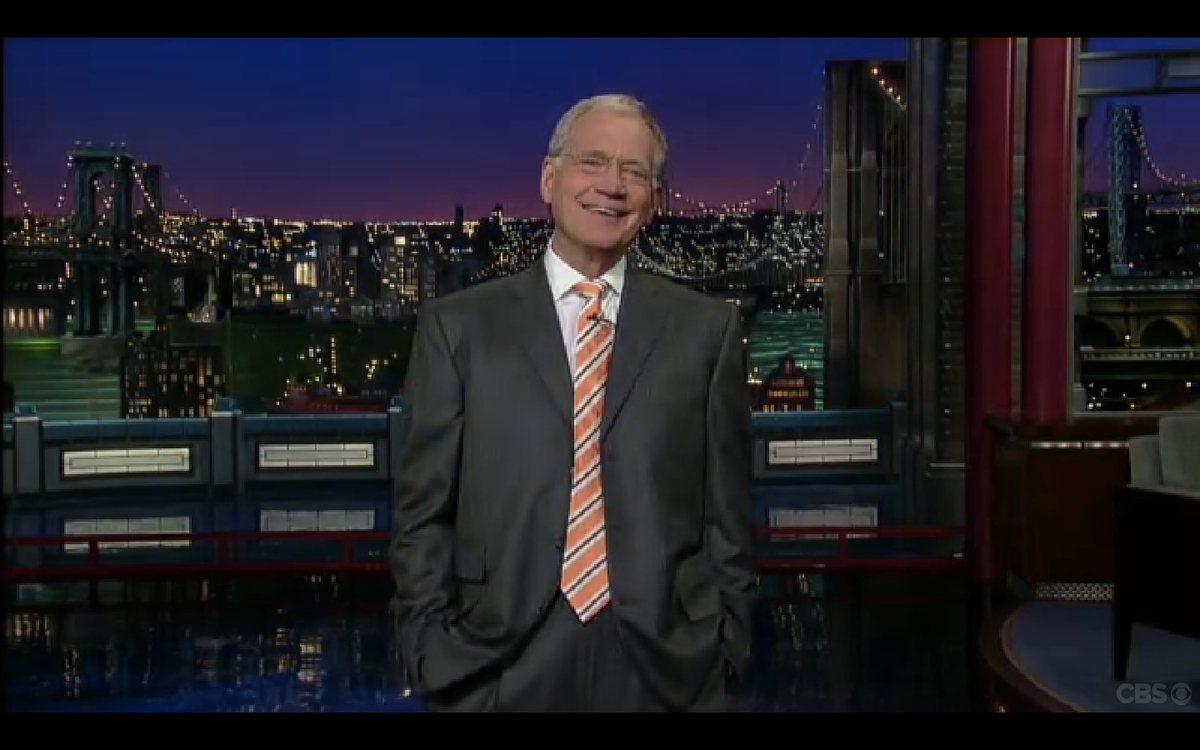 David Letterman on the "Late Show."
--

Harold Camping has already copped to the fact that his May 21 apocalypse prediction was incorrect. But while he confesses he got some of the particulars wrong, he hasn't given up completely; he now claims he made an error in his calculations, and that the apocalypse will come five months from now, on October 21. AP explains:

The globe will be completely destroyed in five months, [Camping says], when the apocalypse comes. But because God's judgment and salvation were completed on Saturday, there's no point in continuing to warn people about it, so his network will now just play Christian music and programs until the final end on Oct. 21.

On the "Late Show" last night, David Letterman imagined ten alternate excuses Camping could have made for his mistake: