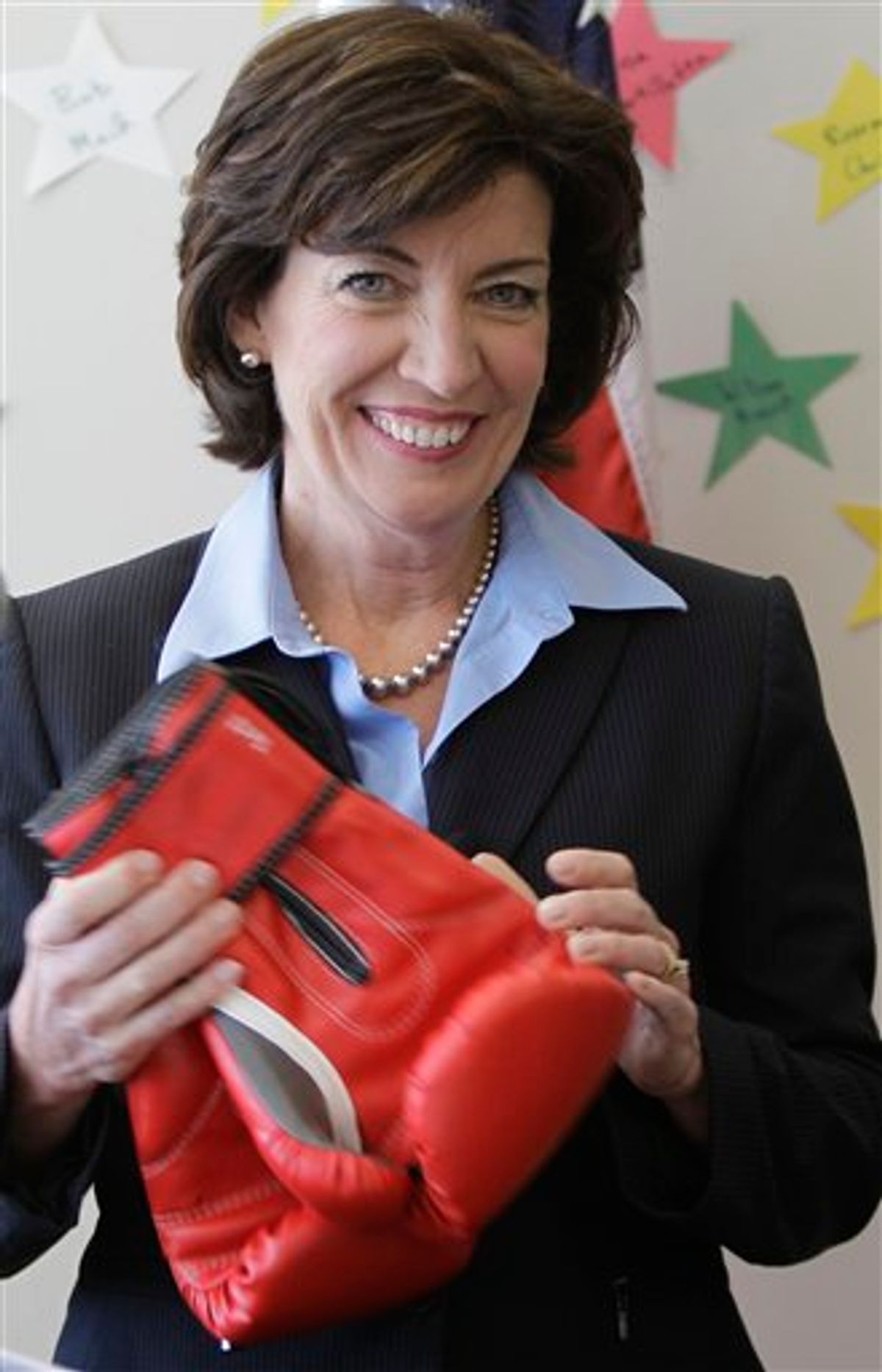 Today's tight race in New York's 26th Congressional District has become a referendum on the Republican plan to transform Medicare.

The western New York district is among the most conservative in the state.

Nevertheless, the latest poll shows Democrat Kathy Hochul with a slight lead over Republican Jane Corwin in the race to succeed Republican Chris Lee. Lee resigned in February after shirtless photos surfaced that he'd sent to a woman on Craigslist.

Corwin was the early favorite but has seen her lead shrink after expressing support for a proposal to recast the government's health plan for seniors as a voucher program.