The border crossing with Gaza will be opened for Palestinians on Saturday, easing the blockade 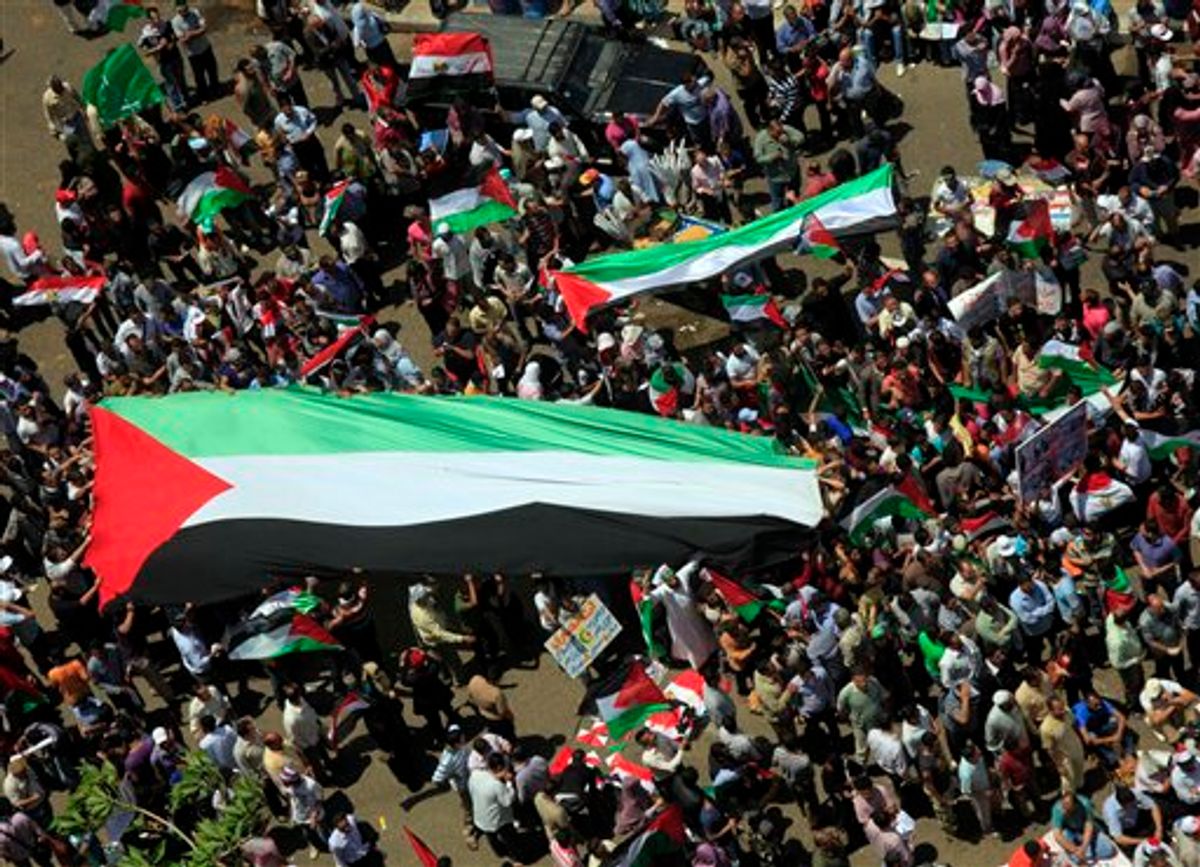 Egyptians carry a giant Palestinian flag during a protest against Israel's closure of Gaza as they march at Tahrir Square, the focal point of Egyptian uprising, in Cairo, Egypt Friday, May 13, 2011. (AP Photo/Amr Nabil) (AP)
--

Egypt's official news agency says the Rafah border crossing with Gaza will be permanently opened for Palestinians on Saturday -- a move that will significantly ease a blockade of the impoverished territory.

MENA said Wednesday that Egypt's new military rulers set the date for the opening of the crossing as part of efforts "to end the status of the Palestinian division and achieve national reconciliation."

The decision is a sharp departure from the policies of ex-President Hosni Mubarak, who had restricted the movement of people and goods through Rafah in keeping with a blockade it imposed on Gaza along with Israel after Hamas seized control of the strip in 2007.