Of course he was unfair to Elizabeth Warren: He was trained by the most cutthroat political organization around 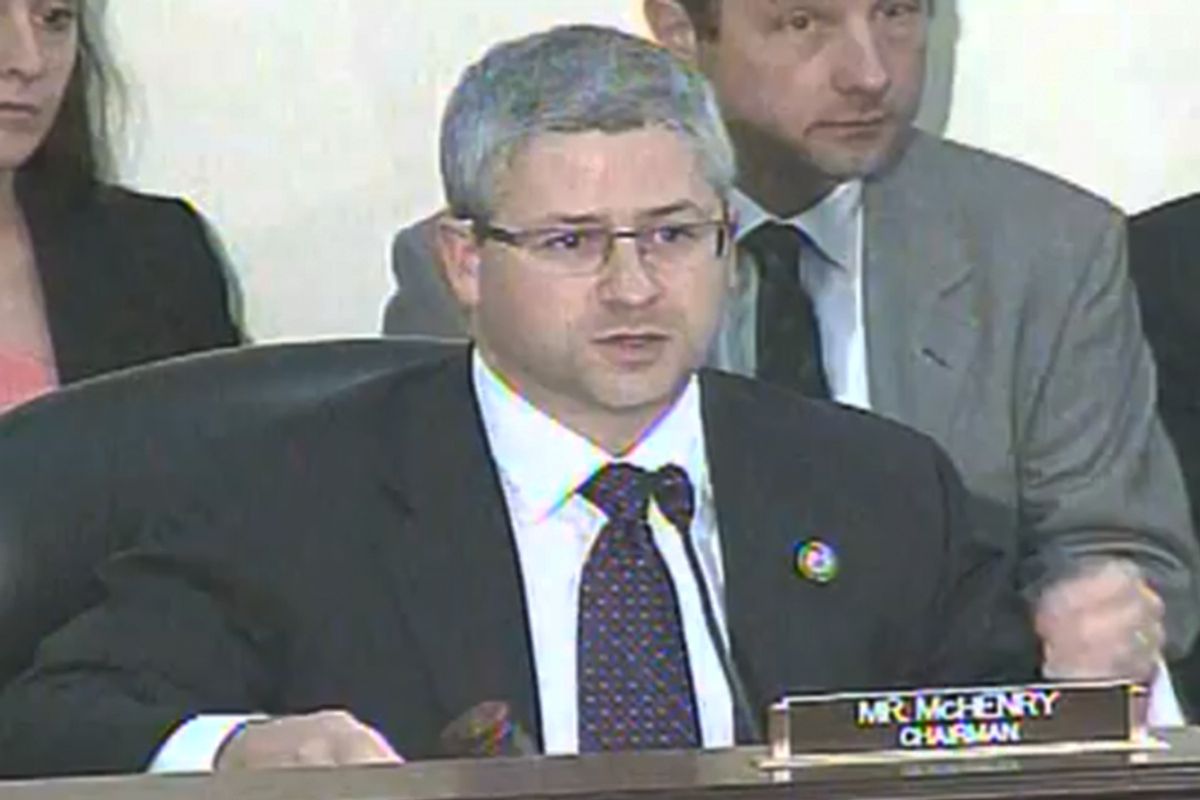 McHenry has been one of the most completely shameless of House Republicans since his arrival in Congress, in 2005, when he immediately and publicly endorsed Tom DeLay's brilliant plan to exempt himself from ethics rules as his connections to Jack Abramoff began to end his career. But he was born to be cheerfully corrupt: He's a product of the College Republicans, an organization that trains little Lee Atwaters, Karl Roves and Grover Norquists in the arts of scorched-earth campaigning and wholly irresponsible "governing" on behalf of the monied interests that bought you your job. The ethos is win by any means necessary, legal or quasi-legal (or worse, as long as you never get caught), and McHenry was very good at that, according to Benjamin Wallace-Wells' memorable profile of the then-freshman in the Washington Monthly.

After the College Republicans, and a failed state legislature race, McHenry moved on to truly insidious conservative astroturfing/push-polling/communications firm DCI, then worked for Rove, then took a political appointment in the Bush administration, then moved to the district he now represents, where he started a real estate company that did not actually buy or sell any real estate, so that he could run for Congress as "a small businessman."

Once in the United States House of Representatives, McHenry personally intervened in a wild and bloody College Republican National Committee chair election, on behalf of a personal friend of his who'd become slightly toxic after he sent fundraising letters attempting to trick "elderly people with dementia" into donating to the CRNC. And he was successful! The horrible kid won, against all odds:

In other phone calls, McHenry was more blunt: "He told me, and several of my friends that we were done in politics if we didn't support him," another College Republican chapter president told me. (McHenry has admitted that he and Deans made the calls but denied that they threatened anyone's career). Over the course of two weeks, after a couple of a dozen calls, McHenry prevailed upon those in the North Carolina delegation to change their votes, removing three votes from Davidson's column and putting them in Gourley's. Gourley ended up winning by six votes; had North Carolina voted the other way, Davidson might have won.

Another of McHenry's first acts in Congress, Wallace-Wells writes, was to champion a bill that was specifically written to rip off a large portion of his constituents, by making it "much harder for government to regulate or block the conversion of credit unions into banks ..." He is a close ally of major consumer financial institutions with a plum assignment to the Committee on Financial Services, which is great for raising money.

It's only natural that Elizabeth Warren, whose mission is to protect consumers from unethical and predatory practices by these institutions, is Patrick McHenry's enemy. You can complain on his Facebook wall all you like, but the Republican from North Carolina is incapable of feeling embarrassment.

And his treatment of Warren will only make him a bigger conservative hero and an even more attractive investment opportunity for major banks.