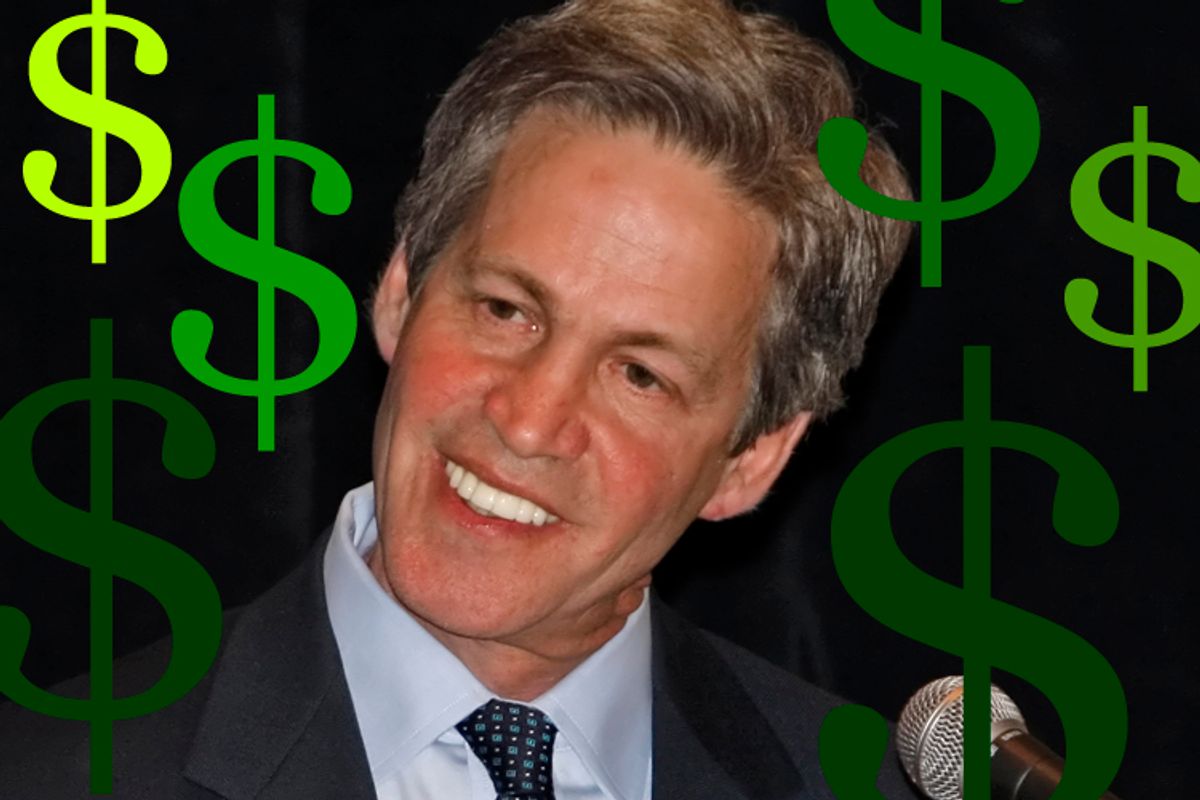 Last year we spent some time reporting on the tiny group of billionaires that, virtually on their own, put up the money for a heavy-hitting conservative campaign group associated with Karl Rove, American Crossroads.

Now it looks like another one of the outside groups active buying ads in the 2010 campaign was also funded by just a handful of super-rich donors. Led by former Sen. Norm Coleman, American Action Network was created in 2010 and presented itself as a "grass-roots" group. It is organized under a section of the tax code that allows it to keep donors' identities secret.

AAN does, however, have to make certain public disclosures with the IRS, and the Washington Post has a story on what a new filing from the group shows:

American Action Network, a Washington group formed by Republican power broker Frederic V. Malek and run by former senator Norm Coleman (R-Minn.), collected $2.75 million from July 2009 to June 2010 in just 11 checks, the filing shows. The largest were two checks for $1 million apiece, and the smallest were two checks for $25,000.

Yes, that's just 11 contributions from an unknown number of donors in AAN's first year of existence. That's fewer donations than AAN has board members. We know that at least one of those early donors was reported to be Home Depot billionaire Ken Langone.

And yet, in a typical formulation in July 2010, AAN's Rob Collins told Politico of one of the group's ad campaigns: "Our issue advocacy effort highlighting Senator Murray's 18-year record in Washington is a grassroots call to action for our policymakers to change their ways."

This highlights an important Washington principle: If you see the word "grass-roots" being thrown around, it's more often than not a straight-up falsehood. (Rove's billionaire-funded group also dubbed itself "grass-roots.")