When do war criminals deserve justice? 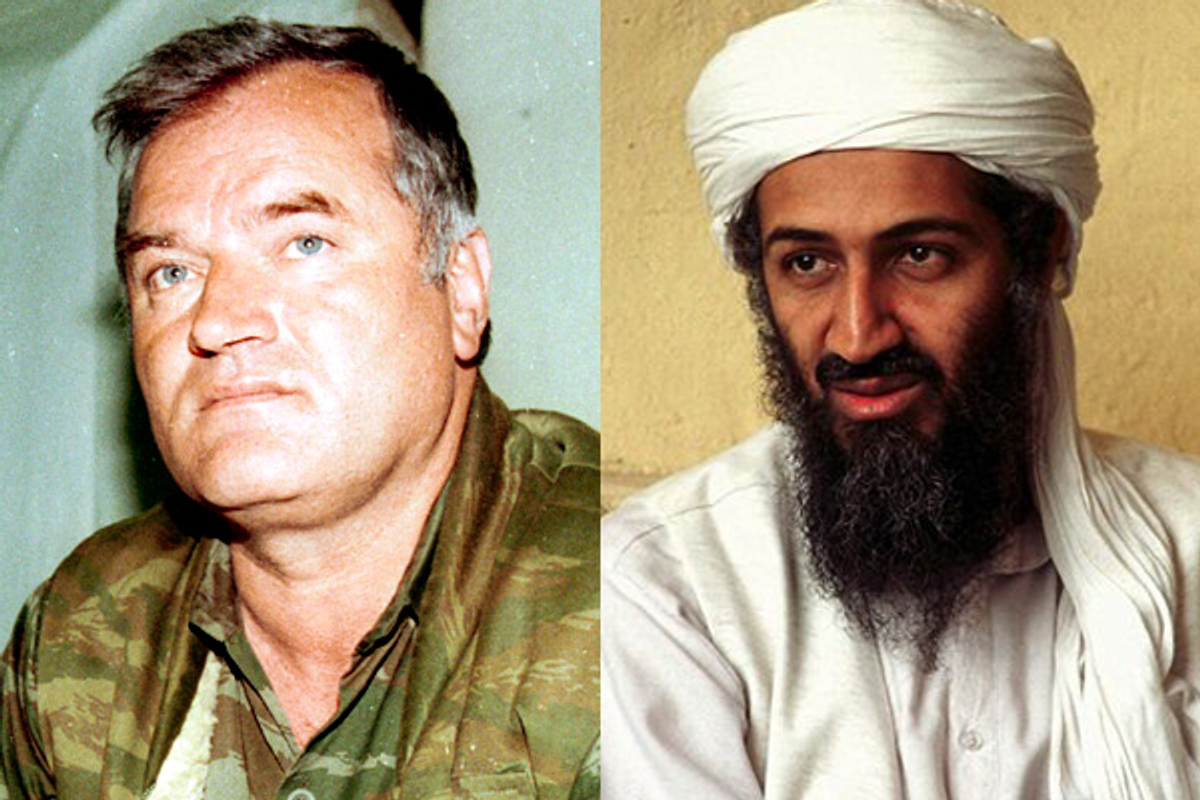 How can we make sense of the discrepancy?

Some might argue that Nuremberg-like trials can occur only after an accused war criminal is no longer a threat to the world. This was the line of reasoning floated by some Obama administration supporters last month with regard to bin Laden. The idea was that since he remained an active threat to the world, we couldn't put him on trial, because his minions would violently retaliate during the court proceedings (those who made this argument insisted that the Nazis could have only been put on trial at Nuremberg because Nuremberg happened after World War II). But, then, like bin Laden, Mladic was still an active threat when he was captured -- if not to the whole world, then at least to Bosnian Muslims. Indeed, Voice of America reports that Mladic was being actively "protected by some of those who still hold power in Serbia" -- power that could ostensibly be used in violent retaliation when Mladic goes on trial. And yet, nobody is suggesting he can't be put on trial -- in fact, quite the opposite.

So how can our government tell us that when it comes to one accused war criminal, it "looks forward" to a trial in order to achieve "international justice," but that for other accused war criminals, no such trial is necessary to make sure "justice has been done?"

3. Mladic was a part of an internationally recognized government when he allegedly committed his war crimes. Bin Laden was a stateless terrorist when he committed his crimes. Maybe our government is saying that if one marshals the apparatus of an official state to kill thousands of people, one deserves due process, but that if one kills thousands of people without state sanction, one deserves does not. In other words, perhaps our government is saying that one form of mass murder is somehow more acceptable -- and thus more deserving of a legal court inquiry -- than another.

For the sake of clarity, it's worth trying to find out which of these explanations is at work. At minimum, it might help Americans better understand what premises its government is acts on -- and it might give the world a better idea of how America defines "justice."