22 GOP senators accuse the White House of spreading panic. Who are they kidding? 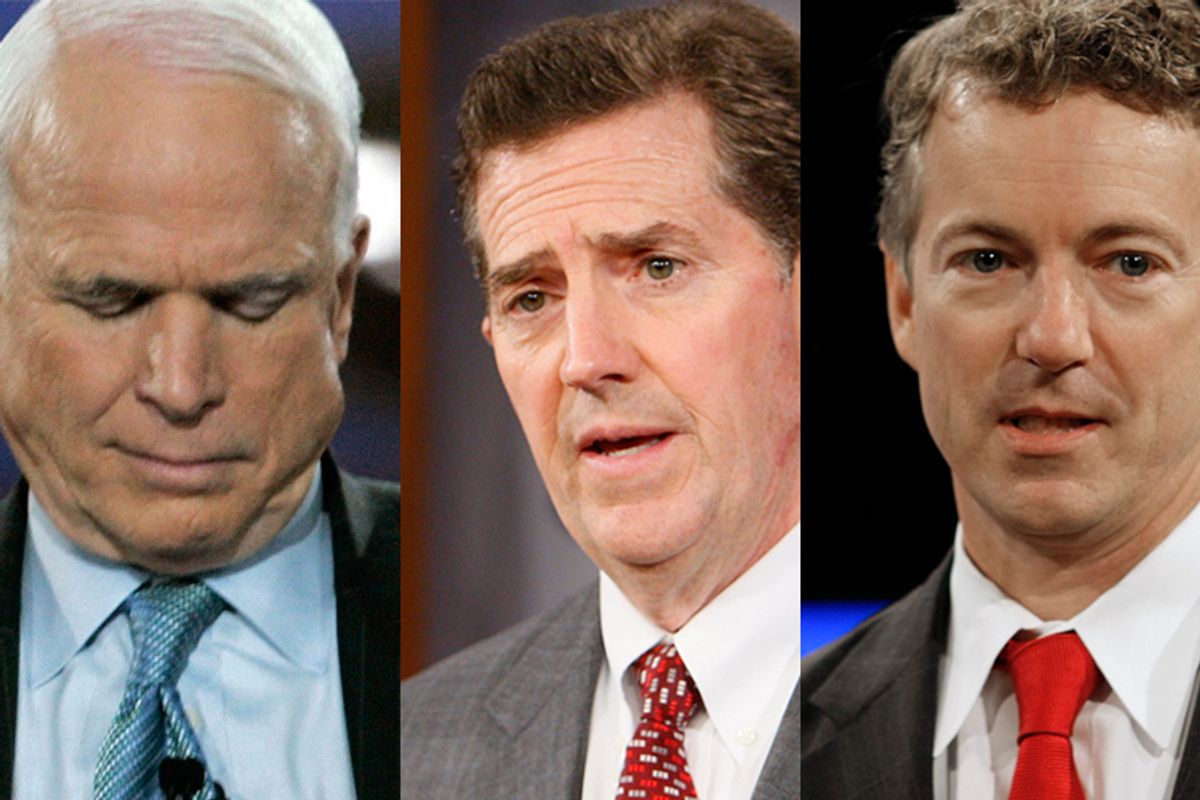 In the annals of Republican chutzpah, this one ranks pretty high: On Thursday 22 Republican Senators signed a letter sent to Treasury secretary Tim Geithner accusing him of "irresponsibility" on the debt ceiling.

The senators want Geithner to develop a contingency plan for allocating government spending in the event that the debt ceiling isn't raised. If markets freak out, they imply, it will be Geithner's fault for not properly preparing.

If the debt ceiling is not raised "in time" it will be because Republicans refused to do so. And markets will panic, no matter how much "contingency" planning is in place, because as even conservative economists are plenty willing to point out, making the cuts necessary to stay within the debt ceiling on August 2 -- while continuing to make interest payments on U.S. government debt -- would slash spending on social welfare, defense, and all kinds of discretionary spending to politically and economically unsupportable levels.

So let's talk irresponsibility. Thursday's jobless claim numbers came in, again, at a level consistent with job losses, instead of the gains the U.S. economy has been registering for the last six months. GDP growth is clearly slumping -- a look inside the numbers of today's revised GDP statistics for the first quarter reveals that U.S. economic performance early this year was even worst than expected.

In such a context, the massive cuts in GDP spending that the GOP is a: extorting in return for lifting a debt ceiling or b: will be instantaneously required if the debt ceiling isn't raised represents the worst possible fiscal strategy one could imagine at this point. This is something financial markets will recognize very quickly, as the economic situation continues to degrade, and the game of debt ceiling chicken reaches the point of no return. A dose of chaotic austerity inflicted upon a weak economy is the very definition of "irresponsibility."