How "Ghost World" made me brave

In high school, I longed to be as edgy as Enid. Then something devastating happened 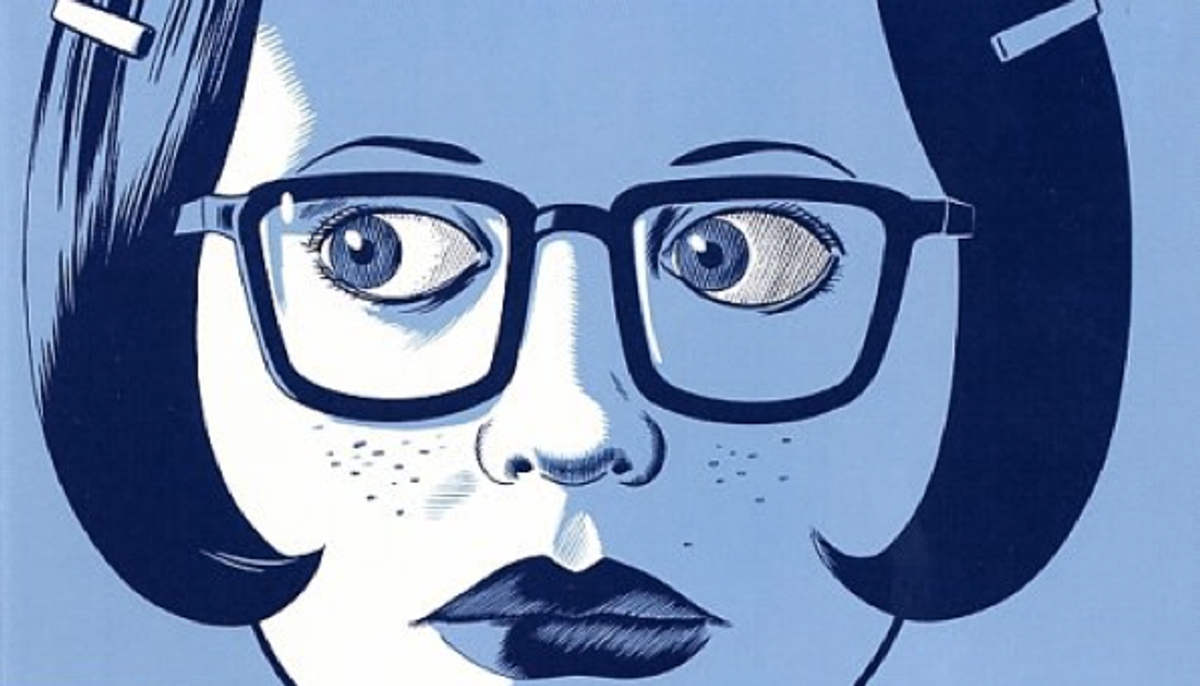 For our senior prank, my best friend and I papered the high school auditorium with photocopied, blown-up images from Daniel Clowes' comic book "Ghost World." While our classmates inserted porn in between the pages of the library's encyclopedias and parked teachers' cars in the middle of the quad, Nikki and I thought broadcasting our love for "Ghost World" was the ultimate act of rebellion: We took particular pride in posting the image of the book's heroines, Enid and Rebecca, in commencement caps and gowns, giving their alma mater the finger. I knew even back then that I wasn't as edgy and outspoken as Enid, but I really, really wanted to be.

I loved "Ghost World" in part because I could relate to it. "Oh my fucking God," was a favorite expression of ours that Enid and Rebecca used ad nauseam, and like them, we sat around and complained about what huge losers everyone we knew was while concocting elaborate schemes. Enid and Rebecca are abrasive, they talk about sex all the time; they hang out with creepy losers. Like bored teenagers everywhere, we got a kick out of people-watching and snickering under our breath, had a comeback for every situation, and thought our one-liners impossibly witty.

In many ways, my life didn't look much like Enid and Rebecca's. Even if I felt emotionally adrift, I was a good student and had a post-high school plan: college. Enid and Rebecca spend much of "Ghost World" at loose ends, wondering what exactly to do now that they've graduated. Both girls come from unusual family situations: Rebecca lives with her grandmother, and Enid with her single dad. I grew up in a fairly conventional family: my parents, little sister and me.

My parents and I fought a lot during high school, about curfews and older boyfriends and whether it was a huge deal that I'd had a beer at a party, but we were always close. They insisted on eating dinner together every night. My dad helped me with my Algebra II equations, my mom edited my rambling English papers ("'Hamlet,' 'The Godfather,' and 'The Lion King'"), they both bore witness to my lack of physical coordination at lacrosse practice, and even knew which boy I was obsessed with from month to month. Enid's dad loves her, but they fail to connect.

Though much of my high school sufferings consisted of the usual slings and arrows of adolescence (six years of orthodontia, getting dumped the day before my 16th birthday) serious stuff happened, too. I was assaulted at 17, and too freaked out and ashamed to tell my parents for several weeks.

During that time, I spent a lot of time holed up in my bedroom, trying to stave off panic attacks. I took solace in reading "Ghost World" over and over. I copied Enid's freckled nose into my own sketchbook, and drew myself (short, curvy, braces, ashy-blond hair, perpetual scowl) Clowes-style. It was relieving and refreshing to spend time with Enid and Rebecca: teenage girls who weren't happy all the time, but still managed to turn their angst into something other than lying face-down on the bed, listening to Counting Crows and sobbing. There are plenty of frames in "Ghost World" where Enid does just this, but she also creates eerie, odd adventures for herself: driving to a dinky dinosaur sculpture park in her hearse, investigating a sleazy sex shop, and inventing back stories for the weird people she sketches in cafes. She might be miserable, sometimes, but she's still capable of seeing the world on her own terms, marveling at the strangeness of what she sees.

Still, most of Enid's responses to being young and in pain are not "healthy." She doesn't throw herself with manic dedication into stage-managing the high school production of "South Pacific," volunteer for wilderness trail maintenance, take up knitting, or see a shrink, all things I tried during my senior year in efforts to distract myself. But Enid did teach me that it's OK to live with a little darkness. I didn't feel like being nice, or pretending that everything was cool, and neither did Enid. I felt like being angry, at least for a while.

Enid is damaged, but she's more complicated than the average snarky smart aleck. She can be mean (orchestrating pranks against lonely men who post personal ads) but she's also vulnerable (see crying face-down on the bed). Her love for Rebecca is real even after their friendship falls apart -- the last words she speaks in the book, looking at an unsuspecting Rebecca through a cafe window, are: "You've grown into a very beautiful young woman." While this last snatch of dialogue is sincere, Enid's humor and intelligence come in part from her insecurity, from feeling out-of-step with the rest of the world. Enid brought me back to ordinary levels of angsty adolescence ("I just hate all these obnoxious, extroverted, pseudo-bohemian losers!") when I couldn't do it by myself.

At the end of the book, when she gets on a bus and leaves town for good, Enid also proves that she's brave. For me, being brave meant accepting that something shitty had happened, but that it was only one piece of my experience.

Eventually, I told my parents what had happened. They were devastated, but never angry with me. They sent me to therapy; I continued with life as usual both the good and the bad. I continued to get in minor trouble with my friends (we were caught by security guards scrawling "Fuck Bush" on street signs in waxy red lipstick) but I also managed to do my homework and get my college applications in on time.

Throughout that fall, I was acutely conscious of my parents' support, how much they loved me. Unlike Enid, I had parents I could talk to, even when talking was uncomfortable and awful. My mother's always made a big thing of saying "I love you" every day, and as a teenager, I found this irritating, obvious and excessive. Still, it helped to hear it over and over, mantra-like, even if I only mumbled it back. Sometimes, the best you can do for someone else, indeed the only thing you can do for them, is to tell them that you love them.

When I left for college, I brought "Ghost World" with me. When I look at it today (coffee stains and doodles in the margins, black and blue-tinted frames transport me to my bedroom at seventeen, sitting cross-legged on my unmade bed, surrounded by pictures of Han Solo and Cary Grant and Meryl Streep tacked up on my walls with scotch tape. I trace the simple lines that form Enid's mouth into a defiant pout when she dyes her hair green, or the fine crosshatching of her furrowed brow when she cries, and I remember my utter certainty that everything sucked absolutely forever. Being a teenage girl is not for the weak.

When I graduated from high school, I wore a white dress and smiled in photographs. Enid, stuck in her dual-chromatic world, never gets to grow up, or if she does, we don't get to see it. I moved out, went to college, lived in new towns and uncharted places. I never once took a bus to get there. Part of me still wants to copy the final frames of "Ghost World": to pack my worldly goods in a vintage valise and skip town without telling anyone where I'm going. I know I won't do this. I can't. Not because I didn't learn how to be brave, but because unlike Enid, I found reasons to stay.