"Gadhafi has deprived himself of legitimacy as the Libyan leader, and it's necessary to help him leave" 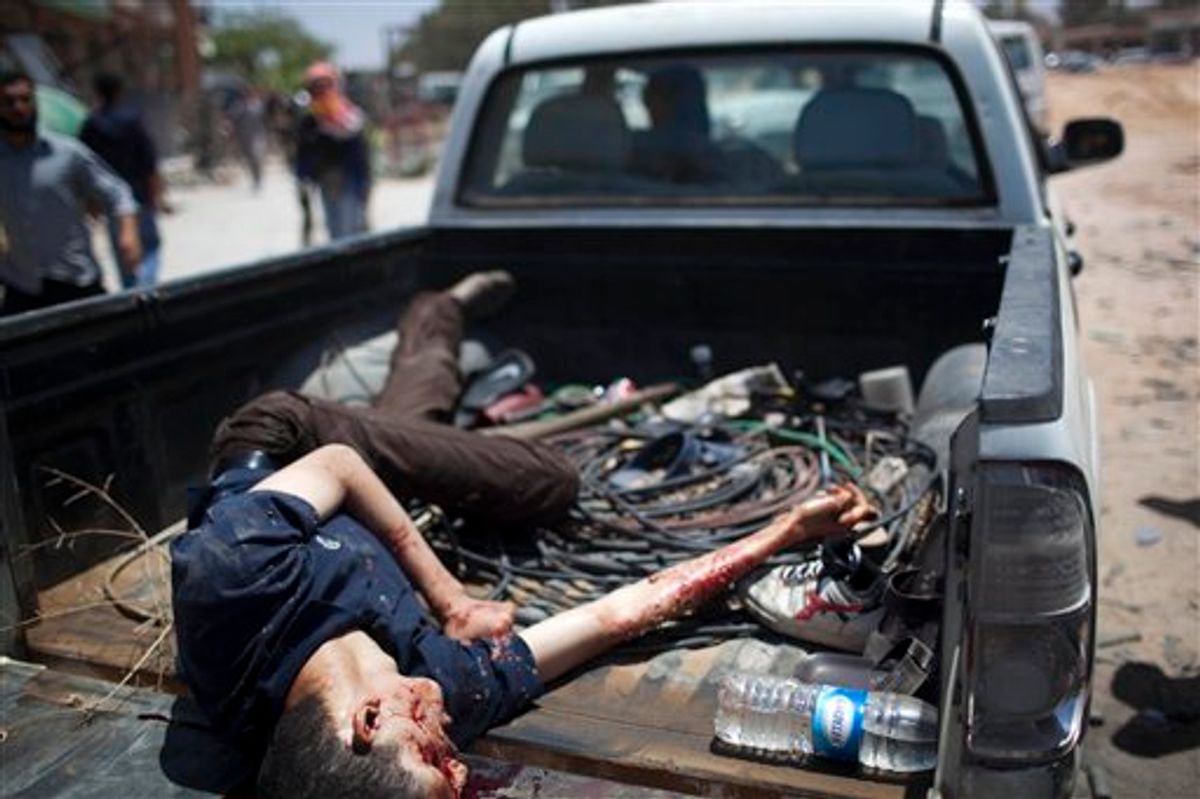 A dead rebel fighter lis carried in a pick up at the front line between them and Moammar Gadhafi forces, 25 km west from Misrata, Libya, Thursday, May 26, 2011. The deputy leader of Libya's rebel administration said it could take up to two years to organize elections, backtracking on promises of a six-month transition to democracy and adding to internal dissent already brewing within the movement seeking to topple Moammar Gadhafi. (AP Photo/Rodrigo Abd) (AP)
--

Deputy Foreign Minister Sergei Ryabkov was quoted by Russian news agencies as telling reporters on the sidelines of the Group of Eight summit in Deauville, France, that Gadhafi has exhausted his legitimacy as the Libyan leader.

"We believe that Gadhafi has deprived himself of legitimacy as the Libyan leader, and it's necessary to help him leave," Ryabkov said, adding that Russia is ready to convey such signals to the Libyan side.

"It"s necessary to find a formula for Gadhafi to leave the post, and such a step would help settle other issues," Ryabkov added.

The Russian leaders have been critical of Gadhafi but also complained about what they called an excessive use of force by NATO and urged a quick end to hostilities. Russia's Foreign Minister Sergey Lavrov has recently held talks in Moscow with representatives of both Gadhafi's government and the rebels.

Mikhail Margelov, the Kremlin-connected head of the foreign affairs committee in the upper house of Russia's parliament, said in Deauville that Russia will step up contacts with both the Libyan government and the rebels. Russian newswires quoted Margelov as saying that it's necessary to conduct talks on Gadhafi's departure with the Libyan political elite, maybe Gadhafi's sons.