Is it OK for a vegetarian to wear leather?

As a child, I was uncompromising about not eating meat. But there was one little hypocrisy I tried to ignore 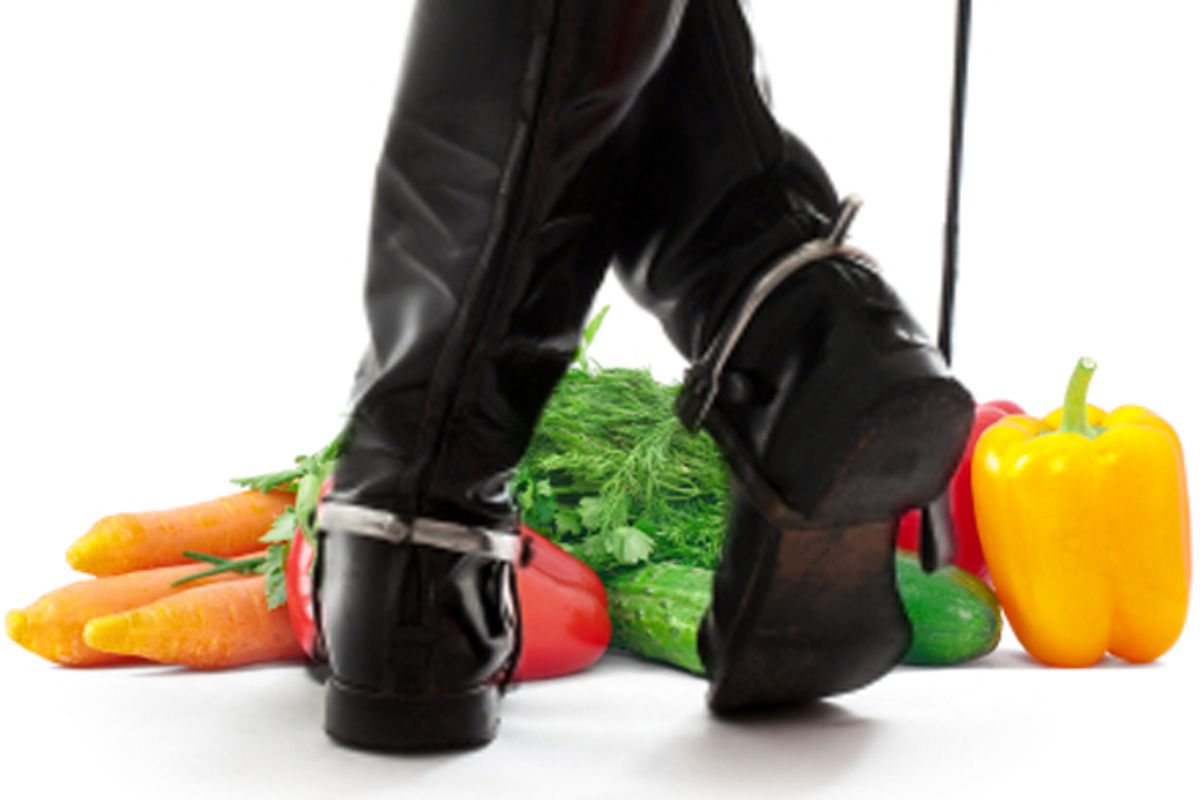 When I was 8, I became a vegetarian. A zealous vegetarian. The kind of vegetarian who at 10 forced herself to vomit an accidental bite of hot dog and spent hours lecturing her friends' parents on why they should stop eating meat.

As time wore on, my righteous crusade was met with practical challenges. When I'd moo at a friend taking a bite of a hamburger or rail against the cruelty of factory farms or drone on about how terrible cattle-rearing was for the environment, variations of the same question would arise: "Um, Emily, what do you think those shoes are made of?" And then I'd dodge the issue or just flat-out lie ("Um, they're pleather," my 12-year-old self would say. "I don't buy leather").

But in reality my shoes were leather and that wasn't the worst of it. I indulged in an entire hobby where I regularly used and consumed leather goods: horseback riding. I owned beautiful black leather show boots that went up to my knee; I rode on a soft chestnut leather saddle; my hands held braided leather reins that connected to a leather bridle. And I had my justifications: The boots were used; the saddle and bridle were more comfortable for the horse (OK, that one was a stretch even back when). But the truth was I not only tolerated the various leather equipment, I liked it. I loved the way it looked, the way it felt, the way it smelled. To this day the distinct aroma of leather tack brings back fond adolescent memories of galloping and grooming horses. I had no problem immediately labeling meat as an animal corpse, but with cowhide I quickly mastered the art of disassociation.

By the time I was 16 or so, I at least wore my hypocrisy on my sleeve. A black '70s leather jacket had been passed down to me by a friend's mother. That one was easy to absolve -- we're talking cows that were killed decades ago -- but impossible to hide from my friends. And that was OK, mostly, because I'd reached that delightful stage of adolescence where everything is glib and ironic, and any values you once clung to as a child are automatically dismissed as "kid stuff." So in that context, wearing a leather jacket while refusing to eat meat was some sort of subversive contradiction. Somewhere in the back of my mind, though, it still irked me.

But with time, the black-and-white moralizing of my childhood evolved into something more nuanced. Part of growing up is realizing that the clear and galvanizing may not be as clear (or galvanizing) as you were once convinced it was. Marxists go corporate. Hippies cut their hair. Punk rockers put on ties. And sometimes vegetarians wear leather. I came to realize that not eating meat didn't give me the right to be sanctimonious but it also didn't mean I had to beat myself up for a few moral inconsistencies. Being a bit of a hypocrite didn't make me a bad person. It just made me a person, period.

I still don't eat meat of any variety, but the fervor is gone. When I found out a delicious goat cheese and mushroom tapa I'd just eaten had been cooked in beef stock, I managed to stomach it with few serious qualms. There are even times when I'd rather not know how exactly my food has been prepared at a restaurant. And I recognize other lapses in an ethical code that once seemed starkly black and white. Not only do I purchase leather products on occasion, I also eat milk and eggs (which if my moral compunctions were consistent, I would do only once assured the products had not been ravaged from the bodies of some brutally enslaved cows or chickens on a factory farm).

Now when people ask me why I'm a vegetarian, I don't give them a lecture on morality. Truth be told, my vegetarianism no longer feels like an ethical choice so much as a long-standing habit or bizarre personality quirk. So, when pressed, I come up with something along the lines of, "I have the luxury of not having to eat meat so I don't." Of course, I also have the luxury of not having to buy leather, but I still do.