Kid-baiting ads have gone too far 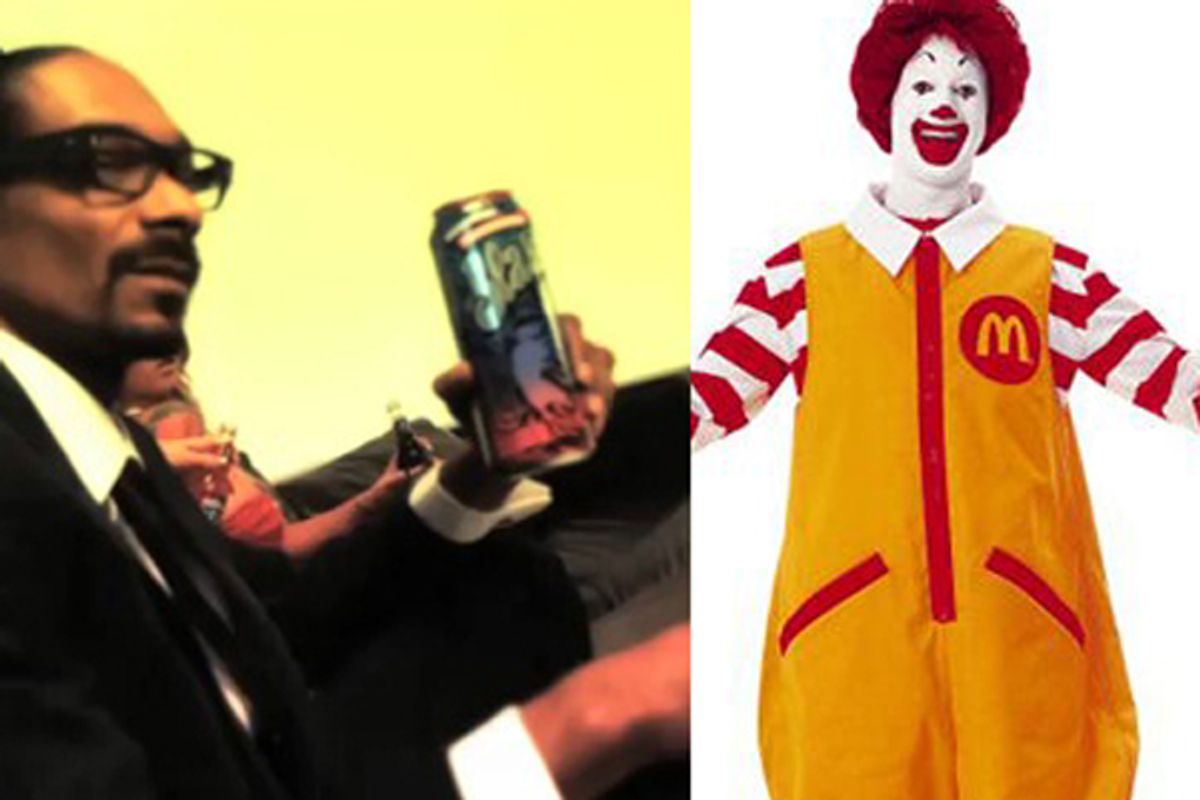 Is Snoop Dogg the new Joe Camel? Is Ronald McDonald? What about Facebook -- has that website become synonymous with an infamous tobacco industry cartoon that preyed on unsuspecting kids? During the last few weeks, these questions came to the forefront in a serendipitous series of jeremiads. First, critics accused Snoop of helping Colt 45 market a soda-esque alcohol drink to his underage fans. Then, Ronald was attacked in newspaper ads by healthcare experts who demanded McDonald's stop using the clown to push unhealthy foods on kids. And finally, AdAge reported on three lawsuits that say Facebook is unduly using pictures of children "for the commercial purpose of marketing, advertising, selling and soliciting." Whether or not this makes the rapper, the clown or the social network synonymous with Joe Camel, it's good news that more Americans are again demanding scrutiny of advertisers.

I say "again" because this issue has periodically popped up in our country since 1974. That year, citizens successfully pressured the Federal Communications Commission to regulate when advertisements could be aired and for how long, so as to prevent marketing directly to kids. Then, of course, came the conservative backlash in the 1980s whereby Ronald Reagan's FCC discarded its previous rules.

Thankfully, the momentum may now be shifting back -- and not a moment too soon.

Since the beginning of deregulation in 1983, corporate expenditures on child-focused marketing have gone from $100 million per year to the current $17 billion per year. Today, the average American child sees 20,000 television commercials annually, according to California State University. And it's no surprise that such a barrage comes with downsides.

Take, as an example, the consequences of food advertisements. A 2007 study by the Kaiser Family Foundation found that such spots, which comprise the largest overall share of child-focused marketing, "are for products that nutritionists would tell us [kids] need to be eating less of, not more of, if we're going to get a handle on childhood obesity."

From that cause comes the predictable effect, as documented by a 2010 UCLA study that showed the more ads a child is exposed to, the more the child is at risk of being overweight.

Fortunately, as opposed to other vexing crises, this problem can be solved with simple steps.

We could, for instance, reinstate the FCC's original regulations. Alternately, we could go further by mimicking the Scandinavian countries that fully outlaw child-focused ads. Or, we could follow documentarian Morgan Spurlock, whose new film, "Pom Wonderful Present: The Greatest Movie Ever Sold," encourages us to learn from São Paulo, Brazil's success in banning outdoor visual advertising.

No matter which of these paths we take, doing nothing should not be an option because advertisers are becoming more aggressive. As the New York Times recently reported, companies are buying "the rights to place advertisements in public school cafeterias [and] on the sides of yellow school buses."

It is yet another sign that the corporate campaign to manipulate our kids is only going to intensify -- unless we put a stop to it.