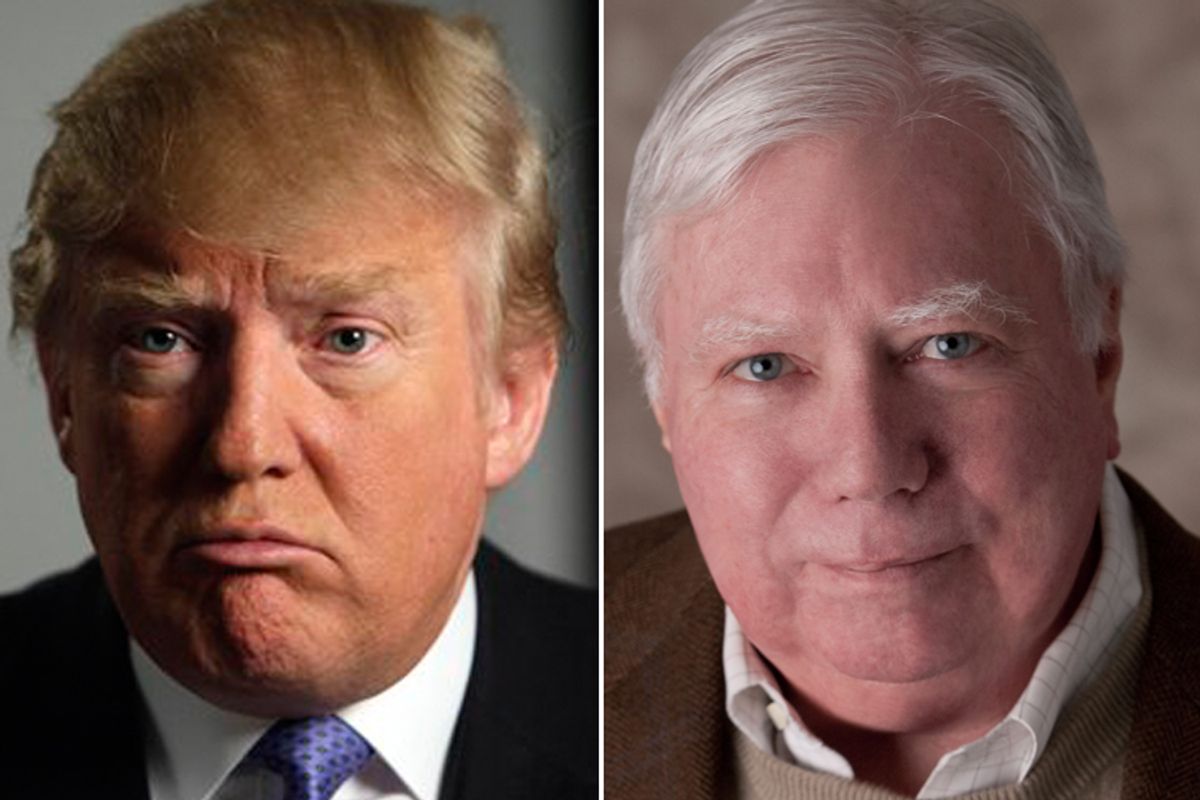 "Where's the Birth Certificate" author Jerome Corsi is beginning to get a bit suspicious about the motives of his one-time ally in birtherism Donald Trump. According to Corsi, Donald Trump told him, personally, that he had "his own computer expert" take a look at the president's so-called long-form birth certificate, and Donald Trump's computer expert -- the finest, classiest computer expert in the world -- told him that it was a forgery. Because of the layers.

But Trump told Mother Jones that he did not actually tell Corsi any of these things. In fact, Trump says he did not even read Corsi's book!

This confuses WorldNetDaily editor Joseph Farah. Is Corsi lying about what Trump said? Did Farah's website just make up some nonsense and publish it because that is what they always do? Or is Trump in league with them?

The answer, obviously, is that Donald Trump is part of the vast conspiracy to make WorldNetDaily look ridiculous. As Farah says:

I have strongly begun to suspect that Trump had other motives than seeking the truth about Obama. I think he was pumping Corsi for information for some other purpose than being on the right side of history.

Plus, WND gave Trump an advance PDF copy of "Where's the Birth Certificate," meaning it is actually impossible that he didn't read it, as he now claims.

Corsi went even further in an interview with (of course) Alex Jones. Jones and Corsi both seem to think that there is a distinct possibility that Trump is coordinating his campaign to make them look silly with the White House!

Becoming a birther was probably the best decision Donald Trump ever made. It caused him to meet such interesting people!