The other new "Thor" movie

"Thor: Tales of Asgard" doesn't have Natalie Portman or shirtless beefcake shots -- but it's still worth watching 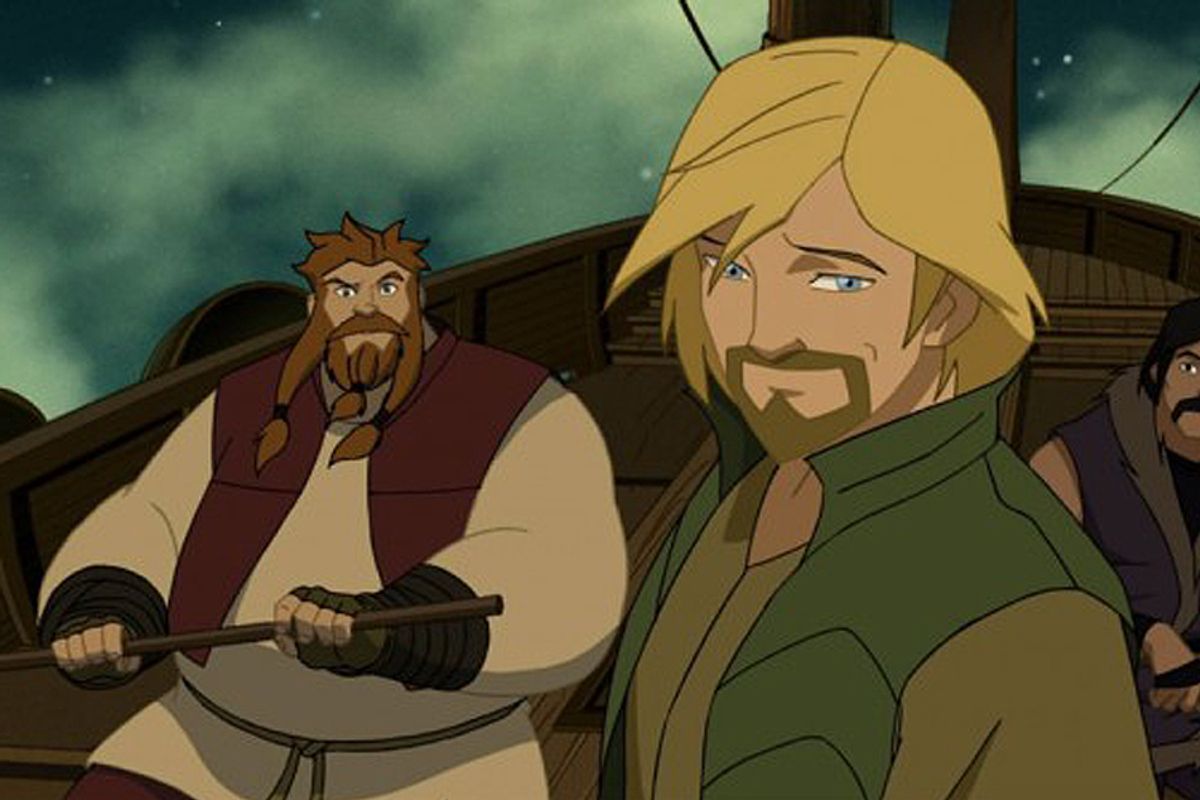 The new "Thor: Tales of Asgard" animated DVD may be the first film to need a "spoiler alert" warning label stuck onto its cover. The plot of this movie is nearly identical to director Kenneth Branagh's blockbuster take on the comic book Thunder God, which goes a long way in explaining why Marvel and Lionsgate released this effort nearly two weeks after the live-action "Thor" hit theaters. The usual protocol for these budget cartoons is to get them onto shelves sometime before the big summer movie so Marvel can introduce any superheroes who aren't Spider-Man, the Hulk or Wolverine to those kids who don't read comics, but do pester their parents into buying DVDs while on family shopping trips to Target.

Just like in the movie that you either rushed to see or are avoiding entirely, in "Tales of Asgard" young Thor heads off to the realm of the Frost Giants with Loki and the Warriors Three in tow and sparks an inter-dimensional incident. In both films, this totally pisses off Odin, Thor's gray-bearded buzzkill all-father who's always going on about diplomacy and restraint like he's John Kerry or something. This time around, however, Thor isn't out to launch a preemptive strike with faulty intelligence. He's only after the flaming sword of Surtur the Fire Demon so he can impress his dad. Odin also doesn't send Thor to Earth to teach him humility, leaving Thor and his pals tasked with getting the hell out of Jotunheim while being pursued by Frost Giants that are way burlier than those skinny Orc-like things from the theatrical "Thor."

The Frost Giants also ride around on mastodons and polar bears in "Tales of Asgard," which may be the coolest thing ever. I liked Branagh's "Thor" a lot, but he would've made the best damned movie since "Star Wars" if he'd just sprung for a couple of woolly mammoths. For fans of the comic books, Hogun the Grim is rendered with the right amount of brooding here, unlike Tadanobu Asano's decidedly un-grim Hogun from the movie, and Valorous Volstagg has the ponderous bulk we've come to expect of him. Also, Heimdall, the guardian of the Rainbow Bridge, is plenty white in this cartoon, which is sure to warm the hateful hearts of the white supremacists that got their sheets in a twist over Branagh's casting of Idris Elba (Stringer Bell from "The Wire") in the role in his version.

The animation here is a bit choppier than previous Marvel-Lionsgate collaborations such as "Planet Hulk" (2010) and "Hulk Vs." (2009). "Tales of Asgard" also doesn't pack as much punch as that pair of aforementioned DVD releases where the Hulk smashes plenty of aliens in an intergalactic arena or slugs it out with a full-grown, hammer-swinging Thor. Instead, "Tales of Asgard" has a bit too much family drama going on, and Odin loses a lot of his godliness when we see him asking his pointy-eared advisor for parenting advice. If you only saw the live-action "Thor" to gaze dreamily into Natalie Portman's brown eyes or to drool over Chris Hemsworth's bod, "Tales of Asgard" has nothing for you. If you have a kid who just can't get enough of Stan Lee and Jack Kirby's reinterpretation of the Norse mythos, this might tide your child over in between trips to the multiplex. But whatever you do, don't watch it if you have any intention of seeing the new "Thor" movie, because "Tales of Asgard" is a spoiler with a 77-minute runtime.