The changing face of Abraham Lincoln

Slide show: As the Union crumbled 150 years ago, the president's appearance began to change dramatically 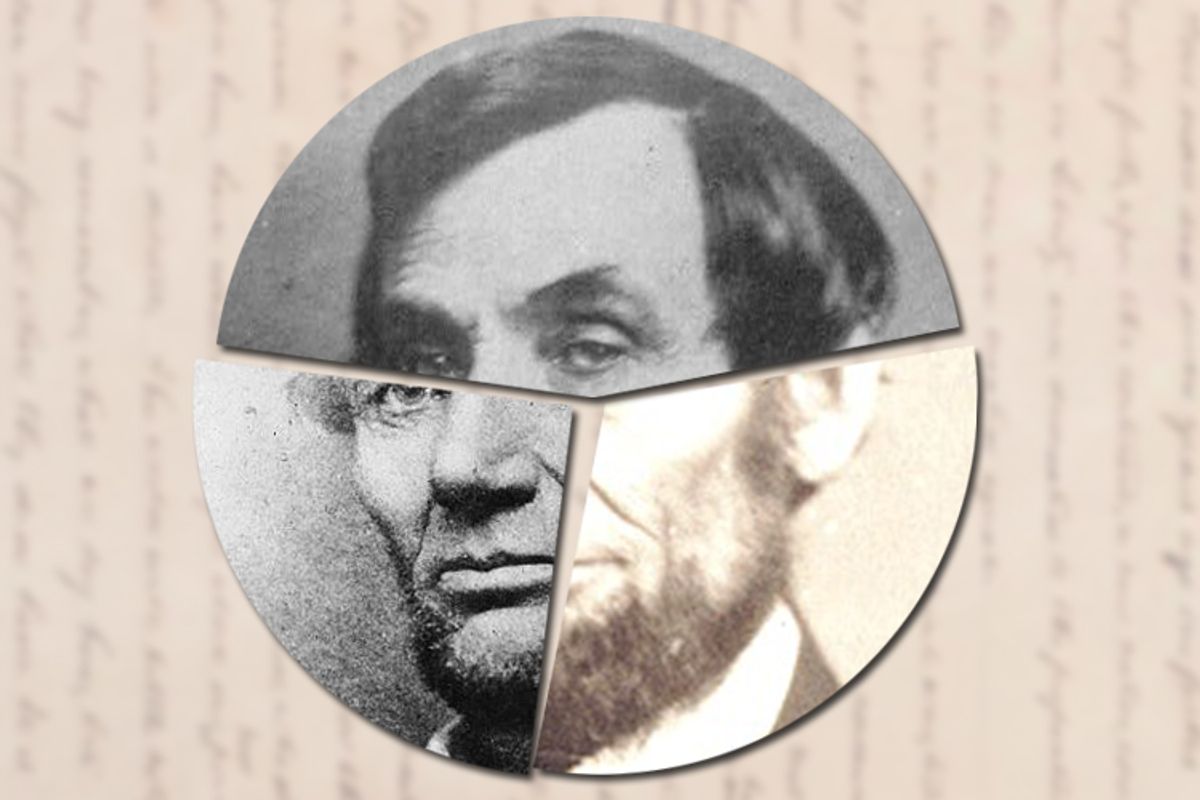 When Abraham Lincoln was elected president on Nov. 6, 1860, most Americans had only a vague idea of what he looked like. Engravings of his likeness had been published in various newspapers around the country, mostly in the North, but some of these illustrations purposely distorted his facial features (the modern version of airbrushing) or simply failed to render accurately his less-than-handsome countenance. In 1856, an Illinois editor, who saw Lincoln in person as he gave a speech, remarked that the politician was "crooked-legged, stoop-shouldered ... [with] anything but a handsome face."

Lincoln was aware of his homeliness. One popular story, which might be apocryphal, claimed that a political opponent called Lincoln "two-faced" during a public debate. Without missing a beat, Lincoln replied to the crowd: "I leave it to you. If I had another face, do you think I'd be wearing this one?" For those who knew him well, however, they found Lincoln's expressions to be soft and kind, despite a look of melancholy and sadness that never seemed to fade from his eyes. The poet Walt Whitman believed that Lincoln's face was "so awful ugly it becomes beautiful."

In this slide show -- which features photographs of the man from the time of his election in 1860 until the spring of 1861, a period during which the secession crisis divided the United States in two and the Civil War began with the surrender of Fort Sumter -- you may judge for yourself how Lincoln looked as he ascended to the presidency and took on the burden of a nation divided against itself. In many instances, these photographs became the first accurate images the American public saw of the man who would either restore the Union or let it perish forever.

Glenn W. LaFantasie is the Richard Frockt Family Professor of Civil War History at Western Kentucky University. He is working on a book about Abraham Lincoln and Ulysses S. Grant.