Obama going to Missouri to offer help in healing 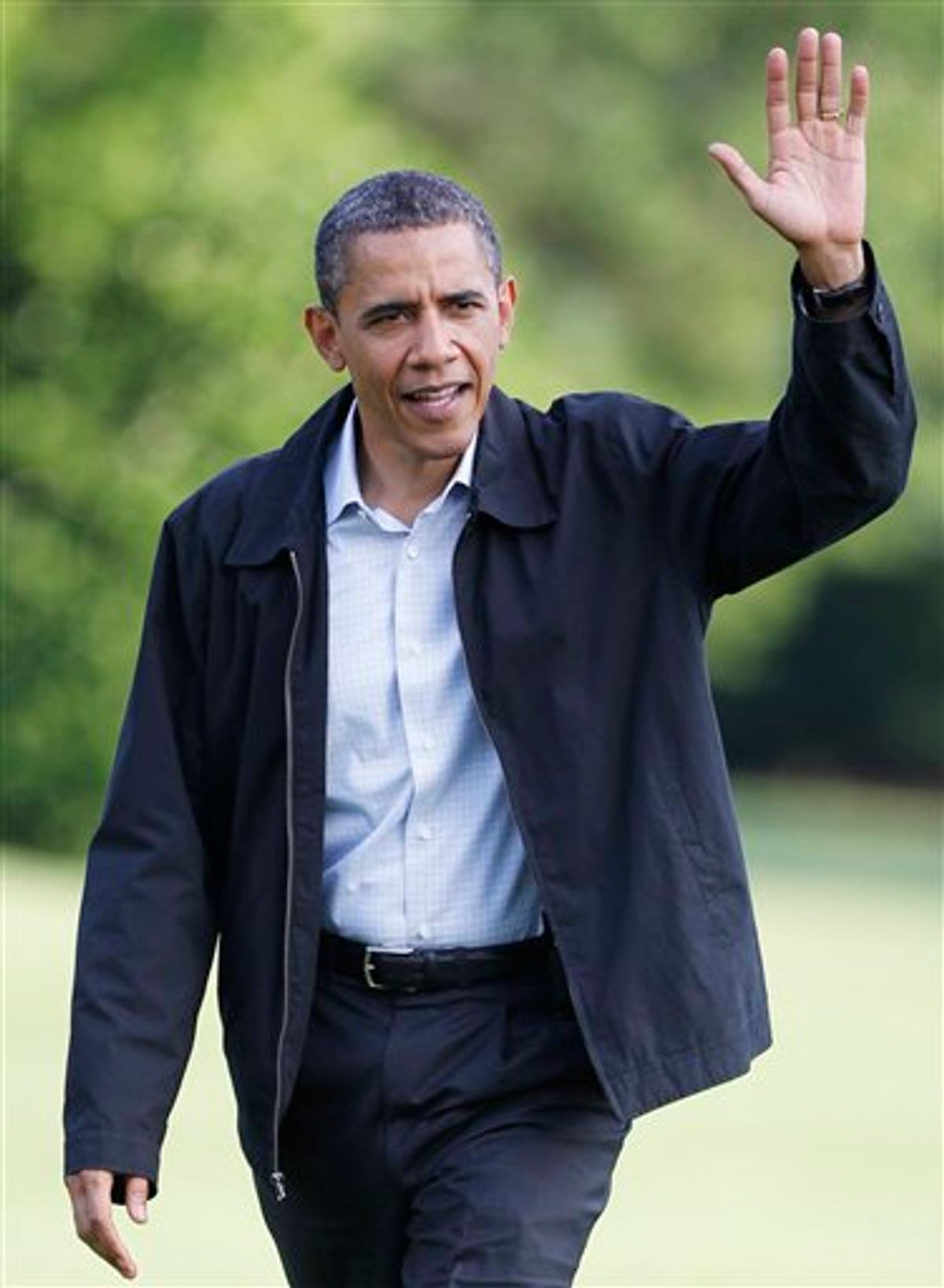 President Barack Obama is pivoting from diplomacy on the world stage to the intimate and delicate domestic task of acting as healer-in-chief to a devastated community.

The president travels to tornado-wrecked Joplin, Mo., on Sunday, a day after returning from a six-day European tour of Ireland, England, France and Poland.

After days of focusing on the U.S. relationship with the rest of the world, he'll turn to an even more critical connection: his own, with the American people.

The president will visit with survivors and family members of the worst tornado in decades, a monster storm that tore through Joplin a week ago leaving more than 120 dead and hundreds more injured. A hundred more are unaccounted for, and the damage is massive.

The president will tour destroyed neighborhoods in the city of 50,000 in southwestern Missouri, and speak at a memorial service being held by local clergy and Gov. Jay Nixon for those who lost their lives. He'll offer federal assistance, and his own condolences.

It's a role Obama has had to assume with increasing frequency of late, after the mass shooting in Arizona in January in which Rep. Gabrielle Giffords was injured, when tornadoes struck Tuscaloosa, Ala., last month and more recently when flooding from the Mississippi inundated parts of Memphis, Tenn.

Such moments can help define a president, but habitually even-tempered Obama is more apt to offer handshakes and hugs than tears and deep emotion.

Though times of trouble can erase politics and unite people, a phenomenon Obama has commented on, his task as healer Sunday will be carried out on unfriendly political ground as his re-election campaign approaches. Obama narrowly lost Missouri to Republican John McCain in 2008, but in Jasper County, where Joplin is located, McCain won by a large margin: 66 percent to 33 percent.