Who needs Mitch Daniels? We've got the would-be presidents the GOP should really be recruiting 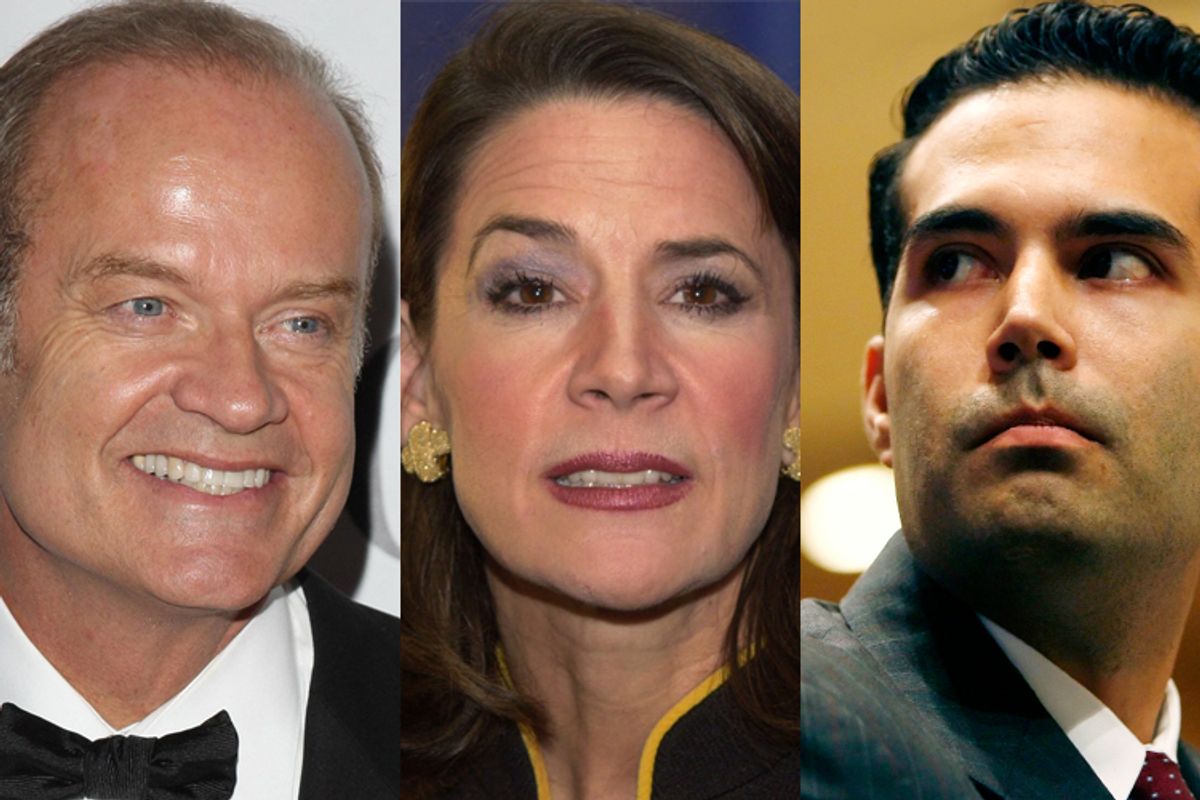 Rick Perry, Mitch Daniels, Chris Christie, Marco Rubio -- the list of serious-minded candidates Republicans wish were running for president is already longer than the list of people actually campaigning for the job. But most of these dream nominees are reluctant to enter the race.

What the GOP really needs is some new energy, and we've got just the people. Here's who the Republicans should actually be convincing to take a shot at the White House:

Guess what, America: The young, sexy, Latino George Bush turned 35 last month! He's also a war veteran, like the George Bush we remember sort of fondly, and not a lazy screw-up, like the other one. (Oddly, G. P. Bush didn't join the Navy until he was 30, which, you know, dude loves his country, but it's also a decision that won't hurt should he ever decide to run for something, right?)

The former Florida secretary of state and member of Congress has great name recognition and impeccable conservative credentials. Sure, she lost when she ran for the Senate, but that was a bad year for Republicans everywhere! She's ready for a comeback.

Strengths: Has awesome nickname: "The Hurricane."
Possible weakness: Possibly too competent and well-respected.

I mean, wouldn't it save them some money to just run things themselves instead of having to pay millions of dollars to politicians and think tanks and shadowy nonprofits? They are very rich, which is basically how Americans determine a person's moral character these days.

Strengths: Have all the money.
Possible weakness: The Supreme Court recognizes massive energy conglomerates as people for most practical purposes but does not yet allow them to hold office.

He's a conservative with crossover appeal, because he also played some sort of effeminate NPR therapist from Seattle in a sitcom that liberals used to watch, in the 1990s. And he can sing!

Strengths: Has done a lot of drinking and cocaine, just like our last two presidents.
Possible weakness: "Down Periscope."

This adorable teenage crooner is beloved by everyone from tween girls to the mothers of tween girls, and he loves this country, as he proved when he sang that awful 9/11 song that one week. Not the Neil Young one, the one about how the singer doesn't know the difference between Iran and Iraq -- just like Tim Pawlenty!

Strengths: Seems to have innate ability to win voting-related contests, even when competing against people who are by most objective measures significantly more talented.
Possible weakness: Unable to hold a microphone correctly.

Remember when everyone wanted to change the Constitution to allow Austrian-born Schwarzenegger to be president? That never happened, but now we've got a little natural-born Governator! Obviously there are other American-born Schwarzenegger children but they are also Kennedys and thus unable to win a Republican primary.

Strengths: Is maybe really strong, like his secret father?
Possible weakness: Hard to campaign when media feel obligated to blur your face out of every photo and video.

A proven leader in the war on terror, the Russian strongman also introduced a flat tax in the Russian Federation, making him an economic expert in today's GOP. Plus, he doesn't just complain about biased journalists -- he does something about them!

Strengths: Can survive for days in the woods armed only with his wits, has shown a willingness to kill rivals.
Possible weakness: None at all. Vladimir Putin is the best Republican presidential candidate imaginable.