In Rome, Gen. Melud Massoud Halasa says at most ten generals are still loyal to Gadhafi 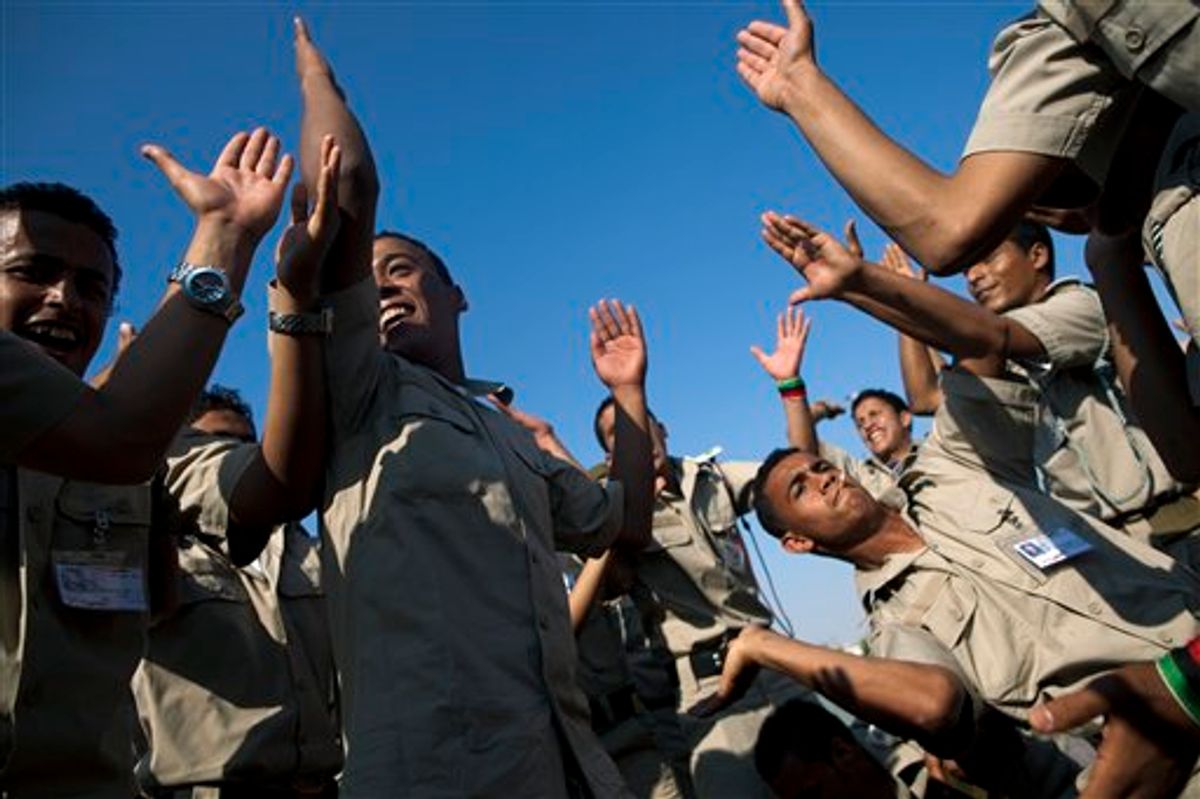 Five Libyan army generals who defected from Moammar Gadhafi's regime are appealing to fellow officers to join them in backing the rebels.

Italian foreign ministry officials presented the generals, two colonels and a major at a news conference in Rome Monday.

Gen. Melud Massoud Halasa said Gadhafi's forces are only 20 percent as efficient as they were before the rebellion, and at most 10 generals are still loyal to him.

Mahmoud Shammam, of the Libyan Transitional National Council -- also speaking at the conference -- said other officers, based in Tripoli or the rebel-held city of Misrata, have also fled to Tunisia.

Shammam's account, along with his claim that some 120 officers have fled in recent days, could not immediately be verified.