Being a prude in a family of libertines

My mother is famous for writing about women and sex. Why did I choose a life so different from hers? 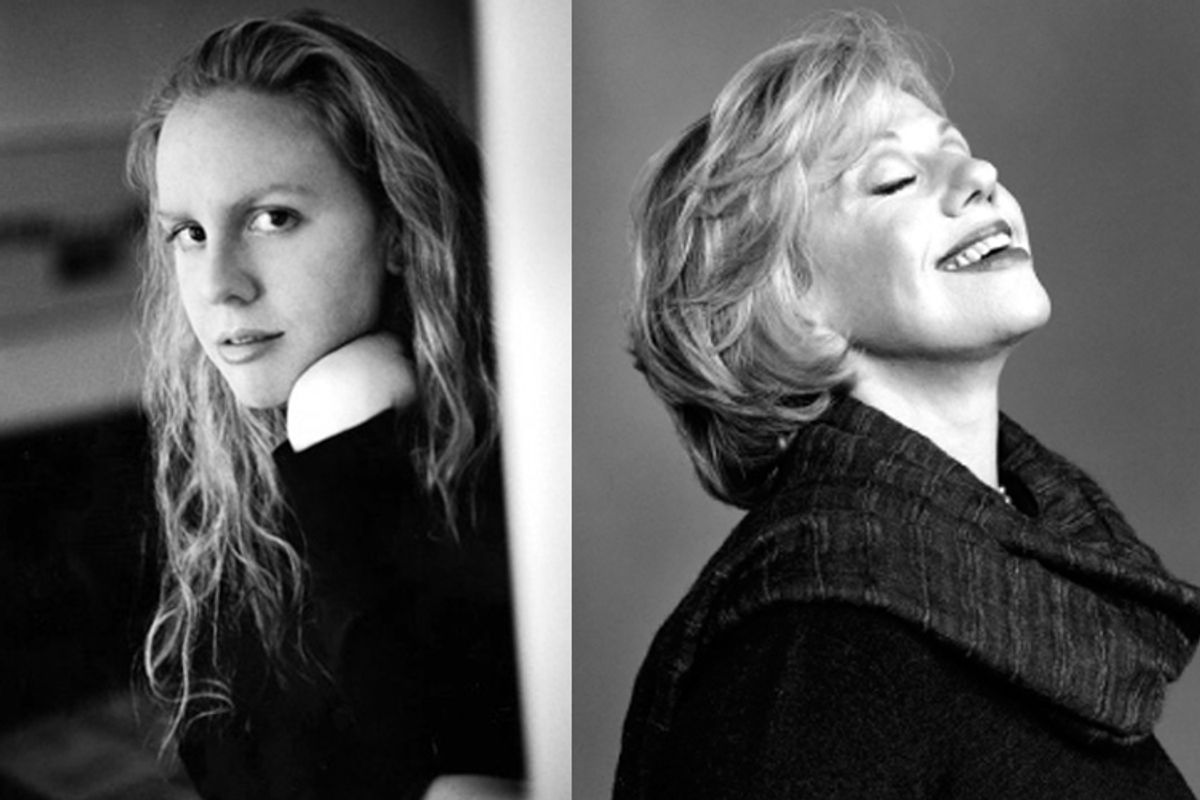 My mother fought for free love and the right to sexual expression. I fight the traffic as I squire my kids up and down Madison Avenue. Both sets of my grandparents had open marriages. I have a closed marriage (that’s where you only sleep with the person you are married to). My mother’s mother tells stories of sleeping with my grandfather in the woods and smoking "grass." There are not a lot of woods where I live in Manhattan. If it is every generation’s job to swing the pendulum back, then I have done mine.

My father’s father (Howard Fast) was famous for his communism, Spartacus and his various exploits with members of the opposite sex around Hollywood. One of my aunts is known at her prep school for being straight then gay and then straight again. A deceased grandaunt of mine was notorious for being one of the most sexually active octogenarians at The Hebrew Home for the Aged.

And what of my parents? When I was but a young girl I wandered into my eighty-year-old grandfather’s bedroom to find on the bedside table the book Beyond Viagra staring back at me. Yes, the Jongs, and the Fasts may have little in common but their love of freedom, fear of oppression, and their need for lubrication.

All this railing against familial nakedness begs the question: am I a prude? Well, I dress like the Orthodox (long skirts, no wig), have been held up by Wendy Shalit as a role model, and have been married (to one man) since I was twenty-four. The short answer would be yes. Yes in the eyes of Erica Jong, I am a prude. (Of course Erica Jong did have a threesome with a certain hideous feminist author who could be described as MC Hammer if MC Hammer were a white lesbian. Portia de Rossi she is not. Hell, Andrea Dworkin she is not.)

I grew up in a world that was just the opposite. I grew up in a culture obsessed with sex. My childhood was punctuated by salacious New York Post headlines. As a girl I remember watching the Anita Hill-Clarence Thomas hearings on CNN. I was sitting in my mom’s bedroom, playing with stickers and asking her what a "pube" was.

The 1980s in New York City were a time of contradictions -- a time of limousines riding by homeless people, a time of the richest and the poorest as neighbors, living side by side, stealing from the other. The city was boiling with rage, with fear, with crime, and with sex. Sex was everywhere -- from sex crimes like the Central Park Jogger case to Donald Trump’s divorce from Ivana, to sex clubs like the Vault. Back then pornography was on basic cable (it was on channel J). Sex was everywhere.

Sex was piped into our lives through the media. The library was popular because it housed "Tiger Eyes," which was the dirtiest of the Judy Blume oeuvre. From books to TV, my teenagehood was hugely influenced by the musings of Aaron Spelling with his "Beverly Hills 90210"and "Melrose Place." I watched reruns of "Three’s Company" --  which was filled with innuendo and sexual hijinks that would have been considered pornographic when my mother was a girl. No matter how unsexy a show was, it seemed they always dedicated at least one or two episodes to teen pregnancy or STDs or date rape or some other "sex"-related theme. There was the usual media schizophrenia about sex, but whether it was promoted or profane the topic was still very much in the forefront.

But by 1988 AIDS was just starting to be picked up by the mainstream media. The thing that affected every single girl on the Upper East Side of Manhattan was the AIDS infection of Ally gertz. Ally gertz had been a popular girl who had gone to a private school and did everything right ... Everything right, until she met a cute bartender at Studio 54. She had one one-night stand, and from that she became infected with AIDS. She became a one-woman mission for AIDS awareness. She was a hero, but she was also a victim.

Soon after, someone decided that talking about sex would keep kids from having it, or if they did have it, they would have it safely. People were always asking me if I wanted to talk about sex. I endured hours of school sex education lectures. I went to a very progressive middle school where they had our eighth grade classes go out to the local CVS to buy condoms. The hippy ideal behind this misadventure was that if we were not embarrassed we would be more apt to go off and buy condoms and use them.

My two dorky best friends and I bravely walked down West Eighty-eighth Street. We bravely went into the drugstore. My friend Stephanie was not the type to suffer fools gladly. So as we giggled insanely she took the bull by the horns and bought the prophylactics.

Later we unzipped our backpacks and placed the condoms in the center of the large wooden table. The teacher congratulated us for our courage and ability to remove money from our wallets. We then proceeded to open the condoms and put them on bananas. Even at the tender age of twelve we understood how profoundly misguided our teachers were. We weren’t stupid idiots. We knew how to go into a store and buy things. Most of us smoked at least a few cigarettes a day by twelve years old. We weren’t short bus riders. Kids have unsafe sex because they think they are invincible not because they are too stupid to buy condoms. It did not create a class of safe-sex zealots, as I think our teachers might have hoped. It did, however, make sex seem somehow unsexy.

I am my mother’s worst bourgeois nightmare. I live on the Upper East Side. I have three children -- all by the same man! I never slept with a man who wore cowboy boots. I have never been to a sex club. I have never had a Dominican divorce. I did, however, go to rehab, but that is for "the most drugs I ever had" anthology or possibly "the where did my teens go" anthology. I am a low-rent yuppie, shuttling my children back and forth to the various and sundry activities and involving myself in the Parents’ Association. I am the person my grandmother and mother would have watched in silent scorn. I sometimes tell my children that my most important job is taking care of them. I am not saying that I am a better mother than my mother. In fact, I am probably a worse mother than my mother, but I am a more traditional, or should we say, repressed mother than my mother. For example, in this book the great and talented Julie Klam tells her daughter to call her vagina her front. She shows this as an example of her repression. I call this an example of her brilliance.

Excerpt from "Sugar in My Bowl" courtesy of Ecco, copyright Erica Jong 2011.

Molly Jong-Fast wrote about her wild life as a girl in 1990s New York in a novel, "Normal Girl," and a memoir, "Girl [Maladjusted]." Her third book, "The Social Climber's Handbook," came out in April 2011 from Villard/Random House. She lives in New York City with her three children and two lizards, and her husband who does not like to be written about, at all, ever.