11 options for a post-Ed Schultz MSNBC

Just in case the relationship can't be fixed, here's who we might want to watch at 10 p.m. 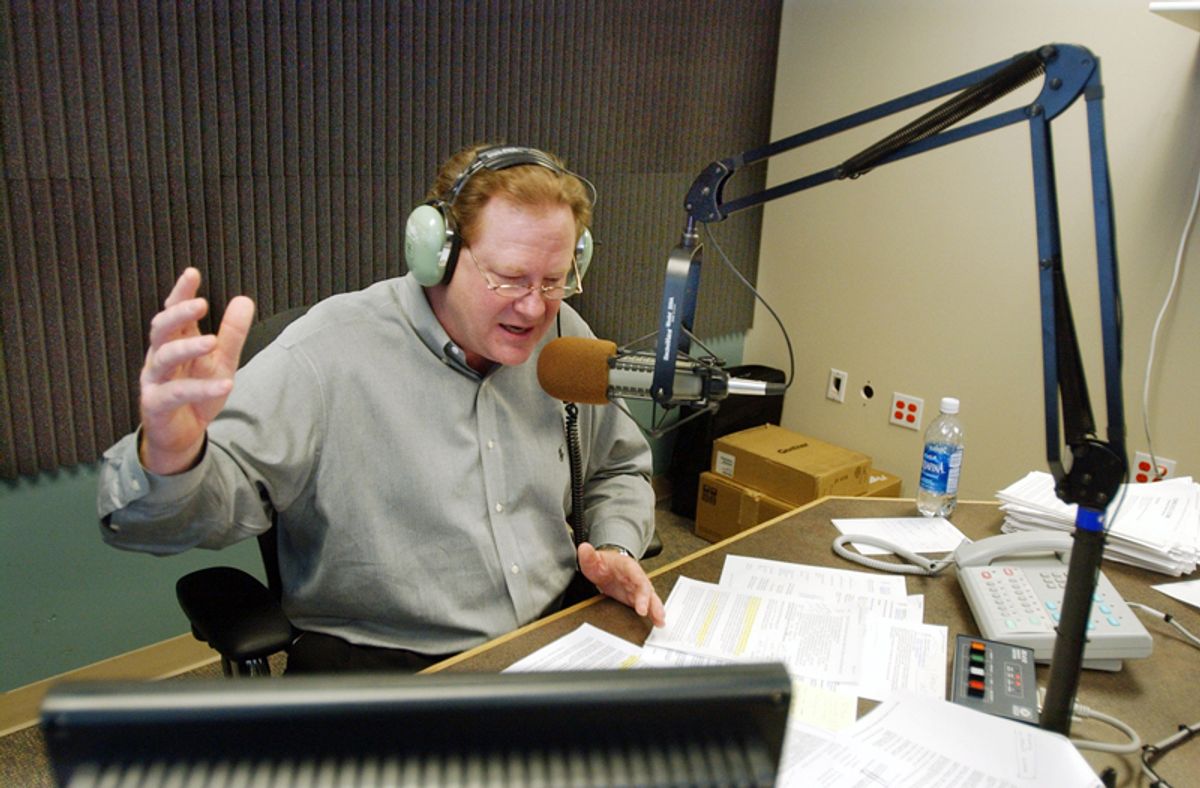 Ed Schultz should be back on MSNBC this week following his suspension for calling conservative pundit Laura Ingraham a "right-wing slut" on his radio show. But even after his apology and suspension, it would not be surprising if the occasionally liberal cable network and the populist Midwestern radio talker parted ways. Schultz isn't a great fit at MSNBC. They have left him out of promo campaigns, unnamed staffers have leaked embarrassing stories about him, and network golden boy Joe Scarborough mocked him on-air. If he doesn't get fired, he still might quit.

But that would leave MSNBC, already suffering from the loss of Keith Olbermann, down another hour of liberal punditry. Who could they get for 10 p.m. who'd actually be worth watching? We have some suggestions, even though they will probably just get some odious hack like Martin Bashir again.

If you just gave these two comedians and Air America vets an hour with which to do as they please, you'd have compelling television every day. Either could do it on his own -- Seder filled in for Olbermann on occasion, Maron co-hosted Air America's morning drive-time show -- but both would make for a more eclectic, entertaining show that would not necessarily just be a guy shouting about how John Boehner is orange for an hour.

The co-creator of the Daily Show and already a frequent Ed Show guest, Winstead has extensive TV experience and would have no trouble attracting great guests and contributors. Of course, MSNBC most likely thinks one primetime opinion show hosted by a woman meets their quota.

In addition to being universally respected with a long experience in news on both radio and television, Suarez is my mom's favorite person on public radio. It would also be nice to have someone discussing Latino news and issues on a cable news station who isn't a racist white man.

This would be a hilarious move that would enrage conservatives everywhere, but Sharpton could also use the platform to talk about the things he talked about when he ran for president: Poverty, institutional racism, the death penalty, and social and economic justice.

Smith belongs on Fox, where he seems to be subtly (or not-so-subtly) satirizing the Fox atmosphere of constant fear with things like his breathless bear alerts, but if he was on MSNBC liberals wouldn't have to turn the channel to Fox for an hour every afternoon.

Ok, maybe not necessarily Toure, but remember when MSNBC hosted that town hall on the African American experience in America and Ed hosted it? That should've been a wake-up call about the inescapable whiteness of their current talent roster. (Attn. Steve Capus: There are also a lot of very successful and popular black syndicated radio hosts! I might not watch "The Bev Smith Show" every night, but plenty of other people would!)

He was a pretty middle-of-the-road talker in his Headline News days, so why couldn't he just become the liberal lifestyle guru/infomercial pitchman version of himself?

Just air the BBC World Service every day. Yeah, it's on most PBS stations, but how revolutionary would it be for an American 24-hour cable news network to have a full hour of reported international news every night? (Alternatively air an hour of al-Jazeera English, as a public service.)

These would probably be competitive with CNN most weeknights.

But instead of talking about economics they should be the celebrities on an updated version of "The Match Game."

Think about it: Jay Leno, America's favorite funnyman, on every night at prime time. What could go wrong?