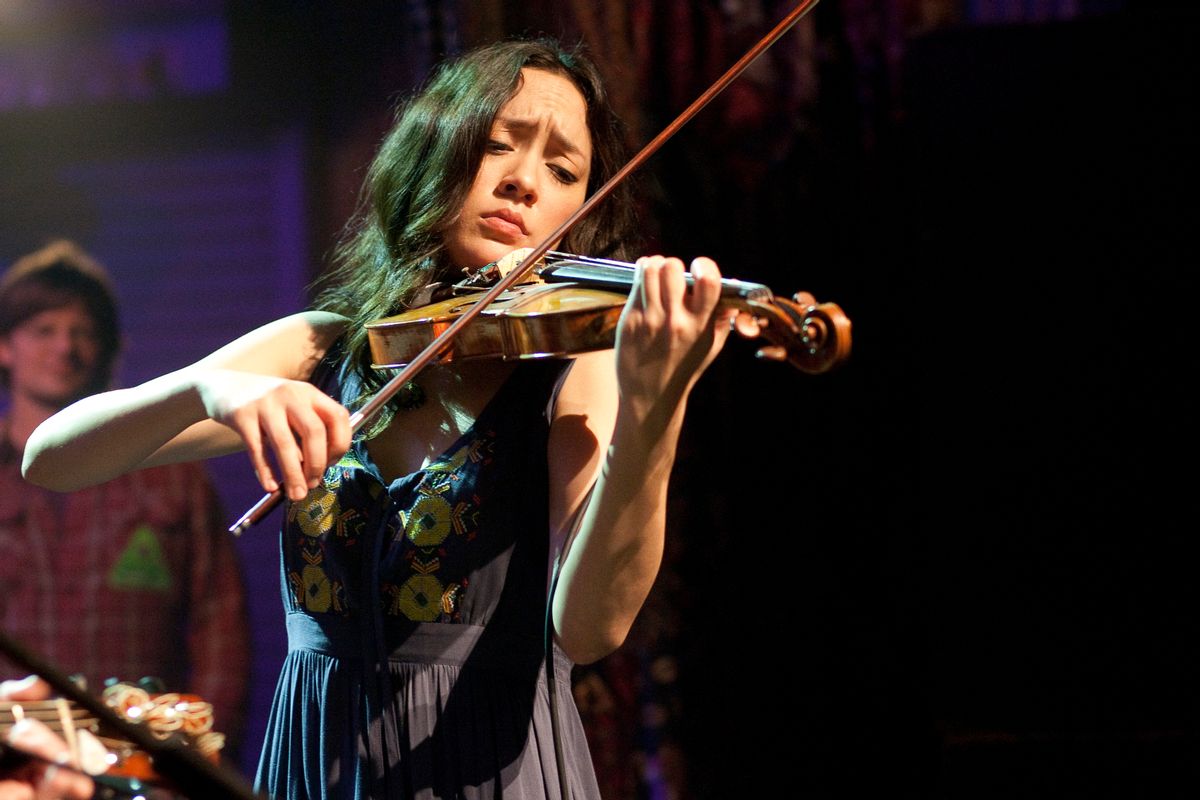 David Simon's New Orleans drama "Treme" is very good at many different things, but it has a special knack for showing how artists make art, and what it actually means to make a living from creative work. It's not easy; in fact it's often infuriating, because society at large tends to see creative work as somehow "easier" than other kinds, and because artists themselves tend to be somewhat more eccentric or even volatile than other kinds of people, and more likely to be disconnected from mundane reality.

To say that "Treme" gets all this would be an understatement. In fact, the creative process is often the glue holding the show's other disparate elements together.  The most recent episode, "Feels Like Rain," moved this element into the foreground to such a degree that it practically subsumed everything else. It showed the similar thought processes that connect chefs and musicians, and then went further, illustrating how all of life is a creative act, one that's ultimately about creating newness and joy (if we're lucky) and connecting the lessons (and creative achievements) of the past to the present. I was struck by how many of Janette Desautel's lines echoed conversations occurring among the show's many musicians, and how Albert Lambreaux's discussions of sewing mirrored his son Delmond's struggles this season with finding his own voice as a jazz man, a composer-performer trying to reconcile a modern sound with his New Orleans roots. There was a sense that it was all connected, all of a piece. "Treme" always insists on this, of course, but "Feels Like Rain" (written by Tom Piazza and series co-creator Eric Ovrermyer, and directed by Roxann Dawson) put a spotlight on it.

A stray voice overheard during a school marching band rehearsal warned, "We cannot be as good as...You must be better than..." Davis McAlary sounded almost like a restaurant critic reviewing a dish when he said his new band was "Brass funk hip-hop with a bounce twist, heavy on the bass." There was a wonderful bit with Janette very carefully arranging capers on a very thin salmon fillet -- the capers faintly reminding us of the beads that Delmond needed but could not get for his sewing -- and saying, "I think I finally, I don't know, hit my groove with this one." Janette ate what looked like a fabulous meal with Delmond (every meal on "Treme" looks fabulous!) and explicitly connected food and music -- how could she not, with a chef and a musician sitting across each other at the same table? Delmond said, with a touch of wonderment, "I don't think you get to pick to do what you like."

The Dallas developer Nelson Hildalgo had lunch with one of his main connections in town while Annie performed with a trio onstage, and Hildalgo's contact, who's New Orleans to the bone, singled out the clarinet player and said that he reminded him of another clarinet player. (It wasn't dismissive, but complimentary; he was just making an observation.) Antoine decided to hire somebody else to handle the unpleasant administrative grunt work of his band after firing the perpetually tardy Sonny and getting cursed out by him in Dutch; the scene was staged in a way that made us aware that Antoine was hiring a right hand man, or a "straw boss," and this in turn connected that scene with the subplot about Janette returning to New Orleans from New York to help her longtime sous chef, who'd ended up in jail for lack of papers.  (The straw boss = the sous chef.)

There was also a wonderful thread running through the whole episode that dealt with the intent behind creating art, and the effect it has on the art itself and on audience response. How political do you want your art to be? How explicitly should the political aspects be expressed? Does getting too political make the art less universal, or more dated? Is art more effective when it makes you think, or when it makes you feel? If you have to choose just one, which should it be?

Davis' "Brass funk hip-hop with a bounce twist, heavy on the bass" described the sound of his new band, but not its purpose, which was to call attention to the plight of New Orleans citizens post-Katrina; he even cited Public Enemy and the Clash as primary inspirations. But will the music that results from this new venture prove inherently more worthy, more important, than the music of John Hiatt, whose performance of his classic "Feels Like Rain" gave the episode its title?

"Treme" itself seemed to have doubts, and they were expressed in the sequence where Annie and her mentor Harley (played by the great singer-songwriter Steve Earle, one of the show's many refugees from "The Wire") watched Hiatt perform the song and then discussed it afterward. Annie's struggle to become a songwriter rather than "just" a player gave this installment -- indeed, much of season 2 -- a through-line, and that really came through in these bits. As she talked about Hiatt, and about that song in particular, you could sense her working through her own purpose as an artist, and asking, in so many words, "What am I about? What do I want to express?"

She thought the song perfectly captured what it was like to be alive in New Orleans in the years following the flood. But then Harley pointed out that Hiatt "...wrote that song 20 years ago, darling, when you had training wheels on your bike and nobody had even heard of Katrina." In other words, it was the perfect song for that moment in New Orleans history, and that point in Annie's own personal history, because it wasn't trying to be anything but an expression of whatever the songwriter happened to be feeling when he wrote it. (The song Annie was heard working on near the end of the episode sounded much more natural and affecting than the one she was working on last week; whatever lesson she learned must have stuck.)

Has there ever been a dramatic series that talked about art in such a nitty-gritty way? If so, it's not springing to mind. The talk about music and art and food and the creative process generally reminds me of being a kid and hearing my jazz musician parents talk about music, and writing and performing, while playing records for each other on the family turntable. That brilliant early scene with Antoine telling his students about jazz, and pointing out that jazz improvisation is essentially writing music in real time, reminded me of something that my dad, a jazz pianist and composer, told me years ago: "Most people don't realize that improvisation and composition are different versions of the same thing. Improvisation is composition speeded up. Composition is improvisation slowed down."

"Treme" is valuable for a lot of reasons, but one of its subtle, at times almost secret values is its ability to demystify the artistic process and show that it's slightly mysterious in its heart but ultimately practical in its details. It's like any other pursuit: you just keep working at it and working at it until it feels right, and if you're experienced and are paying attention, you realize you've made your point, and know when to stop.