Through his odd behavior, the New York congressman manages to convince the press he's hiding something 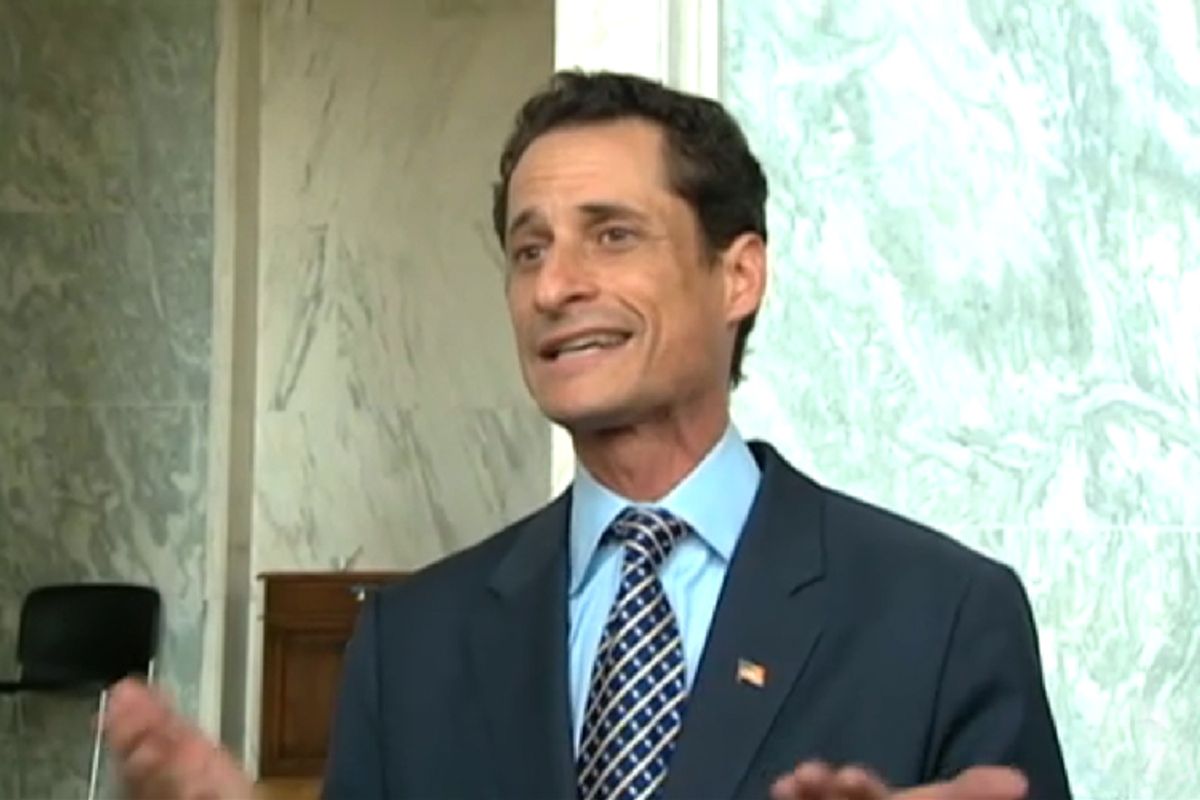 Anthony Weiner at a press conference on Tuesday.
--

(UPDATED BELOW WITH NEW WEINER STATEMENT) We still don't know the origins of the crotch shot sent out from Rep. Anthony Weiner's Twitter account over the weekend -- whether it was the result of a hack or originated with the congressman himself.

What's certain right now is that Weiner, through his odd behavior over the last 24 hours, has succeeded in convincing much of the press that there's at least a possibility he was responsible for sending the lewd image to a college student in Washington state.

The shift in the seriousness with which the press is treating the story can be chalked up above all to Weiner's painfully awkward press conference yesterday. For a full seven minutes, he repeatedly told reporters he was done commenting on the Twitter story, while unsuccessfully trying to change the subject to Clarence Thomas.

But reporters predictably found it odd that Weiner -- whose office has said he was the victim of a hack -- refused to answer several basic questions, including, was that him in the photo?

He later refused to answer repeated questions posed by  Talking Points Memo's Benjy Sarlin, saying that "after two and a half days of statements that answer these questions that I'm not going to keep drilling into further details and further details, even one ... even the easy questions, even the obvious questions, even the ones I've answered before." (The site is running the story with the headline "Dem Rep. Weiner Refuses To Answer TPM’s Questions On Twitter 'Hack'".)

The result of all these refusals? Here's a picture of the scene outside Weiner's office today.

Meanwhile, the Capitol Police, the force charged with protecting Congress, has said it is not investigating the Weiner incident. And he has declined to answer questions about whether he has reported the alleged hack to authorities.

What Weiner's office has said is that he hired a lawyer to explore "civil or criminal actions" in response to the incident. But the office has not named that lawyer or elaborated on what sort of actions they're considering. One editor at Politico pointed out that Weiner "can't explain why he's not going to law enforcement."

Weiner's enemies in New York, where he is (or at least was) widely seen as a future mayoral candidate, are circling. The New York Post's editorial on Weiner today began like this: "What a creep." Politico quotes one of his rivals saying "he’s in deep doo-doo when it comes to future aspirations."

It's hard to see how this is going to end -- there are no obvious sources of public information that reporters investigating the matter can tap at this point. Perhaps the media pressure will force Weiner to finally report the "hack" to law enforcement (if he hasn't already), or to come clean and admit responsibility (if he is responsible).

Whatever happens, this point from Josh Benson at Capital New York seems right: "[E]ven if the version of events that emerges answers whatever outstanding questions there are about the actual incident, Weiner has now ensured that there will also be questions about his bizarre behavior after the event.

UPDATE: At about 1:45 pm ET, new Weiner quotes from an interview with MSNBC's Luke Russert began circulating on Twitter. Key quote: Asked if the picture is of him, Weiner said, "I can't say with certitude." But he also says he did not send out the picture. So Weiner's version of the story is still not entirely clear.