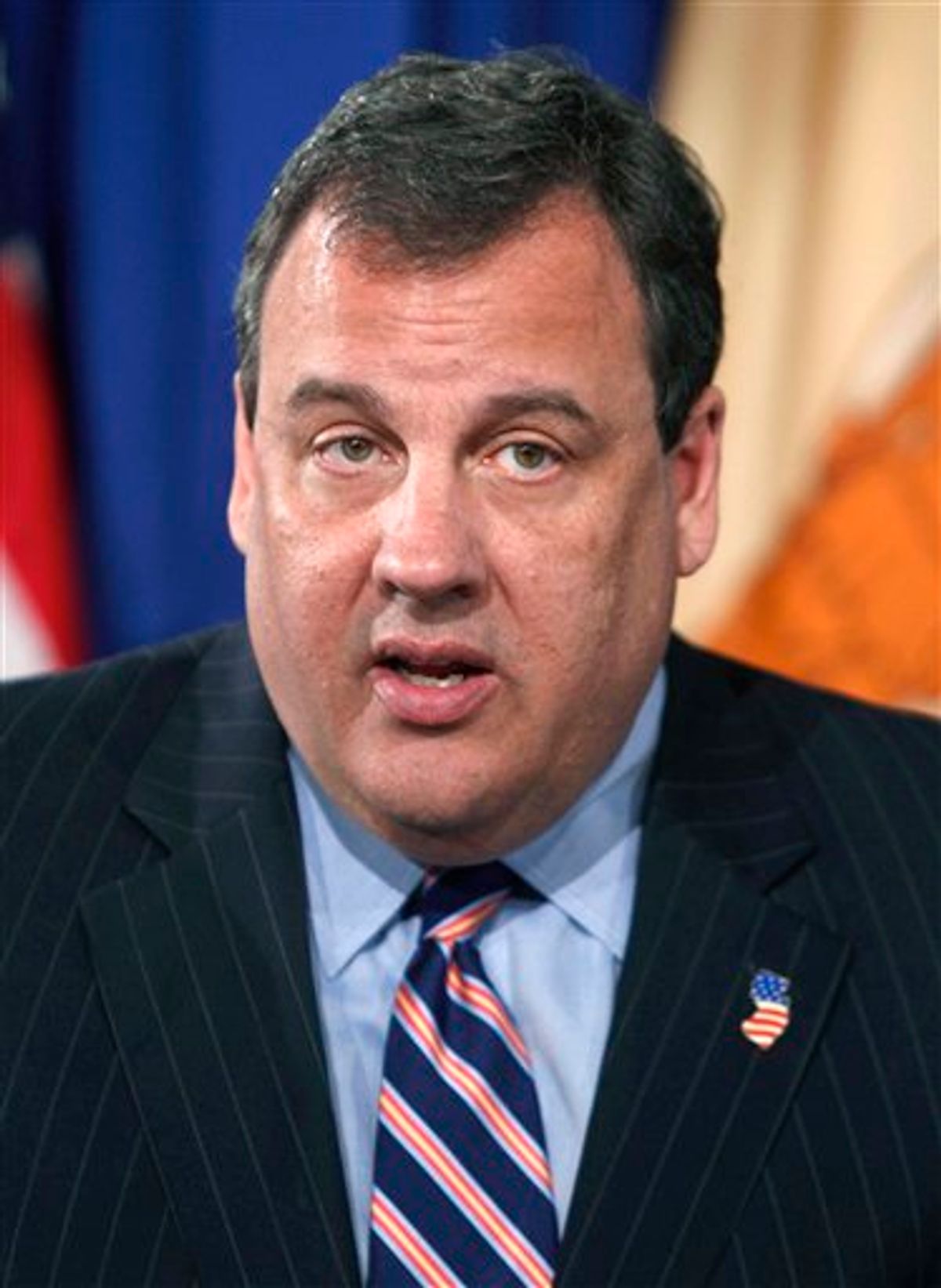 The incident -- which, the Star-Ledger points out, involves a helicopter that cost taxpayers $12.5 million -- occurred on the same day a group of Iowa Republicans came to New Jersey to visit Christie and try to persuade him to run for president. The paper reports:

Right before the lineup cards were being exchanged on the field, a noise from above distracted the spectators as the 55-foot long helicopter buzzed over trees in left field, circled the outfield and landed in an adjacent football field.

And to top it off:

Christie disembarked from the helicopter and got into a black car with tinted windows that drove him about a 100 yards to the baseball field.

The exact time line of where Christie was hurrying from -- whether it was that meeting with the Iowans -- is not clear. His office has defended the use of the helicopter "as the schedule demands." But all of this seems particularly tone-deaf for a politician who has made fiscal responsibility and budget cutting his signature issues.

Here are some still shots of the scene at the school: